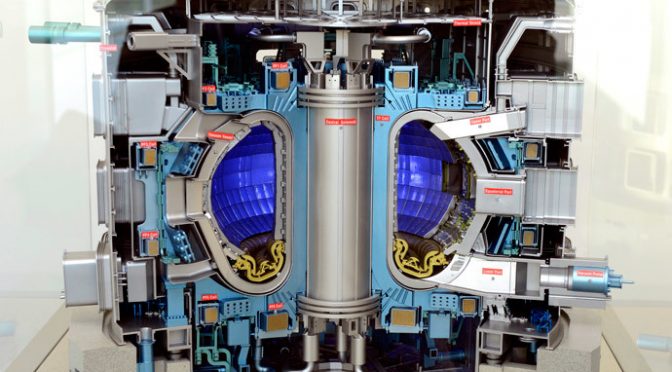 There are more than 6,000 suppressed patents, and a number of them are about producing unlimited energy for the lifetime of the machine without refueling. One of the most celebrated nuclear fusion technologies is cold fusion by Martin Fleishmann and Stanley Pons, announced in 1989.

They have succumbed to the pressure of the Oiligarchy, just like the rest of the free energy pioneers.
Now, Russia and China have taken the free energy movement into a very high profile a subject that it deserves.

Russia is developing a hybrid nuclear reactor that uses both nuclear fusion and fission, said head of leading nuclear research facility. The project is open for international collaboration, particularly from Chinese scientists.
A hybrid nuclear reactor is a sort of stepping stone to building a true nuclear fusion reactor. It uses a fusion reaction as a source of neutrons to initiate a fission reaction in a ‘blanket’ of traditional nuclear fuel.
The approach has a number of potential benefits in terms of safety, non-proliferation and cost of generated energy, and Russia is developing such a hybrid reactor, according to Mikhail Kovalchuk, director of the Kurchatov Research Center.
“Today we have started the realization of a distinctively new project. We are trying to combine a schematically operational nuclear plant reactor with a ‘tokamak’ to create a hybrid reactor,” he told RIA Novosti, referring to a type of fusion reactor design.
“This project is open for our colleagues, the Chinese in the first place. It’s being discussed,” he added.
Being a leading producer in civilian nuclear energy industry, Russia would benefit from improving its plant designs. A hybrid fusion-fission reactor may be several times more efficient than a traditional fission reactor. And building one is “a goal for tomorrow” rather than the distant future, as is the case for a fusion reactor like the famous France-based International Thermonuclear Experimental Reactor (ITER) that Russia collaborates on, Kovalchuk said. Harnessing nuclear fusion for energy generation has been elusive for years. So far no industrial-scale design managed to produce more energy than it consumes to start the reaction, though the California-based National Ignition Facility (NIF) was reported to have achieved this goal on lab-scale by bombarding a fuel pellet with 192 powerful lasers.
READ: Nuclear fusion breakthrough: US scientists make crucial step to limitless power
But nuclear fusion produces neutrons, and those can initiate fission in traditional nuclear fuel like uranium or plutonium. In a hybrid reactor the core fusion zone consumes energy to heat up outer fissile blanket, which on its part generates energy.
A hybrid reactor plant would likely be even more costly that regular nuclear power plants are, considering the complexities of the design. But it is inherently safer, since the reaction in the fissile blanket would be sub-critical, that is, it won’t sustain itself. In an emergency it could be simply stopped in a matter of seconds by turning off the fusion core, as opposed to using dampening rods in a traditional reactor.
Another benefit of a hybrid design is that it ‘burns down’ fissile materials leaving little by-products. So it won’t produce radioactive waste and can even treat spent nuclear fuel from regular reactors.
Rather than taking NIF’s pellet-and-lasers design for the fusion reactor, Russia wants to use a tokamak, a reactor that suspends superheated plasma with powerful magnetic fields, as the core of a hybrid reactor. ITER uses the design too.
A similar tokamak-based project of a hybrid fusion-fission nuclear reactor is being developed at the University of Texas at Austin, although researchers there eye nuclear waste disposal rather than electricity generation as the goal.
source »

One thought on “FREE ENERGY TRANSITION”