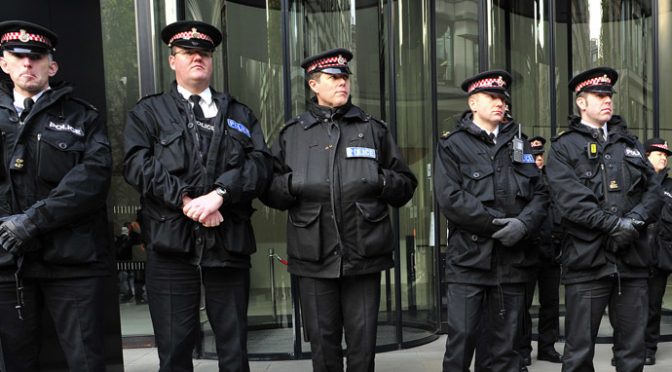 Britain will not charge pedophiles that possess child abuse images because of the high volume of people engaging in such activities.

According to the head of the UK’s National Crime Agency (NCA), Keith Bristow, it was “not realistic” to prosecute the 50,000 people in Britain who have viewed and shared child abuse images.
“Our responsibility is to focus on the greatest risk and tackle those people,” he said.
The British Labour party labeled the NCA’s inactivity as “disgraceful” and said that the NCA was not fit to deal with the problem.
“This is a disgraceful policy from the National Crime Agency and the Home Secretary which sees the vast majority of people downloading vile child abuse images not investigated, while children remain at risk,” said Labour’s Shadow Home Secretary Yvette Cooper.
She went on to say that the NCA has details on tens of thousands of offenders who have accessed images of child abuse, but has only made 600 arrests.
“Of course they need to look first for the most dangerous cases, but it seems most cases aren’t being investigated at all,” she added.
She also said that if the NCA does not have the sufficient resources to investigate all cases, how come “the police arrest more than 220,000 people a year for theft and more than 110,000 for drug offences.”
The NCA is the UK’s lead agency against cyber crime, drug trafficking, economic crime and human trafficking and became fully operational on October 7, 2013.
In September, hundreds of indecent images of school children were found on the computer of a British teacher.
According to the police, nearly 600 secretly taken indecent images of boys aged nine to 12 were found on the computer of Martin Goldberg, the deputy head teacher of a school in Essex, England.
Recent reports show that British schools have witnessed a 40-percent rise in sex-crime reports from 2011 to 2013, with at least 2,865 cases being recorded.
SRK/MAM/AS
source »

Child sex abuse claims against a top Tory were “credible” but not investigated properly, a former government lawyer revealed yesterday.
Christopher Allen said the judge who headed an inquiry into the North Wales children’s homes scandal thought the shock accusations were “too sensitive” to be made public and “best forgotten”.
Mr Allen said the judge, Sir Ronald Waterhouse, reckoned a victim was exaggerating to increase his compensation.
Mr Allen, one of five lawyers on the inquiry in 1996, said: “I felt the allegations were credible.
“I would have loved to have seen him (the Tory) pursued because there has got to be something behind the allegations.”
continue reading »

3 thoughts on “UK Pedophiles: Too Many To Prosecute”