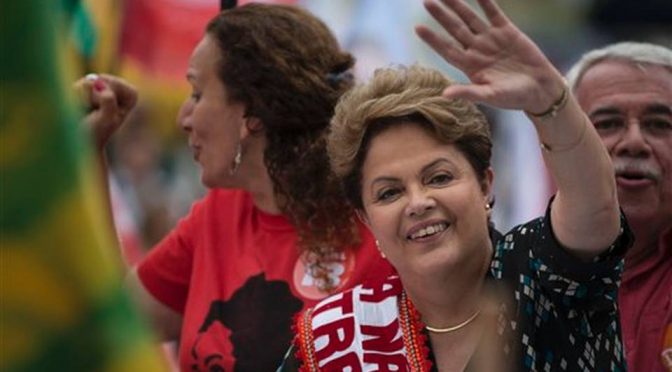 As founding member of the BRICS, Brazil’s Rousseff reelection should ensure further stability on the organization. 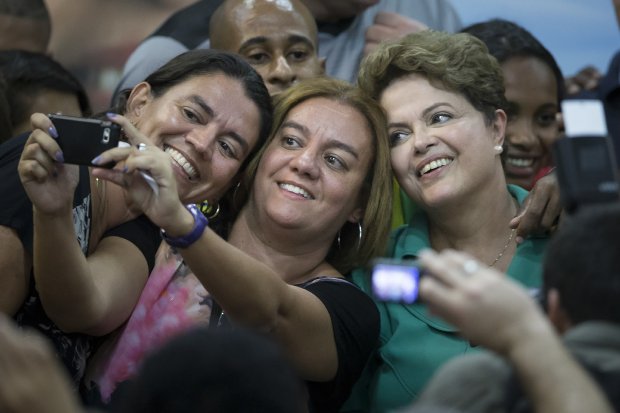 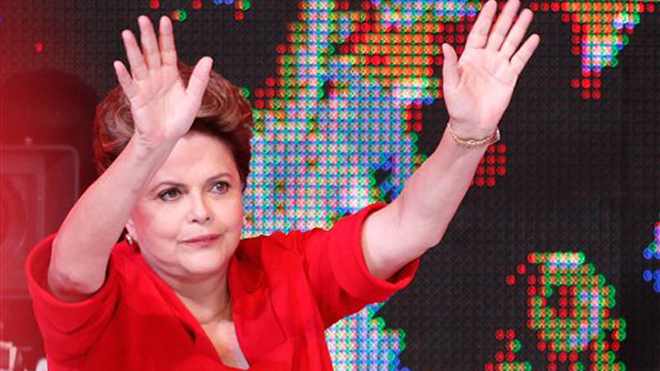 President Dilma Rousseff of Brazil has won a second term in Brazil, taking 51.64 percent of the vote to 48.36% for centrist Aecio Neves.
It was a particularly tight race, with the two candidates technically tied for much of the three weeks of the second round, but Rousseff surged ahead during the last few days.
Election data showed that most of Rousseff’s votes came from the poorer north and northeast, where social programs begun by former-President Lula and continued by Rousseff, both of the Workers’ Party (PT), have lifted millions from poverty. Wealthy population centres in the south and southeast, where people were more concerned about economic stagnation and foreign investment, tended to vote for Neves, speaking to a polarisation along class lines that has characterised much of the race.
“She’s done so much for the poorest people in the northeast,” said Elisia Cardozo Barbosa, 46, a housewife in Brasília. “For me personally, food, meat is cheaper and better quality, medication is cheaper. Lots of things have improved for us.”
Much of the PT’s campaign had focused on these social programs, suggesting in attack ads that Neves would have reduced or eliminated them.
“In the end [the people] decided for what they know,” said Sonia Fleury, political scientist at the Getulio Vargas Foundation. “They chose a government which they know is capable of assuring employment and a minimum wage compatible with inflation, and for giving guarantees to the programs that are important to the poor, and to the workers.”
In a victory speech in Brasília on Sunday night, Rousseff acknowledged that her victory had been narrow, and cited political reform as a priority for her second mandate.
“Sometimes, in history, close results produce stronger and faster changes than wide victories,” Rousseff said. “Among the reforms necessary, the first and most important is political reform.”
Political reform was one of the demands of the country-wide protests that swept Brazil in June 2013, bring at their peak some 1 million people onto the streets. Rousseff attempted to pass a “mini-reform” shortly afterwards but faced serious opposition from congress.
With such a narrow victory, passing something so complex and contentious as political reform is likely to be even more difficult now. Rousseff’s first challenge, said Fleury, would be to build an effective governing coalition, and create dialogue with the opposition.
“She will have a very hard time,” said Fleury. “She must remake her links to the PT supporters, and build bridges, because statistically she must consider the opposition,”
Rousseff also declared a “rigorous commitment to combat corruption.”
Rousseff’s bid for reelection has been hampered by an emerging corruption scandal at state-run oil giant Petrobras which allegedly saw politicians receive kickbacks from contracts in return for congressional votes. Just a few days ago, rightwing magazine Veja published accusations that Rousseff knew about this scheme.
The race has been very eventful. Marina Silva, who came third, entered the race only after former-Brazilian Socialist Party (PSB) candidate Eduardo Campos was killed in a plane crash. Her powerful backstory as a former-rubber tapper from the Amazon, and her call for a “new politics,” quickly pushed her to the front of the polls. But following attacks and some campaign blunders, she lost momentum and and was eliminated in the first round of the election on October 5.
In a short speech after he conceded, Neves said that he was “grateful” to everyone who had voted for him, and that he wished Rousseff success in her new government.
Lucy Jordan in Brasilia, Brazil for The BRICS Post.
source »
Would you like to like to have your own eClinik at home?
You can easily defeat cancer, AIDS and help your body cure all known and unknown illnesses without using drugs, at the comfort of your own home. This is our experience. Find out more about it here.
Every download of our eBook, Towards Healthcare Emancipation – Premium Edition, provides additional funding to our next project.
If you haven’t done so, please like our FB page to encourage others to learn more about our work.
Thank you very much for your valuable support. Mabuhay!