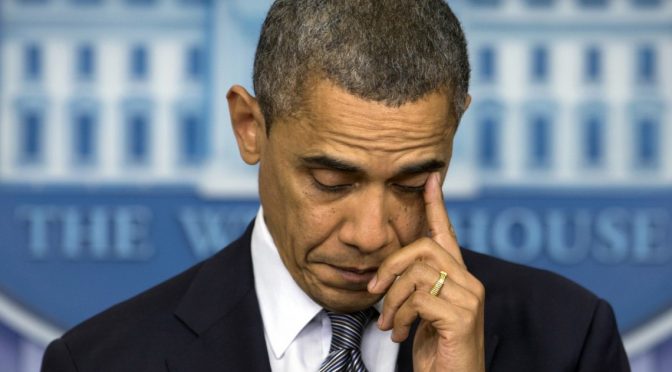 There’s a new headache for Barry Soetoro, and 214,000 doctors are not willing to help him.
… not with his so-called affordable healthcare, nor with mid-term elections this November.

After What 214,000 Doctors Just Did, Obamacare Could Be In Shambles

“The ‘Affordable’ Care Act is anything but…” More than 214,000 doctors will not participate in new plans under the Patient Protection and Affordable Care Act (ACA).
According to a survey conducted this year by the Medical Group Management Association (MGMA), a trade association comprised of multi-physician medical practices, “as many as 214,524 American physicians will not be participating in any ACA exchange products.” Reasons abound as to why, but, “chief among them is the fact that exchange plans are more likely to offer significantly lower reimbursement rates than private market plans, confusion among consumers about the obligations associated with high deductibles, and fear that patients will stop paying premiums and providers will be unable to recover their losses”
This is a staggering number, considering the Kaiser Family Foundation reported there are 893,851 active physicians working in the United States.
A CBS News poll of 1,269 adults conducted October 23-27 found that 55 percent disapprove of the ACA, while only 36 percent support it.
This is what people, including Republican House Majority Whip Steve Scalise of Louisiana, are saying about the ACA on Twitter:

The “Affordable” Care Act is anything but, as some people have experienced a 78% increase in premiums. #ObamacareFail http://t.co/XluZeXPqXt

Would you like to like to have your own affordable healthcare, an eClinik at home?
You can easily defeat cancer, AIDS and help your body cure all known and unknown illnesses without using drugs, at the comfort of your own home. This is our experience. Find out more about it here.
Every download of our eBook, Towards Healthcare Emancipation – Premium Edition, provides additional funding to our next project.
If you haven’t done so, please like our FB page to encourage others to learn more about our work.
Thank you very much for your valuable support. Mabuhay!