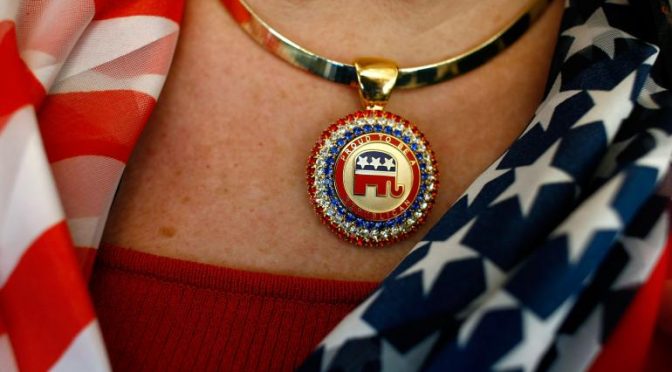 Once again, the Corporation won in the just concluded Midterm Elections in the US. The GOP has the senate majority and O’bummer will have his head cracking for the next 2 years, if he’s still there for long.

Ron Paul: 2-party US political system in reality a monopoly

Former Congressman Ron Paul told RT in the midst of Tuesday’s midterm elections that the “monopoly” system run by the leaders of the two main parties is all too evident as Americans go to the polls this Election Day.
“This whole idea that a good candidate that’s rating well in the polls can’t get in the debate, that’s where the corruption really is,” Paul, the 79-year-old former House of Representatives lawmaker for Texas, told RT during Tuesday’s special midterm elections coverage. “It’s a monopoly…and they don’t even allow a second option,” he said.
“If a third party person gets anywhere along, they are going to do everything they can to stop that from happening,” the retired congressman continued.

Paul, a longtime Republican, has been critical of the two-party dichotomy that dominates American politics for decades, and once ran as the Libertarian Party’s nominee for president of the United States. While third-party candidates continue to vie against the left and right establishment, however, Paul warned RT that even the two-party system as Americans know it is in danger.
“What do they do with our young people? They send them all around the world, getting involved in wars and telling them they have to have democratic elections,” he told RT. “But here at home, we don’t have true Democracy. We have a monopoly of ideas that is controlled by the leaders of two parties. And they call it two parties, but it’s really one philosophy.”
All hope isn’t lost, however; according to Paul, American politics can still be changed if individuals intent on third-party ideas introduce their ethos to the current establishment. Americans can “fight to get rid of the monopoly of Republicans and Democrats,” Paul said, or “try to influence people with ideas and infiltrate both political parties.”
With respect to the midterm elections, though, Paul told RT that he’s uncertain what policies will prevail this year — excluding, of course, an obvious win for the status quo.
“I think the status quo is pretty strong right now, and I imagine that the status quo is going to win the election tonight,” he said Tuesday afternoon.
source »

Chomsky says US is the ‘world’s leading terrorist state’

Renowned US philosopher Noam Chomsky has described the United States as the “world’s leading terrorist state” due to the country’s global operations run by the CIA.

In an article published by Truthout on Monday, the American historian pointed to the Central Intelligence Agency’s classified review of its own efforts to arm insurgencies across the globe in its 67-year history.
He said that The New York Times on Oct. 15 chose a wrong title for one story, saying “CIA Study of Covert Aid Fueled Skepticism About Helping Syrian Rebels.”
However, Chomsky believes that the newspaper should have chosen this title, “It’s official: The US is the world’s leading terrorist state, and proud of it.”
He wrote that “the world champion in generating terror” is bent on antagonizing its opposition around the world.
“The first paragraph of the Times article cites three major examples of ‘covert aid’: Angola, Nicaragua and Cuba. In fact, each case was a major terrorist operation conducted by the US,” Chomsky said.
He explained that it was the United States, in the 1980s, that backed Apartheid-era South Africa as it invaded Angola to protect itself “from one of the world’s ‘more notorious terrorist groups,” according to Washington: “Nelson Mandela’s African National Congress.”
“Washington joined South Africa in providing crucial support for Jonas Savimbi’s terrorist Unita army in Angola,” Chomsky wrote.
“The consequences were horrendous. A 1989 UN inquiry estimated that South African depredations led to 1.5 million deaths in neighboring countries, let alone what was happening within South Africa itself,” he added.
In another example, the historian wrote about the “murderous and destructive campaign” the United States aimed at Cuba, including the failed Bay of Pigs invasion and a harsh embargo that still continues.
“The toll of the long terrorist war was amplified by a crushing embargo, which continues even today in defiance of the world. On Oct. 28, the UN, for the 23rd time, endorsed ‘the necessity of ending the economic, commercial, financial blockade imposed by the United States against Cuba,’” the MIT professor said.
He also briefed the wars the US brought to opposition in Central America in the 1980s and the current bombing campaign against the ISIL terrorist group in Syria and Iraq.
Chomsky concluded that the United States continues its deadly operations by drone attacks in several Muslim countries such as Pakistan and Yemen.
“To this we may add the world’s greatest terrorist campaign: Obama’s global project of assassination of ‘terrorists.’ The ‘resentment-generating impact’ of those drone and special-forces strikes should be too well known to require further comment,” he wrote. “This is a record to be contemplated with some awe.”
AGB/AGB