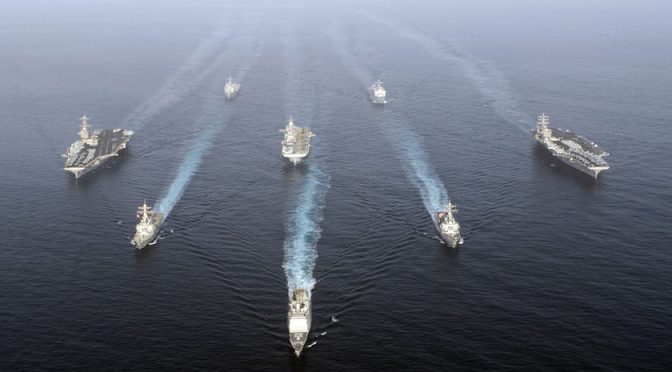 Here’s Pepe Escobar’s detailed analysis of what’s going on the surface of the ongoing battle for the control of the planet. 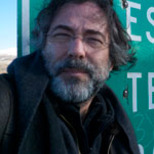 Pepe Escobar is the roving correspondent for Asia Times/Hong Kong, an analyst for RT and TomDispatch, and a frequent contributor to websites and radio shows ranging from the US to East Asia.
Published time: November 04, 2014 21:07

Fasten your seat belts: the information war already unleashed against Russia is bound to expand to Brazil, India and China.
Brazil, Russia, India and China, as it’s widely known, are the top four members of the BRICS group of emerging powers, which also includes South Africa and will incorporate other Global South nations in the near future. The BRICS immensely annoy Washington – and its Think Tankland – as they embody the concerted Global South push towards a multipolar world.
Bottles of Crimean champagne could be bet that the US response to such a process couldn’t be but a sort of total information war – not dissimilar in spirit to the NSA’s deep state Total Information Awareness (TIA), a crucial element of the Pentagon’s Full Spectrum Dominance doctrine. The BRICS are seen as a major threat – so to counteract them implies domination of the information grid.
Vladimir Davydov, director of the Russian Academy of Sciences’ Institute of Latin America, was spot on when he remarked, “The current situation shows that there are attempts to suppress not only Russia but also the BRICS given that the global role of this association has only intensified.”
Russia demonization has quickly escalated in the US from sanctions related to Ukraine to Putin as the “new Hitler” and the resurrection of the time-tested Cold War scare “The Russians are coming”.
In the case of Brazil the information war already started way before the reelection of President Dilma Rousseff. As much as Wall Street and its local comprador elites were doing everything to tank what they define as a “statist” economy, Dilma was also personally demonized.
Not so far-fetched steps in the near future might include sanctions on China because of its “aggressive” position in the South China Sea, or Hong Kong, or Tibet; sanctions on India because of Kashmir; sanctions on Brazil because of human rights violations or excess deforestation. Selected Indian diplomats, off the record, deplore that the first BRICS nation to buckle under pressure will be India.
As the BRICS are the de facto key bricks in building a more democratic, inclusive global system of international relations and financial system – there are no others in the market – at least they seem to be alert enough. If they are not, each nation is bound to be knocked out one by one.
Georgy Toloraya, executive director of the Russian National Committee on BRICS Research, points out that at least there’s “more and more communication taking place through BRICS channels today.”
Brazilians, for instance, are particularly interested in investment cooperation. The BRICS Development Bank will be a reality in 2015. And a Russian team is preparing a detailed report on the future prospects of BRICS cooperation bound to be discussed in-depth in Beijing in over a week, concomitant to the APEC (Asia-Pacific Economic Cooperation) summit.

From energy war to currency war

The new Saudi oil shock – which got at a minimum a green light by the Obama administration – totally fits the pattern of a TIA-style offensive against the BRICS, with two of them as key targets: Russia and Brazil.
Over 50% of Russia’s budget comes from revenue from oil and gas. Every $10 drop in the price of a barrel of oil means Russia losing up to $14.6 billion a year. This may be offset somewhat by the weakening of the ruble – more than 25% against the US dollar since early 2014. And Russia of course still has around $450 billion in reserves. Still, Russia’s economy may grow by just 0.5 to 2% in 2015.
With each $1 drop in crude oil prices, Brazil’s number one company, Petrobras, loses more than $900 million. At current oil price levels, Petrobras will be losing around $14 billion a year. So the price drop does undermine Petrobras’ long-term expansion to fund new infrastructure and exploration projects linked to its valuable “pre-salt” oil deposits. Petrobras was a key target linked to the demonization of Rousseff. Iran is not part of the BRICS but shares the group’s push towards a multipolar world. Iran needs oil at $136 a barrel to balance its budget. A nuclear deal with the P5+1 to be struck in three weeks, on November 24, could lead to the easing of sanctions – at least from Europe – and allow Iran to boost oil exports. Yet in Tehran there are no illusions about how the manipulation of oil prices has been engineered to further destabilize Iran’s economy and undermine its position in the nuclear negotiations.
On the economic front, TIA manifests itself via the Fed ending of QE (quantitative easing): this means the US dollar will keep going up, and more US dollars will be departing emerging markets. Xinhua has seriously tackled the issue.
The US dollar and the yuan are effectively linked. When the US dollar goes up, the yuan also goes up. Yet it’s the Chinese economy that suffers. What Beijing is worried is how Chinese manufacturing may become too expensive in arrays of markets where profit margins are already very slim.
So what will certainly happen is China’s Central Bank setting up a controlled fall of the yuan – and at the same time developing mechanisms to fight the outflow of hot money, especially to Hong Kong.
China may be relatively immune to the end of QE. Yet everyone in Asia remembers very well the 1997 financial crisis, which spilled over to Russia in 1998. The only benefactor then was – what else – corporate US interests and Washington hegemony.

BRICS demonization, in different gradations, will continue unabated – with the central focus on Russia, which, by the way, will launch World War III. Why? Because the Americans said so.
The latest exhibit concerns the Danish Defense Intelligence Service (DDIS), who revealed last week that Russia simulated an attack with fighter jets and missiles on the island of Bornholm in June.
DDIS did not disclose any concrete details about the simulated attack. But emphasized it was the largest Russian military exercise over the Baltic Sea since 1991. DDIS issued a Risk Assessment 2014, predicting that “over the next few years, the situation in eastern Ukraine will highly likely turn into a new frozen European conflict.”
The Danes, though, were very clear: “There are no indications that Russia constitutes an increased direct military threat to Danish territory.” None of this prevented the usual US military officials to spin Russia is preparing to launch World War III.
There’s absolutely no evidence Washington is prepared to even discuss the possibility of modifying the current world-system, as Immanuel Wallerstein theorized, towards a more democratized management. The upcoming G20 in Australia once again will make this very clear.
So what’s happening is the system, increasingly fragmented, slouching inexorably towards a catastrophic breaking point. TIA and its sidekicks and circumvolutions are just a desperate “strategy” to postpone the inevitable decadence. Wallerstein in the end was right; the post-Cold War world is bound to remain immensely volatile.
source »

We will never play by US rules – State Duma chief

The State Duma speaker believes the US want to stop mutual dialogue between Russia and Europe, but this will not happen as Russia will keep looking for every opportunity to mend ties with its neighbors.
Russia’s top parliamentarian said in an interview with the popular daily, Komsomolskaya Pravda, that proper political work required constant contact not only with allies but also with opponents.
“This is important and those who wish us harm, first of all certain representatives of the United States, would like to deprive us, themselves and Europe an equal dialogue on key urgent questions,” Naryshkin told the newspaper.
“Let us not play by their rules, not do what they are pressing for. If we help them in this it would be a big present to the ‘hawks.’ On the contrary, we will seek for every opportunity to hold a dialogue so that everyone can hear our position,” the Duma speaker added.
In September, Naryshkin told fellow lawmakers in a parliamentary speech that recent steps taken by the United States and its allies were “cynical and irresponsible” and could result in a renewal of the Cold War.
Naryshkin also noted in his speech that the chaos in the center of Europe has not cooled the belligerent moods of those who provoked it six months ago. He highlighted the recent NATO summit as one of the factors ratcheting up tensions.
At the same time, Naryshkin said the situation would unmask misdeeds and the real truth would be shown to ordinary European citizens. “We see that many citizens of European nations, who are practically living under an information blockade, have started to inconveniently question their national authorities.”
In April this year, the Parliamentary Assembly of the Council of Europe approved an anti-Russian resolution over the political crisis in Ukraine, depriving the Russian delegation of the right to vote and banning it from participation in PACE’s ruling bodies and monitoring missions till the end of the year.
In reply, the State Duma made a statement claiming nations who repeatedly violated international law, causing thousands of casualties, have no moral right to judge Russia or impose sanctions on it. Russian MPs also stated that they consider it impossible to resume dialogue at PACE while sanctions against Russia are still in force.
source »