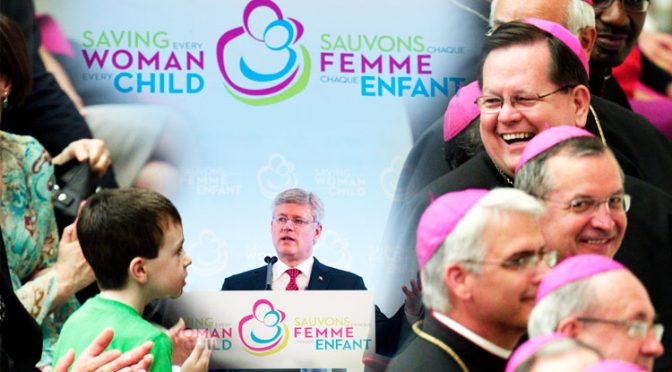 Here’s the type of news that we’re not too happy to post but help exposing them is the only way we could end the Jesuit Vatican nightmare.

[youtube=https://www.youtube.com/watch?v=TybPu74hhvc&feature=youtu.be]
Ottawa:
Prime Minister Stephen Harper’s senior cabinet minister for Quebec and the head of the powerful Privy Council, Denis Lebel, was present at the cult ritual killing of a child in Rome on February 22 of this year, according to evidence given to ITCCS officials last week by an eyewitness.
Lebel was in Rome at the head of an official Canadian delegation to the inauguration of Quebec Archbishop Gerald Lacroix, who was ordained a Cardinal by Jesuit Pope Francis, Jorge Bergoglio, earlier that same day of February 22, 2014. (http://www.international.gc.ca/media/aff/news-communiques/2014/02/21a.aspx?lang=eng)
Cardinal Lacroix was also present at the Ninth Circle ritual attended by Denis Lebel, according to an eyewitness.
The witness claims that the incident involved the serial anal rape and killing of “a little boy about five or six” and took place at midnight in basement chambers of the Jesuit-run International Youth Centre within the Church San Lorenzo Piscibus in Rome, less than a mile from the Vatican.
Cardinal Lacroix is also believed to have been scheduled to participate in the Ninth Circle sacrificial ritual in Westmount, Quebec on August 15 that was disrupted by an ITCCS special action unit. (see www.itccs.org, August 20, 2014)
“That isn’t the first child sacrifice at San Lorenzo” claims the eyewitness. “It’s right next door to the (Jesuit) Superior General’s (Adolfo Pachon’s) office. It happens especially in that month since February 21 and 22 are the ancient Roman festivals of Feralia and Terminalia, when animals and children were sacrificed in memory of the dead.”
The same Cardinal Gerald Lacroix is a member of the notorious St. Pius X Society (SSPX) an extreme right wing catholic cult closely tied to the Ndrangheta crime syndicate and neo Nazis connected to rogue catholic Archbishop Bernard Fellay. The present Pope Francis, Jorge Bergoglio, is in negotiations with Fellay to have his SSPX cult readmitted into the roman catholic church.
(http://www.dailykos.com/story/2014/10/12/1336000/-Why-Pope-Francis-Is-Seeking-Reconciliation-with-European-Fascists)
According to ITCCS North American Field Secretary Kevin Annett, this latest exposure of Minister Lebel’s ties to the Ninth Circle and Cardinal Lacroix was likely behind the October 22 staged shooting of a soldier in Canada’s capital, and the murder of an Ottawa police investigator by the Ndrangheta three weeks before.
“I’ve learned that ITCCS Directors received the evidence of the February 22 ritual involving Lebel and Lacroix on Monday, October 20. The staged killing of Ottawa soldier Nathan Cirillo occurred two days later. The government’s talk of new police powers and the media hysteria that followed Cirillo’s shooting were an obvious distraction from this news of Lebel and Lacroix, that could easily topple the Harper government. Denis Lebel is crucial right now in Harper’s upcoming election hopes to win Quebec for his party.
“Ultimately this is all about covering for the big money, which means the Ndrangheta syndicate, that provides the children for the Ninth Circle rituals and who killed Ottawa police inspector Kal Ghadban on September 28 after he’d helped stop the Westmount ritual in August. Apparently, Ghadban knew of Denis Lebel’s and Gerald Lacroix’s invovlement in the Ninth Circle ritual and he planned to bring charges against both men.” (see www.itccs.org, October 1, 2014)

“Big money” includes as well Minister Lebel’s ties to those global resource companies affected by his decisions as federal  Transport and Infrastructure minister: companies like Power Corporation, Cargill, Sinclair Oil and others whose officers have been named as participants in child trafficking and Ninth Circle sacrificial rites. (see www.itccs.org , September 28, 2014)
The ITCCS and its Canadian affiliates plan to establish an ongoing inquiry into the Lebel – Lacroix connection, the murder of Officer Kal Ghadban, and the role of Ndrangheta and the Vatican in the Harper government’s false flag operations.
Issued by ITCCS Central, Brussels
4 November, 2014
​A Youtube interview with Kevin Annett on this story is attached:

[youtube=https://www.youtube.com/watch?v=TybPu74hhvc&feature=youtu.be]
Sources for this story include journalists in Rome and members of the Italian Chamber of Deputies, Interpol operatives, European Parliament members, a member of the Jesuits, and officers of the Ottawa police department.​
source ►