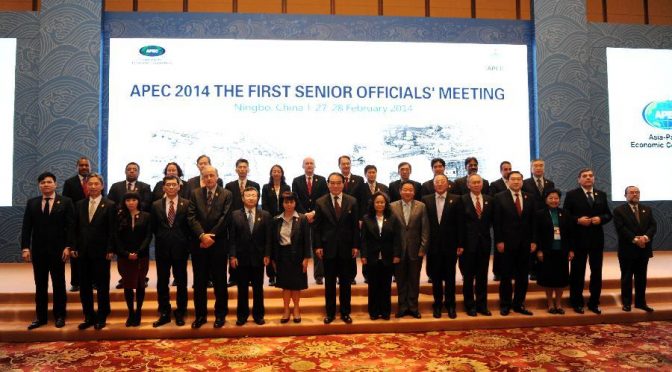 In a boost to bilateral ties between the two allies, Russia and China have signed 17 agreements on Sunday after Presidents Vladimir Putin and Xi Jinping met in Beijing.

The deals inked today include an agreement on the delivery of Russian natural gas to China via the western route, securing the world’s top energy user a major source of cleaner fuel. The western route refers to gas supplies to China from Russian fields in West Siberia.
The route to supply gas to China via the western route may be implemented faster than the eastern route, through which Moscow agreed to ship the fuel to its Asian neighbor in May, according to Gazprom’s CEO Alexei Miller.
Putin, during Sunday’s meet, also lauded Russia-China ties as key to maintaining stability in the world.
“Cooperation between Russia and China is extremely important for keeping the world in line with the international law, making it [the world] more stable,” Putin said during his meet with Xi.
Russian state oil giant Rosneft and Chinese oil major CNPC also signed an agreement on Sunday to sell 10 per cent of shares in Rosneft’s subsidiary Vankorneft to China National Oil and Gas Exploration and Development.
Putin and Xi have “discussed their respective countries’ positions on the main issues on the agendas for the upcoming APEC and G20 summits” said a Kremlin statement.
The two Presidents also announced on Sunday that China and Russia will jointly celebrate the 70th anniversary of the victory of World War II next year.
Putin is in Beijing to attend the APEC Economic Leaders’ Meeting (AELM) that will be held on Monday and Tuesday and will be attended by world leaders from 21 nations, including US President Barack Obama.
source  ►

Even as Moscow’s energy companies’ ability to raise debt financing is hurt by Western sanctions, Russian energy giants Rosneft, Lukoil and Gazprom are seeking to list their securities in Asian currencies on the Hong Kong Stock Exchange.
Russian Economic Development Minister Alexei Ulyukayev, in Beijing for the APEC meetings indicated the possibility after holding talks with Hong Kong’s Commerce and Economic Development Bureau’s Secretary Gregory So.
“The largest Russian companies – Gazprom, Rosneft and Lukoil – are considering the Hong Kong Stock Exchange as a platform to list their securities in Asian currencies (yuan, Hong Kong dollar, Singapore dollar),” Russian Economic Development Minister Alexei Ulyukayev was quoted as saying by Russian news agency Ria Novosti.
These firms, among the world’s largest energy companies, are seeking to list their securities in Hong Kong dollars, granting them access to a large pool of investors from China and Hong Kong.
The Russian Economic Minister’s comments could be an indication of Moscow’s readiness to sign on to a body of global markets regulators.
Russian companies cannot list on the Hong Kong stock exchange until Russia signs and ratifies a protocol to join the International Organization of Securities Commissions (IOSCO).
The US and EU sanctions are levying a heavy toll on Russia’s $425 billion-a-year petroleum industry.
The most recent waves of sanctions particularly targeted the country’s energy and banking sectors.
Aluminum producer Rusal, incorporated in Jersey, is currently the only Russian firm to be listed on the Hong Kong Stock Exchange.
Gazprom and China National Petroleum Corporation (CNPC) signed a 30-year contract in late May for the sale of 38 billion cubic meters Russian gas to China per year. The deal is estimated to be worth $400 billion.
source »