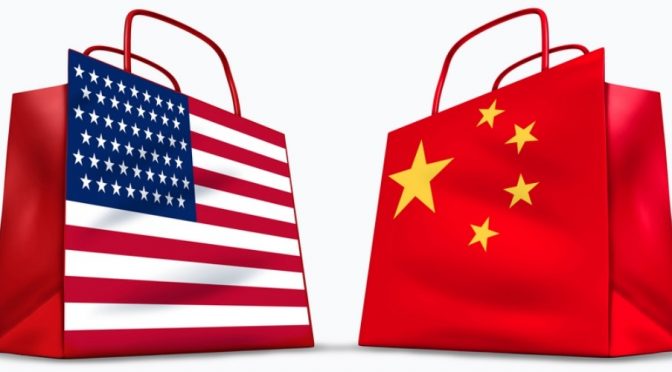 By Shannon Tiezzi
November 11, 2014
Xi Jinping is quite the dreamer. In addition to his famous “China Dream” slogan, Xi called for pursuit of the “Asia-Pacific Dream” during an address at this weekend’s the APEC CEO Summit. The Asia-Pacific dream is the latest iteration of China’s vision for a united Asian community with Beijing as its center — and with the United States noticeably absent.

Xi’s description of the Asia-Pacific dream incorporates elements seen earlier, including at the Conference on Interaction and Confidence Building Measures in Asia (CICA) held in Beijing in May. The first common thread is an oblique reference to the “Asia for Asians” concept, seen in Xi’s “Asia-Pacific Dream” concepts as the need to act “in the spirit of the Asia-Pacific community.” At CICA, Xi made clear that means having Asian problems “solved by Asians themselves,” rather than by outside parties (most notably, of course, the U.S.). In his APEC speech, Xi also emphasized the idea of a “shared destiny” of all Asian nations as the foundation of their common dream.
Notably, Xi’s “Asia-Pacific Dream” is closely tied to economic elements. The dream, as Xi defined it, involved striving for continued developed and “more economic vibrancy,” including free trade agreements and investment possibilities. China’s renewed push for the Free Trade Area of the Asia-Pacific (FTAAP) thus falls under this rubric, as does China’s expanding vision for its Silk Road Economic Belt and Maritime Silk Road.
Over the weekend, Xi announced the creation of a $40 billion Silk Road Fund, which will be used to develop infrastructure along China’s twin Silk Road projects. In describing that project, Xi made it clear that funding is the main obstacle facing Asian unity and development. China hopes its Silk Road Fund can “break the bottleneck in Asian connectivity,” Xi said. The Silk Road Fund, plus the newly developed Asian Infrastructure Investment Bank, put China at the center of two major initiatives designed to help developing Asian nations improve infrastructure and plug into regional and global trade networks. And given China’s economic importance for the Asia-Pacific and the world, that will certainly mean boosting economic partnerships with Beijing.
While describing the future of Asian development, Xi stressed that China is the force driving regional economies. Indeed, China is already an economic leader in the region; China is the largest trading partner for South Korea, Japan, Australia, and ASEAN. China’s new initiatives, including the Asia-Pacific Dream, make it clear that China wants to turn economic leadership into more explicit strategic leadership. Beijing want to develop and promote a vision for Asia’s future, translating its economic clout into something more. As Xi put it in his APEC CEO Summit address, other countries are welcome “to get on board the train of China’s development.” The unspoken corollary is that countries that choose not to “get on board” with China will be left behind.
That has interesting implications for the United States, which has been at best skeptical of China’s regional ambitions and at worst has outright tried to block projects like the AIIB and FTAAP. The U.S. is wary of China’s vision for the region in part simply because increasing Chinese leadership naturally means decreasing U.S. influence. There’s no natural place for the U.S. in the Silk Road initiatives, for example, even though China has floated vague references to making it a global rather than continental project.
However, China’s insistence on an “Asia for Asians” conception of the region also flies in the face of U.S. interests (and the interests of American allies). The U.S. sees itself a a provider of regional stability through its alliance commitments and enforcement of global norms. When Beijing emphasizes the Asia-Pacific as a “Asians only club,” it makes strategists in Washington very nervous. Chinese analysts consistently argue that China does not want to be a regional hegemon, but at the very least China wants U.S. hegemony out of the picture.
China has made it clear that its new projects, particularly the economic ones, are open to any and all who wish to participate. But buying in means accepting China’s terms and Chinese leadership, particularly when it comes to China’s self-avowed national interests (including territorial disputes in the South China Sea). That’s something the larger regional powers (including India) have been reluctant to do. For Washington in particular, ceding leadership to China remains a political non-starter. There is room for the U.S. in China’s “Asia-Pacific Dream,” but only if America drastically changes the way it thinks about and operates in the region.
source »

3 thoughts on “Is There Room for the US in China’s 'Asia-Pacific Dream'?”