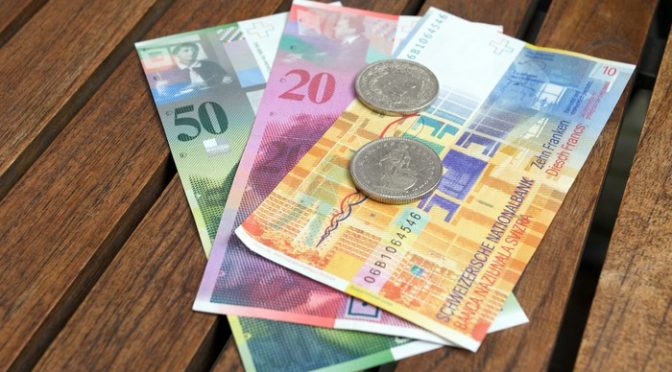 November 13, 2013 // 06:45 PM CET
Update: According to ​the folks behind the Basic Income campaign, Switzerland’s government will start discussing the proposal in spring 2015, with the public vote likely to take place by fall 2016.
Switzerland could soon be the world’s first national case study in basic income. Instead of providing a traditional social net—unemployment payments, food stamps, or housing credits—the government would pay every citizen a fixed stipend.

The idea of a living wage has been brewing in the country for over a year and last month, supporters of the movement dumped a truckload of eight million coins outside the Parliament building in Bern. The publicity stunt, which included a five-cent coin for every citizen, came attached with 125,000 signatures. Only 100,000 are necessary for any constitutional amendment to be put to a national vote, since Switzerland is a direct democracy.
The proposed plan would guarantee a monthly income of CHF 2,500, or about $2,600 as of November 2014. That means that every family (consisting of two adults) can expect an unconditional yearly income of $62,400 without having to work, with no strings attached. While Switzerland’s cost of living is significantly higher than the US—a Big Mac there costs $6.72—it’s certainly not chump change. It’s reasonable income that could provide, at the minimum, a comfortable bare bones existence.
The benefits are obvious. Such policy would, in one fell swoop, wipe out poverty. By replacing existing government programs, it would reduce government bureaucracy. Lower skilled workers would also have more bargaining power against employers, eliminating the need for a minimum wage. Creative types would then have a platform to focus on the arts, without worrying about the bare necessities. And those fallen on hard times have a constant safety net to find their feet again.
Detractors of the divisive plan also have a point. The effects on potential productivity are nebulous at best. Will people still choose to work if they don’t have to? What if they spend their government checks on sneakers and drugs instead of food and education? Scrappy abusers of the system could take their spoils to spend in foreign countries where their money has more purchasing power, thus providing little to no benefit to Switzerland’s own economy. There’s also worries about the program’s cost and long term sustainability. It helps that Switzerland happens to be one of the richest countries in the world by per capita income.
The problem, as with many issues economic, is that there is no historical precedent for such a plan, especially at this scale, although there have been isolated incidents. In the 1970s, the Canadian town of Dauphin provided 1,000 families in need with a guaranteed income for a short period of time. Not only did the social experiment end poverty, high school completion went up and hospitalizations went down.
“If you have a social program like this, community values themselves start to change,” Evelyn Forget, a health economist at the University of Manitoba, told The New York Times.
Similar plans have been proposed in the past. In 1968, American economist Milton Friedman discussed the idea of a negative income tax, where those earning below a certain predetermined threshold would receive supplementary income instead of paying taxes. Friedman suggested his plan could eliminate the 72 percent of the welfare budget spent on administration. But nothing ever came to fruition.
[youtube=http://www.youtube.com/watch?v=xtpgkX588nM&w=560&h=315]

It’s what makes the potential experiment in Switzerland so compelling. Developed countries around the world are struggling to address the issues of depressed wages for low-skilled workers under the dual weight of automation and globalization.
For German-born artist Enno Schmidt, one of the founders of the proposal, a living wage represents continued cultural progress along the lines of women’s suffrage or the civil rights movement by providing dignity and security to the poor, while unleashing creativity and entrepreneurial spirit.
“I tell people not to think about it for others, but think about it for themselves,” Schmidt told the Times. “What would you do if you had that income?
@sfnuop
source »