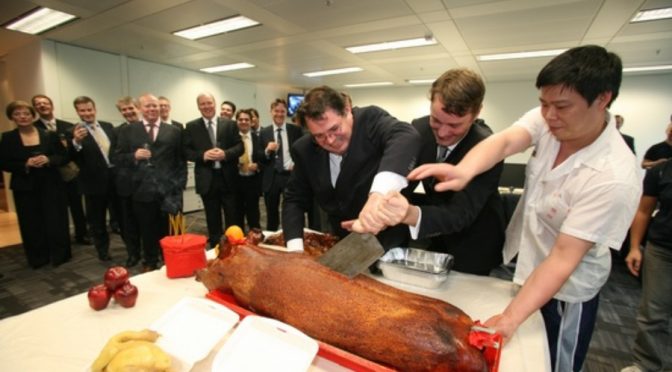 Some thought it would never happen. But in Iceland, the former chief executive of one of the largest banks in the country which was involved in crashing the economy in 2008 has been sentenced to jail time.

In receiving a one year prison sentence, Sigurjon Arnason officially became the first bank executive to be convicted of manipulating the bank’s stock price and deceiving investors, creditors and the authorities between Sept. 29 and Oct. 3, 2008, as the bank’s fortunes unwound, crashing the economy with it.  Landsbanki was one of three banks that had tallied nearly $75 billion in debt before the final curtain was drawn.

What, me guilty? was the bank executive’s response upon learning of his fate. “This sentence is a big surprise to me as I did not nothing wrong,” Arnason was quoted as saying in a Reuters article after he learned of his punishment.  Amason had not decided if he was going to appeal the decision to the supreme court, as the appeal process might take longer than his sentence.

The Reykjavik District Court had lopped off nine months of Arnason’s sentence, saying they were suspended.  Other bank executives involved in the situation were convicted: Ivar Gudjonsson, the former director of proprietary trading at the bank, along with Julius Heidarsson, a former broker at the bank. They each received nine-month sentences and six of those nine months were immediately suspended by the court.
All pleaded innocent to the charges, as the the fallout from the 2008 crisis continues to this day in the north Atlantic island and around the world.  As a sign of thawing in the crisis, Reuters reported that earlier in the week Landsbanki, the successor to the failed Landsbankinn, agreed to extend a deadline to restructure bonds to the end of the year. If a bond restructuring agreement is reached, it could help the government lift capital controls which were imposed due to the crisis.
source »