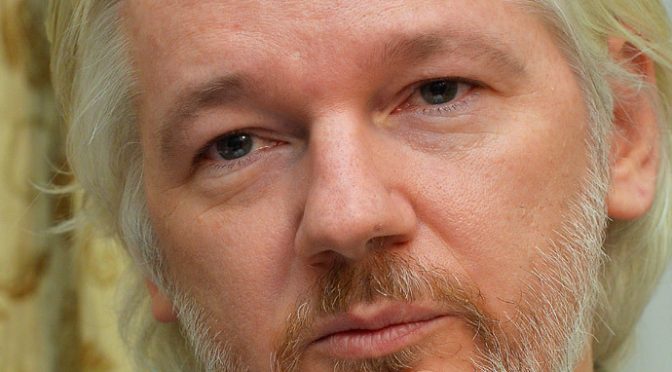 One of those who stand up to the system, even at an early age, is Julian Assange.
Others would connect him to the CIA to malign his reputation, but we can look at where he is today, and conclude that CIA agents are mostly spending their most valuable time with ISIL rather than holed themselves up in a virtual prison cell like the Ecuadorian embassy.

Published time: November 18, 2014 17:38
Edited time: November 20, 2014 11:17
WikiLeaks founder Julian Assange reportedly announced the whistleblowing website will soon release a fourth series of classified documents.
The leak is currently being prepared, Assange told the Lisbon and Estoril Film Festival (LEFFEST) on Sunday, according to teleSUR. He gave no date or further details about the publication.
Regarding the contents of the leaks and the release date, he said via teleconference from the London’s Ecuadorean Embassy, “I’ve delegated that to someone else in the organization.”
Assange is still holed up in the South American state’s London embassy. He sought political asylum there in June 2012 to avoid extradition.
Swedish authorities want to question Assange over allegations of rape and sexual molestation, although he has not been charged.
The Australian activist believes the US government will seek his extradition for publishing thousands of classified diplomatic cables and military secrets if he travels to Sweden. 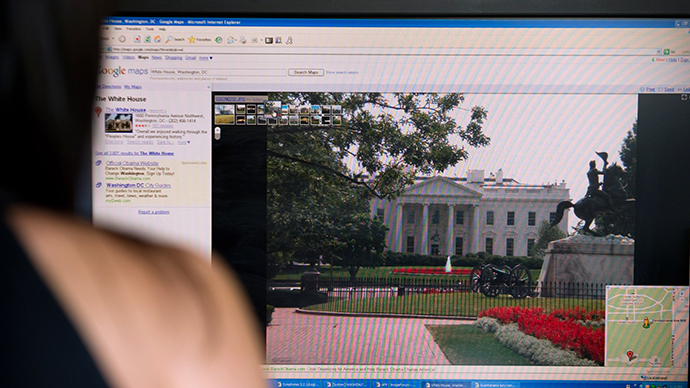 One of the world’s largest internet companies, Google ‘should be a serious concern’ internationally, WikiLeaks co-founder and Editor-in-chief Julian Assange says, revealing its connections and donations to the White House.
“Google is steadily becoming the Internet for many people. Its influence on the choices and behavior of the totality of individual human beings translates to real power to influence the course of history,” Assange writes in his article, an extract from which is published in Newsweek.
Based on Assange’s personal encounter with Google’s chairman Eric Schmidt, the story of the corporation’s connections with the US government is intertwined with Schmidt’s personality. Graduating with a degree in engineering from Princeton, Schmidt joined Sun Microsystems, a company that sold computers and software, in 1983, and over the years had become part of its executive leadership.
“Sun had significant contracts with the US government, but it was not until he was in Utah as CEO of Novell that records show Schmidt strategically engaging Washington’s overt political class,” Assange writes.
Referring to federal campaign finance records, Assange says “two lots of $1,000” to a Utah senator in 1999 was the future Google CEO’s first donation, with “over a dozen other politicians and PACs, including Al Gore, George W. Bush, Dianne Feinstein, and Hillary Clinton…on the Schmidt’s payroll” in the following years.
Ahead of his interview with Google executive chairman in 2011, Assange was “too eager to see a politically unambitious Silicon Valley engineer, a relic of the good old days of computer science graduate culture on the West Coast,” but says Schmidt “who pays regular visits to the White House” is not the type.
When visiting Assange, who was living under house arrest in England at the time, to quiz him “on the organizational and technological underpinnings of WikiLeaks,” Eric Schmidt was accompanied by Jared Cohen, the Director of Google Ideas, who also works for the Council on Foreign Relations, a think tank specializing in US foreign policy. While describing Schmidt’s politics as “surprisingly conventional, even banal,” Assange says the man behind Google “was at his best when he was speaking (perhaps without realizing it) as an engineer.”
Talking about Cohen, the WikiLeaks co-founder names him “Google’s director of regime change.”
According to Assange’s research, “he was trying to plant his fingerprints on some of the major historical events in the contemporary Middle East,” including his interference with US politics in Afghanistan and Lebanon.
“Nobody wants to acknowledge that Google has grown big and bad. But it has,” Assange says, providing not only data on its direct connections with the White House, but also remembering the PRISM program scandal, when the company was “caught red-handed making petabytes of personal data available to the US intelligence community.”
Google is “luring people into its services trap,” and “if the future of the Internet is to be Google, that should be of serious concern to people all over the world,” Assange concludes.
source »

Would you like to know how you can defeat all chemical intoxication and viral infections, e.g. Ebola and effectively defeat the Depopulation Agenda?

Defeating any viral or chemical attack is easy once you know how to build your own Complete DIY Anti-Viral and Detoxification System. Know more about it here.