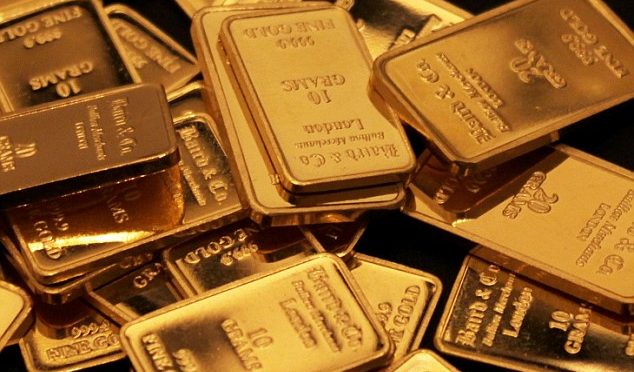 Everybody is moving towards gold based currencies, as “predicted”.
The Swiss are having referendum  for gold based economy [here]. Last2  years or so, it was Germany that announced gold repatriation from the Federal Reserve, although, it would seem they have not changed their minds  yet
Little did we know that the Dutch were secretly moving back their gold bullion from the NY Fed, too.

Russia and China, for their part, have been buying tons of gold  for years now.
The Fed will, in retaliation, print more paper money for a helicopter drop this December [here]. They will cancel everybody’s debt, too.

A week ago, we penned “The Real Reason Why Germany Halted Its Gold Repatriation From The NY Fed“, in which we got, for the first time ever, an admission by an official source, namely the bank that knows everything that takes place in Germany – Deutsche Bank – what the real reason was for Germany’s gold repatriation halt after obtaining a meager 5 tons from the NY Fed:
… the gold community paid great attention to the decision of the German Bundesbank to “bring German gold home”. At the beginning of 2013, the Bundesbank announced it would repatriate 300 tonnes of gold stored in the US by 2020. It is well behind schedule, citing logistical difficulties. Yet diplomatic difficulties are more likely to be the chief cause of the delay, especially seeing as the Bundesbank has proven its capacity to organise large-scale gold transports. In the early 2000s, the Bundesbank incrementally repatriated 930 tonnes of German gold held by the Bank of England.
Some took offense with this, pointing out, accurately, that the gold held at the NY Fed in deposit form for foreign institutions had continued to decline into 2014 despite the alleged German halt. Well, today we know the answer: it wasn’t Germany who was secretly withdrawing gold from the NYFed contrary to what it had publicly disclosed.

It was the Netherlands.
This is the stunning statement made by the Dutch Central Bank earlier today, and which, all compliments to China’s rate cut, is truly the biggest news of the day, as it shows that one doesn’t need a referendum to repatriate their gold, nor does one run into logistic or diplomatic problems if one is truly set on procuring their physical.
As to why the DNB decided it was time to cut its gold held at the NY Fed by 122 tons? “”It is no longer wise to keep half of our gold in one part of the world,” a DNB spokesman told Telegraaf. “Maybe it was desirable during the Cold War, but not now.”
From the source:
De Nederlandsche Bank (DNB) has adjusted its gold stock location policy and has shipped gold from the United States to the Netherlands to spread its gold stock in a more balanced way.
Under the previous policy, 11% of the gold stock was located in the Netherlands, 51% in the United States, with the remainder held in Canada (20%) and the United Kingdom (18%). Under the new policy, the breakdown by location is as follows: 31% in Amsterdam, 31% in New York, with the relative holdings in Ottawa and London remaining unchanged at 20% and 18%, respectively. Following this adjustment, DNB is in line with other central banks holding a greater part of their gold stock in their own countries. Beyond realising a more balanced distribution of the gold stock across the different locations, this may also have a positive effect on public confidence.
Changing the distribution of the gold holdings across the different locations is not without precedent. From the end of the Second World War until the early 1970s, for example, DNB increased its gold reserves following the Bretton Woods Accord, mainly in New York. Since then, there have been other movements in DNB’s gold stock. The main reasons for this being the gold sales in the past few decades and the closure of the vaults of the Reserve Bank of Australia, as a result of which DNB shipped gold from Australia to the United Kingdom in 2000.
Sure enough, AP confirmed:

The Dutch Central Bank says it has recently shipped 122.5 tons of gold worth around 4 billion euros ($5 billion) from safekeeping in New York back to its headquarters in Amsterdam.

In a statement Friday morning the bank said that its 612.5-ton national gold reserve is now divided 31 percent in Amsterdam, 31 percent in New York, 20 percent in Ottawa, Canada and 18 percent in London.
“With this adjustment the Dutch Central Bank joins other banks that are keeping a larger share of their gold supply in their own country,” the bank said in a statement. “In addition to a more balanced division of the gold reserves...this may also contribute to a positive confidence effect with the public.”
This is how the Old and New gold allocation of the Dutch Central Bank look currently:

Note: the reallocation has already taken place, and is not – like Germany – subject to a 5 year period during which the NY Fed is expected to recoup the gold. So it can be done!?
As to when it was done, here is the NY Fed’s monthly reports of gold deposits by foreign entities: here we can see that while the 5 tons outflow in 2013 was most likely Germany, the recent surge in gold repatriation from Liberty 33 was the Netherlands. That said, only 57.5 tons of NY deposits gold has been officially repatriated through September, which means the October update, when it comes out, will be a doozy.

Some more details from the Dutch Telegraaf, google-translated:
In the vaults at the Amsterdam Frederiksplein was until recently 11% percent of the total of 612 tons of government gold. That is screwed up to 31%.
For years there were major concerns of the gold was still there. This months of almost military organized gold shipments from Manhattan DNB wants a ‘balanced’ distribution of the national gold buffer.
In addition, DNB expects Dutch citizens more confident that enough of our gold is in their own ‘home’ to guide the country if necessary following major crises.
At that effect also highlights the German Bundesbank, which are gold also partially recovered. De Nederlandsche Bank has great silence in recent months retrieved 130 tons of gold bars.
Last week drove armored trucks back and forth towards the Amsterdam Frederiksplein. “It is no longer wise to keep half of our gold in one part of the world,” the DNB spokesman on the massive operation with gold bars to Amsterdam says. “Maybe that was during the Cold War still desirable, not now. ”
In Amsterdam is recently 31% of the gold. In the vaults of New York is 31%. It remains. De Nederlandsche Bank carries no gold bars back from the protected storage in Ottawa, Canada, where 20% of the gold remains. In London, the Netherlands keeps 18% of all Dutch ‘sandwiches’ gold as nest egg.
Netherlands moved his gold in the past frequently. In the period after the Second World War until the early seventies the Dutch central bank bought gold to replenish its reserves. That was mainly focused on the vaults in New York, which are built to earthquakes and bomb attacks endured. Since then bought and sold DNB gold and earned it every robustly.
Another curiosity: the gold was repatriated by ship. From Dutch News:
In total, 120 tonnes of gold valued at €4bn has been brought back to the Netherlands by ship, Nos television said. The high security reparations for the move took months.
Luckily, that particular vessel did not suffer any “boating incidents.”
And now that the Dutch have shown just how “easy” it is to repatriate one’s gold when not entangled in shifting alliances, diplomatic feuds, or suffering from “logistical problems” preventing one from collecting their gold, we wonder just how much more eager Germany or Switzerland will be to collect their own gold, or whether the Swiss November 30 referendum will decide to let countries like the Netherlands have a right of first refusal of whatever gold may still be held at the vault located 90 feet below street level at the New York Federal Reserve Bank (which as we reported a year ago, is connected by an underground tunnel to the JPMorgan precious metal which was located just across the street).
source »