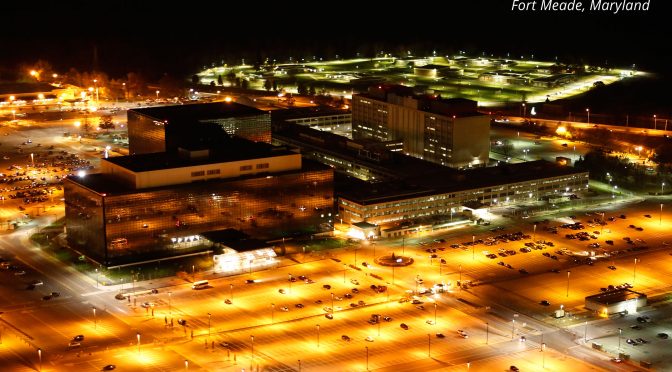 NOT THE CHINESE, BUT THE NSA THAT WILL CONDUCT A “FALSE FLAG” ATTACK UPON THE POWER GRID Admiral Mike Rogers, is now the director of the National Security Agency and commander of the U.S .Cyber Command.  With regard to a Chinese EMP attack upon our power grid the NSA chief said that “All of that leads me to believe it is only a matter of when, not if, we are going to see something dramatic”.
If the NSA is so concerned with the Chinese taking down the U.S. power grid, then why did we invite both the Russians and the Chinese to participate in the Grid EX II drill last November 13th and 14th in which several government agencies practiced taking down the power grid with a simulated EMP attack?

The Chinese Are Our Enemy

There was a was time when I actually would have believed that the Chinese would do such a thing to the power grid of the United States because they are our enemy. The leader of the Communist regime’s delegation, Major General Zhu, became infamous worldwide after telling reporters in 2005 that the dictatorship in Beijing would deploy nuclear weapons against major American cities in the event of a conflict over Taiwan. Further, both Chinese President Hu and Major General Zhang Zhaozhong have threatened the United States with nuclear war if they invade either Iran or Syria.
Do these statements sound like the words of a trusted friend that we should let be a part of a highly sensitive operation involving the defense of our power grid? What is more likely, is that the Chinese, like the Russians, received martial law training on American soil just prior to the Grid EX II drill. It is also likely that the Chinese learned how to take down the U.S. grid without using an EMP weapon. These reasons for this will become apparent in later paragraphs.

Why Would China Launch An EMP Attack When They Already Own America?

Far beneath the ground, the federal government owns the rights to mineral and energy leases, from which they receive royalties, rents, and bonus payments, states the Institute for Energy Research, an industry group. According to their estimates, government states that the assets are worth $128 trillion. That’s almost eight times the national debt.
Why don’t we use this wealth to pay off our debts? This is a simple answer, because the Chinese own the resource in payment for the debt. What do you think the Chinese Inland Ports (e.g. Kansas City) are about? These ports lie over vast amounts of underground wealth that, according to my sources, are already extracting vast amounts of mineral wealth. This is also what the Bundy Ranch affair was all about. The BLM is not just stealing land to establish Chinese Solar Energy Zones, they are also handing off these BLM lands to the Chinese in repayment of the debt.
I have discovered the existence of a BLM document which introduces America to a new Agenda 21 land designation and it is called a “Solar Energy Zone”. The smoking gun BLM document is entitled:
Regional Mitigation Strategy for the Dry Lake Solar Energy Zone Technical Note 444
Produced by: Bureau of Land Management
March 2014
http://www.blm.gov/pgdata/etc/medialib/blm/wo/blm_library/tech_notes.Par.29872.File.dat/TN_444.pdf (see attached PDF)
The Chinese have been given control over these resources. Shouldn’t we call this treason?

The Chinese Are Buying Up the Federal Reserve

At the end of January 2009, the month President Barack Obama was first inaugurated, Communist China owned $744.2 billion in U.S. government debt and the Fed owned $475.129 billion. In May of 2012, the Federal Reserve has approved applications by three big Chinese government-controlled banks to set up branches and take stakes in US banks after deciding they were adequately regulated in their home market.
The Chinese ownership of U.S. debt, compared to the Federal Reserve, appears to be unchanged in 2014. However, the Chinese are slowly but surely acquiring the Federal Reserve and thus, are acquiring a greater amount of U.S. government debt. Therefore, much of the debt owned by the Federal Reserve, is now owned by the Chinese and their new partners consisting of two large Spanish banks, a German bank and the Chinese. The complete Chinese takeover of our economy is silent but undeniably insidious. It would be appropriate to think of this development as the United States government doing a debt consolidation of all its treasury bonds because it can no longer pay or service the debt and the Chinese and their partners are acquiring the assets of America for pennies on the dollar. It will soon be announced that China is in the process of purchasing major Western banks (e.g. Bank of America, Wells Fargo) and physical assets. These banks make up the majority owners of the Federal Reserve. By purchasing these banks as distressed properties, the Chinese, will in effect, have purchased the Federal Reserve because these banks own the Federal Reserve.

For the naysayers that will write to me and say there is no way that this will ever take place, I will respond by telling you that you are a day late and a “distressed dollar” short with your anxiety over the future of the American economy.
Late last year, China purchased the JP Morgan building in Manhattan for $725 million. This was a symbolic move like planting the U.S. flag on top of Iwo Jima’s Mount Surabachi during the famous WW II battle. This signified that the Chinese have laid claim to all assets in the United States. One might  reason that the Chinese have in fact purchased all of JP Morgan. When this happens in earnest, it will come in the midst of a dollar devaluation, or collapse and we are well on the way to this happening as evidenced by the fact that in preparation for the event, the G20 declared that bank accounts are no longer considered money. As a result, all account holders go to the bottom of the line and will not be compensated when the banks collapse. And where will the bank deposits go? Well, of course, they will go the holders of the derivatives debt and to the Chinese which explains why the Chinese are buying up the Federal Reserve.
Who owns your mortgage note on either your business property or your personal residence? Answer: The banks.
Who is on their way to completely controlling the U.S. banking system? Answer: The Chinese.

This means that you owe money to the Chinese, not to the United States government. By default, this administration has pledged your homes and businesses to the Chinese. THE CHINESE WILL NOT DESTROY WHAT THEY ALREADY OWN!

If one really wants to go conspiratorial, consider the following: What if Executive Order 13603 is really about pledging all assets to the Chinese in repayment for the debt through a declaration of martial law (e.g. Ferguson riots)?

I have written extensively on Executive Order 13603. This EO sets up the most draconian martial law authority on the planet. Literally, everything is controlled by the government. All food, all industry, all energy and you are controlled by the President. The interesting thing about EO 13603 is that does not require an emergency declaration to be acted upon. Let me tip my conspiracy cap back a little farther. When the banks collapse, or the Ferguson riots spread across the country, what is to prevent our Constitutionally abiding President from invoking EO 13603 and handing off ALL of our resources to the Chinese in repayment for the debt?

Now that you have seen the evidence, how believable is the NSA Director’s claim that China is a knee-jerk reaction away from destroying our power grid? Why would the Chinese destroy what they already own? In this light, the statements made by the NSA director must be considered in the context of the preceding paragraphs.  China will never attack this country with an EMP. However, it is highly likely that the recent warning by the NSA Director is right out of the Hegelian Dialectic play book. I think it is very possible, based upon this evidence, to conclude that the grid will be taken down for a time, but it will not be the result of an economy and country-destroying EMP and this is what last year’s Grid EX II was really about. I think it is also likely that the taking down of the grid is designed to induce helplessness and compliance among the American people and this could be accomplished through a fake EMP attack.

What is the NSA really up to and how do the Chinese factor into this? Clearly, this has martial law implications.  Why? This will be the topic of a future article. In the meantime, why do you think the NSA Director would engage in such obvious subterfuge?