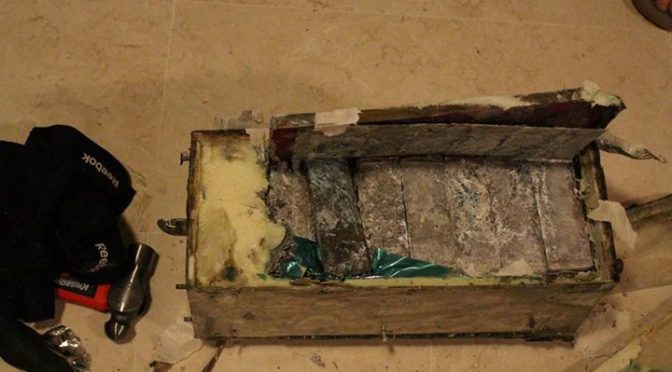 The Collateral Accounts consisting of gold accumulated throughout history will be made available for global redevelopment that would end all the havoc the Cabal has inflicted upon the Sheeples.
—
This will be a shortish update as video is being worked on and a full report.
Neil Keenan made history last week by becoming the first westerner to enter the bunkers that contain gold, diamonds and other items in quantities that are unimaginable.

Neil will tell you how they nearly never got in due to delays, but the elders trusted him (which is the key here) and they managed to get in, but time was in short supply, further venturing into the bunkers will be forthcoming.
Neil was handed a whole box of gold and that will be used to further the goals of the movement, he can tell you more about that.
Neil will be received further help on his quest in the near future, which will be very exciting to come to fruition.
Neil went nearly 72 hours with no sleep waiting to gain entry into the bunkers.
I ask people at this stage to not bother him on his blog or FB page as he is very tired, very busy and very mobile at this point, bear with him and us, more news will be forthcoming….soon.
– Thomas Williams

New to the Collateral Accounts?

For those who are new to the Global Collateral Accounts and Global Settlements, just start here. Latest updates are here.