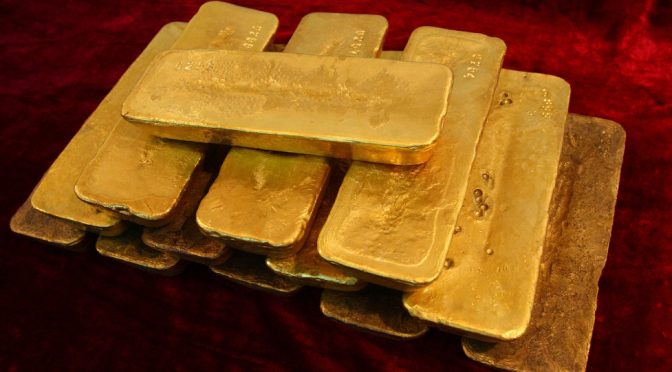 Executive and research director of the world’s leading gold broker Gold Core Mark O’Byrne stated that as fears grow over huge debt levels in the US, Japan and the United Kingdom, European governments are repatriating their gold from the United States.

MOSCOW, November 28 (Sputnik), Daria Chernyshova — As fears grow over huge debt levels in the United States, Japan, and the United Kingdom, European governments are repatriating their gold from the United States, which could potentially lead to higher gold prices and a weaker dollar, the executive and research director of the world’s leading gold broker Gold Core told Sputnik.“Governments throughout Europe are nervous about the global economic situation, financial situation and monetary situation. They are worried about the huge debt levels throughout the world and there are concerns that there could be another financial crisis, this is because of the Eurozone, but there are huge debt issues in Japan, in the UK, and in the US as well,” Mark O’Byrne told Sputnik Friday.

The Netherlands has moved 122 tons of gold worth $5 billion from New York, and similar demands are now being made in France, Switzerland, and Germany.
“Certain governments are nervous about this and they are repatriating their gold back to their countries, because there are concerns that in the event of a currency crisis or a monetary crisis or a financial crisis, they would not be able to access their gold reserves,” O’Byrne said.
In several European countries people are calling on politicians to return their gold reserves. This Sunday, November 30, Switzerland will hold the ‘Save Our Swiss Gold’ referendum, which if it is voted through would force the Swiss National Bank to convert a fifth of its assets into gold and repatriate all of its reserves.
Many of the European gold reserves are kept in America because of historical reasons. Following World War II, Europe thought it was safer to keep gold in the United States.
“But today America is the biggest debtor nation in the world, and is in effect quite close to insolvency. Therefore they believe it is more prudent if they keep gold close to home,” Mark O’Byrne told Sputnik.
At the same time gold repatriation will have consequences for the price of the precious metal as well as for the value of the dollar. The broker explained that since the gold market is very small and governments across the globe are printing trillions of dollars, there is an unmatched pace of printing money while the amount of physical gold actually remains quite small.
“So if everybody starts taking their gold, the market place is very tight and that will potentially lead to much, much higher gold prices and to a fall in the value of the dollar. And in time, it will potentially lead to people losing faith in the dollar as the global reserve currency,” Mark O’Byrne concluded.