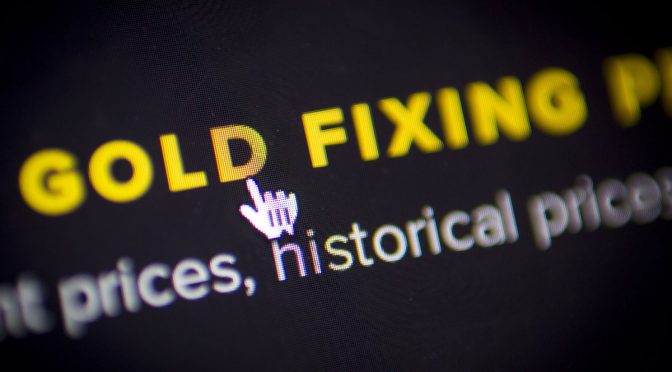 While countries are trying to repatriate their gold bullion from the Federal Reserve, representatives of metal product manufacturers are filing charges against the Corporation for fixing the prices of their raw materials.
Fixing the prices of metals is one way of keeping the banks afloat while they endlessly print more paper money. 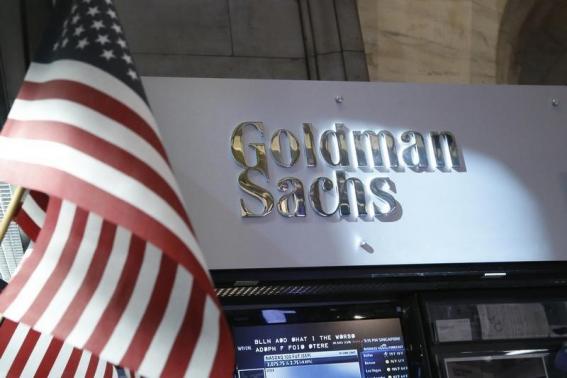 (Reuters) – Goldman Sachs Group Inc (GS.N), Germany’s BASF SE (BASFn.DE) and two other big platinum and palladium dealers have been sued in the United States in what the plaintiff’s law firm called the first nationwide class action over alleged price-fixing of the metals.
In a complaint filed on Tuesday in the U.S. District Court in Manhattan, units of Goldman, BASF, HSBC Holdings Plc (HSBA.L) and South Africa’s Standard Bank Group Ltd (SBKJ.J) were accused of having conspired since 2007 to rig the twice-daily platinum and palladium “fixings” and the prices of futures and options based on those fixings.
The plaintiff, Modern Settings LLC, a Florida-based maker of jewelry and police badges, claimed metals purchasers lost millions of dollars.
The defendants illegally shared customer data, used that information to engage in “front-running” of expected price moves, and manufactured phantom “spoof” orders, according to the plaintiff.
Platinum and palladium are used in catalytic converters to curb vehicle emissions, and are also used in dentistry and jewelry.
On Oct. 16, the London Metal Exchange said it will on Dec. 1 take charge of platinum and palladium price fixing, and use a new electronic platform.
The Hong Kong Exchanges and Clearing Ltd (0388.HK) unit said the platform would replace a benchmark system established in 1989, and run by Goldman, BASF, HSBC and Standard.
The complaint said such changes “have come too late” for Modern Settings and other prospective class members. The complaint seeks unspecified damages for the defendants’ alleged violations of U.S. antitrust and commodities laws.
Regulators around the world have tightened scrutiny of pricing benchmarks in recent years after uncovering evidence of rigging in currencies and the London Interbank Offered Rate.
The more stringent regulation has spawned new price setting platforms for gold, silver, platinum and palladium. Metals purchasers have filed similar lawsuits this year accusing banks of gold and silver price-fixing.
Goldman spokesman Michael DuVally and HSBC spokeswoman Juanita Gutierrez declined to comment. Standard Bank declined to comment.
A spokeswoman for BASF, the world’s largest chemicals maker, said the group could not comment because it had not been notified of a complaint.
BASF generated 2.36 billion euros ($2.95 billion) in precious metals trading revenue last year. The London-based trading business is part of BASF’s Catalysts division, which is the world’s largest maker of catalytic converters.
The law firm Labaton Sucharow represents Modern Settings.
The case is Modern Settings LLC v. BASF Metals Ltd et al, U.S. District Court, Southern District of New York, No. 14-09391.
(Additional reporting by Ludwig Burger and Frank Siebelt in Frankfurt and David Dolan in Johannesburg.)
source »

Swiss, French call to bring home gold reserves as Dutch move 122 tons out of US

The financial crisis in Europe is prompting some nations to repatriate their gold reserves to national vaults. The Netherlands has moved $5 billion worth of gold from New York, and some are calling for similar action from France, Switzerland, and Germany.
An unmatched pace of money printing by major central banks has boosted concerns in European countries over the safety of their gold reserves abroad.
The Dutch central bank – De Nederlandsche Bank – was one of the latest to make the move. The bank announced last Friday that it moved a fifth of its total 612.5-metric-ton gold reserve from New York to Amsterdam earlier in November.
It was done in an effort to redistribute the gold stock in “a more balanced way,” and to boost public confidence, the bank explained.
“With this adjustment the Dutch Central Bank joins other banks that are keeping a larger share of their gold supply in their own country,” the bank said in a statement. “In addition to a more balanced division of the gold reserves…this may also contribute to a positive confidence effect with the public.”
Dutch gold reserves are now divided as follows: 31 percent in Amsterdam, 31 percent in New York, 20 percent in Ottawa, Canada and 18 percent in London.
Meanwhile, Switzerland has organized the ‘Save Our Swiss Gold’ referendum, which is taking place on November 30. If passed, it would force the Swiss National Bank to convert a fifth of its assets into gold and repatriate all of its reserves from vaults in the UK and Canada.
“The Swiss initiative is merely part of an increasing global scramble towards gold and away from the endless printing of money. Huge movements of gold are going on right now,” Koos Jansen, an Amsterdam-based gold analyst for the Singaporean precious metal dealer BullionStar, told the Guardian.
France has also recently joined in on the trend, with the leader of the far-right National Front party Marine Le Pen calling on the central bank to repatriate the country’s gold reserves.
In an open letter to the governor of the Banque de France, Christian Noyer, Le Pen also demanded an audit of 2,435 tons of physical gold inventory.
Germany tried and failed to adopt a similar path in early 2013 by announcing a plan to repatriate some of its gold reserves back from the US and France.
READ MORE: No ‘gold rush’: Germany keeps reserves in the US
The efforts fizzled out this summer, when it was announced that Germany decided to leave $635 billion worth of gold in US vaults.
Germany only keeps about a third of its gold at home. Forty-five percent is held in New York, 13 percent in London, 11 percent in Paris, and only 31 percent in the Bundesbank in Frankfurt.
source »