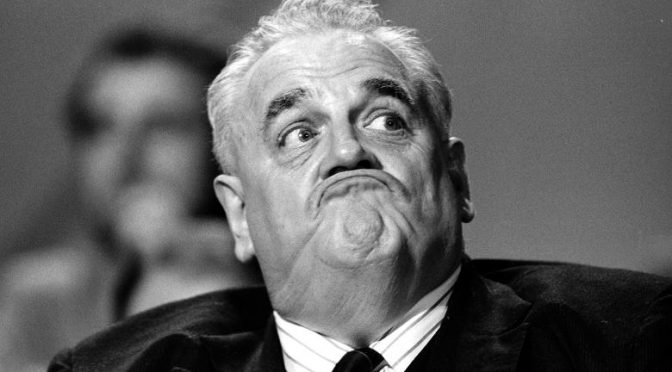 Secret societies have a way of controlling their members, and one of those methods is keeping their members’ secrets until they are no longer serving the best interests of the organization.
Once such secrets are exposed the eyes of the public are turned away from the organization perpetrating these organized crimes and into the abandoned member.
It worked then; it’s still working now.

Ex cabinet minister was photographed in sauna with naked boy at notorious guest house where children were ‘brought in for sex’, MP tells Parliament

A former cabinet minister was photographed with a naked boy in the sauna of a guesthouse at the centre of historic child sex abuse allegations, an MP has said.

Tory Zac Goldsmith claimed that a child protection campaigner had been told by one of the owners of the Elm Guest House, Carol Kasir, that she had photographs of ‘establishment figures’ at the hotel where boys in care had been ‘brought in for sex’.

But the evidence, along with logbooks, names, times, dates and photographs of Mrs Kasir’s customers simply disappeared after a 1982 police raid on the guesthouse.

Mr Goldsmith said evidence from 12 boys alleging abuse had also ‘evaporated’ and Mrs Kasir and her husband Haroon were eventually given suspended sentences for ‘running a disorderly house’.

In a backbench debate on the progress of the Government’s inquiry into historic child sex abuse, Mr Goldsmith told the Commons: ‘When Mrs Kasir died a few years after the house was raided in very odd circumstances, a child protection campaigner from the National Association of Young People in Care called for a criminal investigation into events at Elm Guest House.

‘He said that he’d been told by Mrs Kasir that boys had been brought in from the local children’s home […] for sex.

‘And that she had all kinds of photographs of establishment figures at her hotel. One of them allegedly showed a former cabinet minister in the sauna with a naked boy.

‘She had logbooks, names, times, dates, pictures of her customers and so on. All that evidence simply disappeared after the raid. It no longer exists. That surely is astonishing.’

It comes after Scotland Yard was urged to investigate ‘grotesque’ claims police helped to ‘cover up’ the death of an eight-year-old boy at the hands of a Westminster paedophile ring.

Vishambar Mehrotra claims his son Vishal was murdered by a Westminster-based abusers after disappearing on the day of the Royal wedding in 1981.

He said a male prostitute told him he was taken to the Elm Guest House where high-profile abusers attacked children. 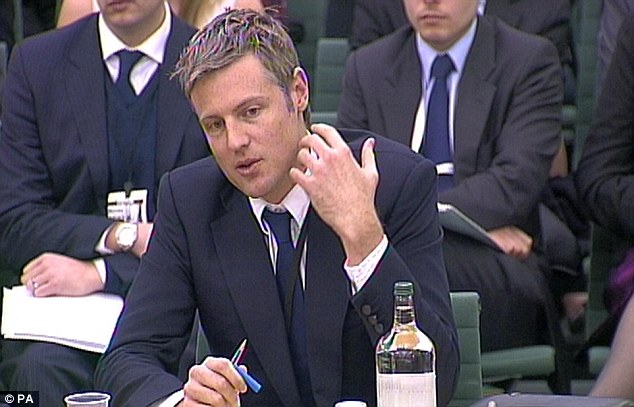 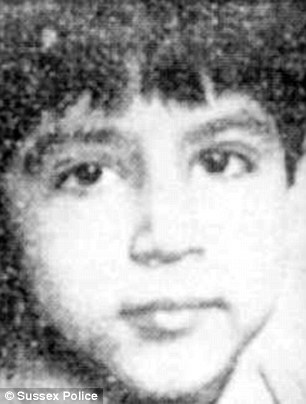 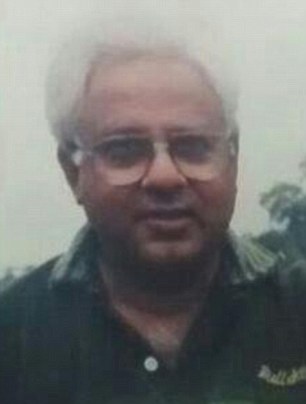 Vishal Mehrotra’s father Vishambar (right) claimed today that his son (left) was abducted, abused and murdered by the Westminster VIP paedophile ring after disappearing on the day of the Royal wedding in 1981

Mr Mehota recorded the conversation but when he presented police with the evidence, Scotland Yard ‘pooh poohed’ it and failed to investigate, he alleged.

Vishal disappeared while walking back to his home in Putney after a family day trip to watch the celebrations for Prince Charles and Lady Diana Spencer’s wedding on July 29, 1981.

He had been walking a few hundred yards ahead of his family members and vanished less than a mile from his home.

It was almost a year before his remains were found in isolated woodland in West Sussex in February 1982. 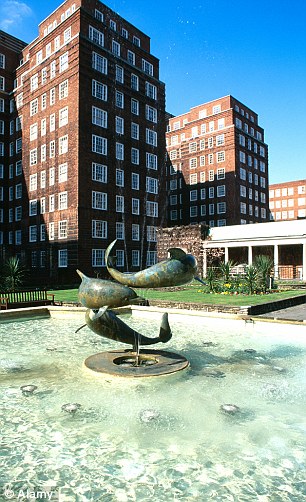 Dolphin Square, where boys are said to have been taken for sex sessions in the 1970s and 1980s

He was missing his legs, pelvis and lower spine – and much of his clothing, including his Superman underpants were also gone.

Earlier this month, another victim came forward alleging to have witnessed the murder of three boys including one who was strangled by a Conservative MP during a sex game.

The Metropolitan Police announced last week that it is investigating the possibility of murders linked to the Elm Guest House.

In May 1983, as police wound up the inquiry into Vishal Mehrotra’s death. West Sussex coroner Mark Calvert Lee recorded an open verdict at an inquest but said he believed ‘foul play’ was likely.

The owners of the Elm Guest House, Carole and Harry Kasir, were fined £1,000 each and given suspended nine-month sentences at the Old Bailey but were found not guilty of running a brothel.

Mrs Kasir – who killed herself in 1990 – later admitted to child protection officers that children from the council-run Grafton Close Children’s Home had been taken to the brothel and gave them names of people who had visited the guesthouse.

The late Liberal MP Cyril Smith is one public figure widely alleged to have abused children from Grafton Close at the Elm Guest House.

A Metropolitan Police spokesman said the force was ‘not in a position to comment’ about Mr Mehota’s claims.

Allegations of a VIP paedophile ring 30 years ago are being investigated by Scotland Yard through Operation Fairbank, launched two years.

As well as Elm Guest House, some of the abuse allegedly took place at flats in Dolphin Square, Pimlico, where some politicians had London homes.

Theresa May on Westminster paedophile ring 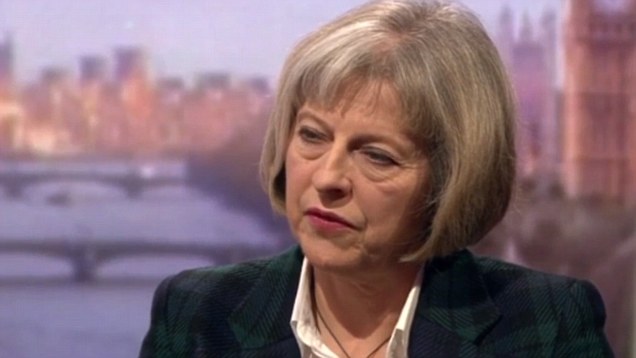 TIMELINE: HOW THE PAEDOPHILE SCANDALS MUSHROOMED IN TWO YEARS 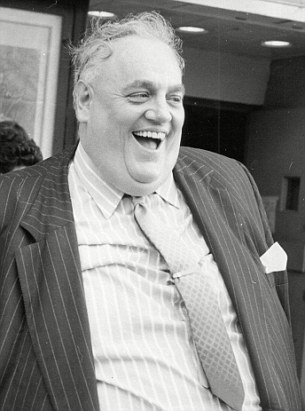 October 2012: Labour MP Tom Watson claims at Prime Minister’s Questions there is ‘clear intelligence suggesting a powerful paedophile network linked to Parliament and No 10’ and that a ‘senior aide to a former prime minister’ had links to a child sex gang member.

December 2012: Operation Fairbank set up to examine allegations that VIPs, including politicians, abused young men at Elm Guest House in Barnes, south-west London, in the 1970s and 1980s .

June 2014: Lord Janner’s Westminster offices searched by police. Again, he is not arrested.

July 3, 2014: It emerges Tory MP Geoffrey Dickens’ dossier on suspected Establishment paedophiles – sent to then Home Secretary Leon Brittan in 1983 – disappeared. But the Home Office could find no record of it, fuelling claims of a cover-up. Lord Brittan amends his story twice over his dealings with the original document.

July 7, 2014: Home Secretary Theresa May asks NSPCC’s Peter Wanless to head inquiry into Home Office handling of historical sex abuse cases. She also announces overarching inquiry. Chairman Baroness Butler-Sloss is forced to step down amid questions over the role played by her late brother, Lord Havers, who was attorney general in the 1980s.

October 2014: Replacement Fiona Woolf resigns amid criticism over her ‘Establishment links’, most notably in relation to Lord Brittan.