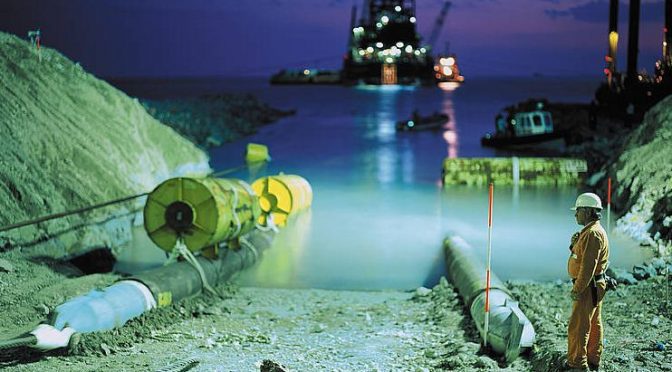 by Alexander Mercouris
The reaction to the cancellation of the Sound Stream project has been a wonder to behold and needs to be explained very carefully.
In order to understand what has happened it is first necessary to go back to the way Russian-European relations were developing in the 1990s.

Briefly, at that period, the assumption was that Russia would become the great supplier of energy and raw materials to Europe. This was the period of Europe’s great “rush for gas” as the Europeans looked forward to unlimited and unending Russian supplies. It was the increase in the role of Russian gas in the European energy mix which made it possible for Europe to run down its coal industry and cut its carbon emissions and bully and lecture everyone else to do the same.
However the Europeans did not envisage that Russia would just supply them with energy. Rather they always supposed this energy would be extracted for them in Russia by Western energy companies. This after all is the pattern in most of the developing world. The EU calls this “energy security” – a euphemism for the extraction of energy in other countries by its own companies under its own control.
It never happened that way. Though the Russian oil industry was privatised it mostly remained in Russian hands. After Putin came to power in 2000 the trend towards privatisation in the oil industry was reversed. One of the major reasons for western anger at the arrest of Khodorkovsky and the closure of Yukos and the transfer of its assets to the state oil company Rosneft was precisely because is reversed this trend of privatisation in the oil industry.
In the gas industry the process of privatisation never really got started. Gas export continued to be controlled by Gazprom, maintaining its position as a state owned monopoly gas exporter. Since Putin came to power Gazprom’s position as a state owned Russian monopoly has been made fully secure.
Much of the anger that exists in the west towards Putin can be explained by European and western resentment at his refusal and that of the Russian government to the break up of Russia’s energy monopolies and to the “opening up” (as it is euphemistically called) of the Russian energy industry to the advantage of western companies. Many of the allegations of corruption that are routinely made against Putin personally are intended to insinuate that he opposes the “opening up” of the Russian energy industry and the break up and privatisation of Gazprom and Rosneft because he has a personal stake in them (in the case of Gazprom, that he is actually its owner). If one examines in detail the specific allegations of corruption made against Putin (as I have done) this quickly becomes obvious.
His agenda of forcing Russia to privatise and break up its energy monopolies has never gone away. This is why Gazprom, despite the vital and reliable service it provides to its European customers, comes in for so much criticism. When Europeans complain about Europe’s energy dependence upon Russia, they express their resentment at having to buy gas from a single Russian state owned company (Gazprom) as opposed to their own western companies operating in Russia.
This resentment exists simultaneously with a belief, very entrenched in Europe, that Russia is somehow dependent upon Europe as a customer for its gas and as a supplier of finance and technology.
This combination of resentment and overconfidence is what lies behind the repeated European attempts to legislate in Europe on energy questions in a way that is intended to force Russia to “open up” its the energy industry there.
The first attempt was the so-called Energy Charter, which Russia signed but ultimately refused to ratify. The latest attempt is the EU’s so-called Third Energy Package.
This is presented as a development of EU anti-competition and anti-monopoly law. In reality, as everyone knows, it is targeted at Gazprom, which is a monopoly, though obviously not a European one.
This is the background to the conflict over South Stream. The EU authorities have insisted that South Stream must comply with the Third Energy Package even though the Third Energy Package came into existence only after the outline agreements for South Stream had been already reached.
Compliance with the Third Energy Package would have meant that though Gazprom supplied the gas it could not own or control the pipeline through which gas was supplied.
Were Gazprom to agree to this, it would acknowledge the EU’s authority over its operations. It would in that case undoubtedly face down the line more demands for more changes to its operating methods. Ultimately this would lead to demands for changes in the structure of the energy industry in Russia itself.
What has just happened is that the Russians have said no. Rather than proceed with the project by submitting to European demands, which is what the Europeans expected, the Russians have to everyone’s astonishment instead pulled out of the whole project. 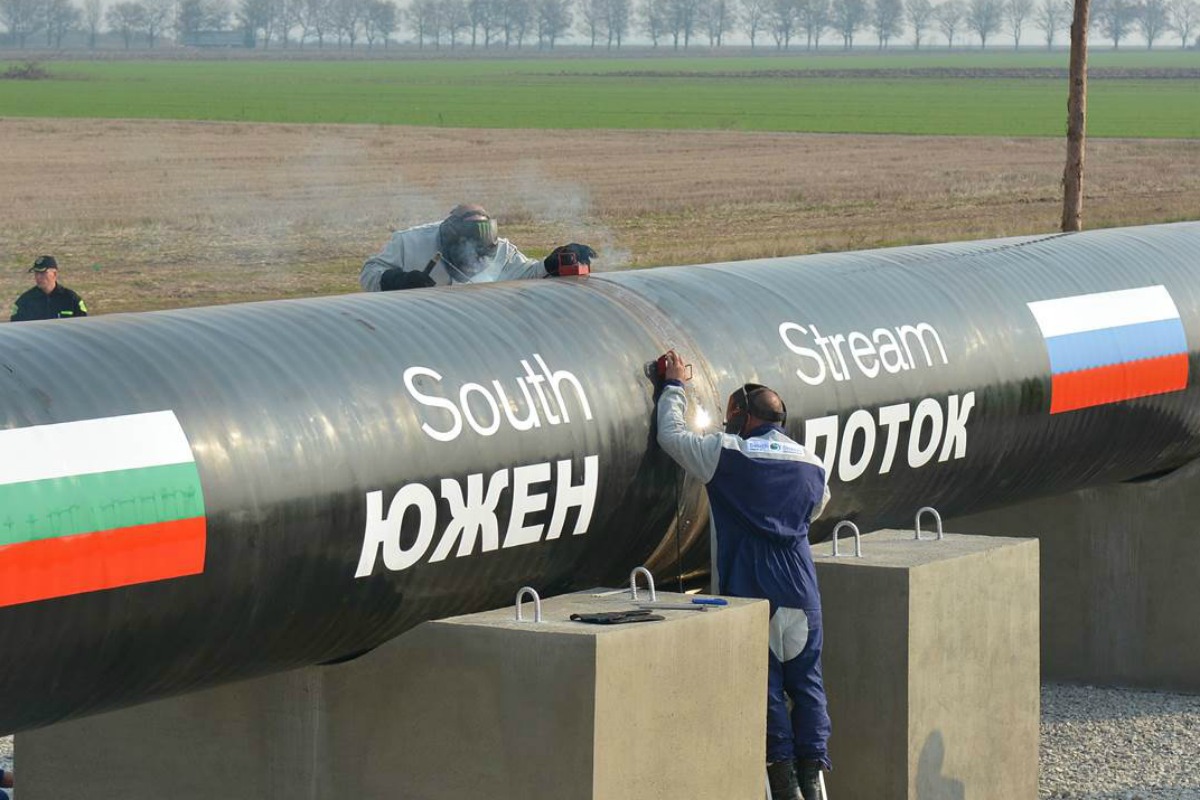 2 thoughts on “The Importance Of The Cancellation Of South Stream”