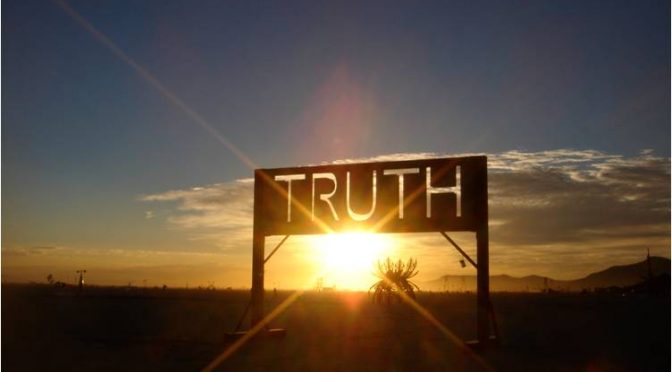 The power of fear-mongering and deception is crumbling right in front of our eyes as the world awakens. Here’s 5 signs the era of deception is over…


1. Pharmaceutical Industry Has Been Exposed

Perhaps one of the biggest controlling entities of the world is the pharmaceutical industrial complex who has deceived billions for almost two centuries. Their corruption, fabrications and outright deceit has enveloped almost every nation on Earth. In the last decade alone, millions have outcasted drugs and vaccines from their circle of trust. More people are coming to discover that this powerful group of criminals will stop at nothing to sell their snake oil to the public. Over the last several years, Pfizer, GlaxoSmithKline, and Novartis — and all other pharmaceutical giants, which once seemed unassailable are slowly drowning. Drug discovery jobs have disappeared by the thousands in the United States and by the hundreds in Europe as the industry has cut costs in order to adjust to what is widely perceived as the end of the blockbuster-drug era.
People are getting it. From the H1N1 scandal to HPV….from Lipitor to Vioxx, the public is catching on that most modern day diseases are man-made to sell us more poison in a vicious cycle which perpetuates until our death. Research is now showing that natural health products are as effective as man-made drugs and for the first time in history, the natural health industry is aiming to amend legislation to allow physicians to include natural health products in their practice–a change that could revolutionize the allopathic treatment model.

2. The Media Is No Longer Capable of Instilling Trust

Recent polls now show that an overwhelming 80% of the population no longer trusts mainstream newscasts. From the lies and promotion of wars to our health, the mainstream media is incapable of generating any unbiased newsworthy content without corporate or government propaganda. Conan O’Brien easily revealed how mainstream media’s scripted taking points are just a farce. This happens almost everyday on any issue you can imagine, across all networks at any time. The media, as they say “is a joke” branded to program the minds of millions though manipulation and deception. But their dominion and monopoly has been thwarted by the alternative media who are now fully engaged in exposing every lie one at a time….and we are achieving great success.

3. The Conventional Food Industry is Collapsing

By observing the chess match between anti-GMO camps and Monsanto (and their lobbyists), we see a clear indication that big agriculture, biotech and the entire food industry is in turmoil. Trade agreements currently being drafted in developed nations are attempting to secure legislation dictating all GMO labeling as illegal. Resistance against GMOs are being defined as “anti-free trade practices” that governments are attempting to enforce in the form of economic sanctions against nations that attempt to ban GMOs. Labeling initiatives spawned by various groups are being exposed as controlled opposition and the true intentions and transparency of these organizations is inevitable. Food giants are being held accountable for their manufacturing processes, toxic ingredients and lack of credibility.
All of these things are sure signs that the biotech industry is losing control as the entire world is awakening to the dangers of genetically modified foods and the conventional food supply. Technology is coming forward that will soon allow on-the-spot tests for environmental toxins, GMOs, pesticides, food safety and more with their smartphones and other hand-held devices as a defiant public will stop at nothing to regain independence within the food supply.

4. The Freedom Movement Is Gaining Momentum

De facto foreign administrations of unelected industrialists, financiers, academics, military leaders along with representatives from our elected government officials have been very busy the past century implementing changes into nations who were once sovereign and free. However, they have no real authority to restrict public mobility, free trade or limit access to anything. That means that everybody is free to drive without insurance, driver’s license, license plates, free to trade any articles of exchange including vitamins, supplements, healing modalities and free to consume and ingest anything they wish without restriction. This is a right of all people born on any land, and the movement to educate millions on these issues is rising across the globe. Mass populations are starting to see the reality that there is no longer sovereignty within nations. The people of these nations have lost their ability to write their own laws, avoid arrest, injury and damage from corporations which seek to remove all the freedoms from the people.
The elite societies of the world are now petrified of the awakening of these fundamental human rights. This is the fear of every official who deems their opinion can be enforced over others through artificial laws that don’t hold any weight in the highest courts. We are now declaring those rights more than ever and every beneficiary of the corrupt system is sending the police to insist that we are in wrong and they are right. It is about knowing what absolute sovereignty truly is and embracing the power to express that right regardless of anybody else’s interpretation. Police are being held accountable for these injustices and their homes and possessions are being taken from them in the highest courts as the people fight for their rights to be free and will accept no damage by illegal enforcement (the police) in the interim.

5. The Protection of Nature and Abolishment of Toxicity is Happening

More than a dozen U.S. states have now completely decriminalized the act of possessing marijuana and both Colorado and Washington have made it legal to possess, sell, transport and cultivate the plant. But soon it may be legalized across the entire country. That is quite the 180 from the federal government’s tune in 2011 when they decreed that marijuana had no accepted medical use and should remain classified as a highly dangerous drug like heroin. Nobody has the right to criminalize or restrict anybody from possessing a plant or smoking it for that matter. The rights of people to interact with nature are being recognized on all levels and cannabis liberation is a amazing step forward.
The restoration of clean drinking water through the removal of toxic fluoride is another example of how governments can no longer contain their lies, in this case the 60-year old deception of fluoride. Almost the entire world is now coming full circle to the health consequences of poisoning the water supply with fluoride. Most developed nations, including all of Japan and 97% of western Europe, do not fluoridate their water. Israel was recently added to that list. Many communities, over the last few years, stopped fluoridation in the US, Canada, New Zealand and Australia. Recently, both Wichita, Kansas and Portland, Oregon rejected fluoridation 60% to 40%. Hamilton, NZ, councilors voted 7-1 to stop 50 years of fluoridation after councilors listened to several days of testimony from those for and against fluoridation. Windsor, Ontario, stopped 51 years of fluoridation. Sixteen regional councils have halted or rejected fluoridation in Queensland since mandatory fluoridation was dropped there in Nov. 2012.
The news is spreading and a renaissance is blooming worldwide. There is no stopping it. The potential war in Syria which has no support from the American public is a beautiful reminder that people are tuning into their own hearts and wisdom as they come to understand that war will never accomplish anything but create more war.
Get ready my friends because we are headed for an incredible ride as we pave the way for a new consciousness as we rebuild the Earth, take back our power as united and free citizens of this wonderful planet.