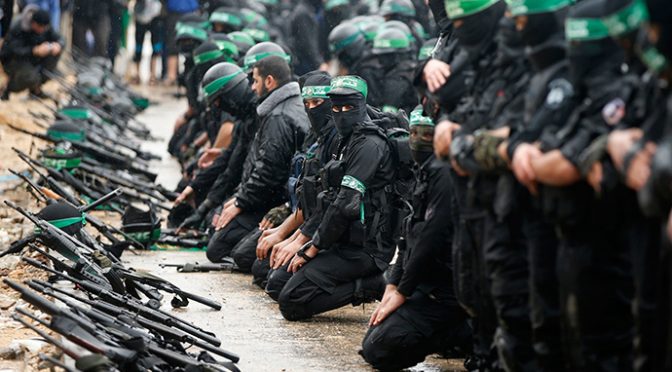 The Cabal is breaking up real fast now. Zionists are increasingly isolated.
Palestinian State recognition is expanding. Now, it’s Hamas’ turn to be recognized as a legitimate political group in Gaza.

The EU General Court has ordered that the Palestinian militant group Hamas be removed from the bloc’s terror blacklist. The move comes over four years after Hamas appealed its terror designation before the EU.
[soundcloud url=”https://api.soundcloud.com/tracks/181913004″]
READ MORE: At its 27th birthday parade, Hamas vows to destroy Israel
The European Union first banned Hamas’ military wing, the Izz a-Din al-Qassam Brigades, in 2002, though the organization’s social and political divisions were not put on the terror list. Following a series of Hamas suicide bombings during the second intifada or uprising in September 2003, the EU extended the ban to include the organization as a whole.
On September 12, 2010, Hamas appealed the ban, largely on procedural grounds. In its complaint, the group cited a lack of due process, specifically, that it had not been properly informed the act was being implemented. It further asserted that as a “legitimately-elected government,” it cannot be labeled as a terrorist organization, saying such a designation flies in the face of “the principle of non-interference in the internal matters of a State.”
READ MORE: ‘Amnesty are victims of Hamas propaganda’ – Israeli FM spokesman
The court accepted the organization’s argument, saying that the decision to remove Hamas from the list was not based on an examination of Hamas’ activities, but rather on an examination of the procedures used to institute the 2003 ban in the first place. Unless an appeal brings closure, however, a funding freeze against the group and sanctions against its members will remain in place for three more months. The lawyer for Hamas, Liliane Glock, told AFP she was “satisfied with the decision.”
Hamas official Izzat al-Rishq lauded the decision, saying the court had righted an injustice done to the organization, which he said is a “national freedom movement,” and not a terrorist organization, the Jerusalem Post reports.
But a deputy from Israel’s major right-wing Likud party, Danny Danon, said, “The Europeans must believe that there blood is more sacred than the blood of the Jews which they see as unimportant. That is the only way to explain the EU court’s decision to remove Hamas from the terror blacklist.”
“In Europe they must have forgotten that Hamas kidnapped three boys and fired thousands of rockets last summer at Israeli citizens,” he added.
Shortly after the ruling, Israeli Prime Minister Benjamin Netanyahu called on the EU to keep Hamas on its list of terrorist organizations.
“We expect them to immediately put Hamas back on the list,” Reuters cites Netanyahu as saying in a statement. “Hamas is a murderous terrorist organization which in its charter states its goal is to destroy Israel.”
The EU and Israel have attempted to downplay the ruling, saying that groups standing within Europe as terror organizations will not change. Israeli and European officials say the court will be given a few months to rebuild its file against Hamas with evidence of the group’s activities, which will enable it to be placed back on the list of terror organizations, the Israeli news portal Ynet reports.
According to RT’s Paula Slier, Israeli politicians “across the political spectrum” have unanimously condemned what they call a “temporary” removal.

#Israeli politicians across the political spectrum have unanimously condemned this 'temporary' removal.

According to Slier, EU officials have given Israel assurances that Brussels’ position has not changed, saying Wednesday’s ruling was a “technical” mistake. Officials from the 28-member bloc further said the court did not have sufficient authority to affect the entire EU’s position.
In the interim, however, EU member states will be empowered to establish diplomatic ties with Hamas. A Palestinian boy wearing the headband of Hamas’s armed wing sits on the shoulders of his father during a rally ahead of the 27th anniversary of Hamas founding, in Jabaliya in the northern Gaza Strip December 12, 2014 (Reuters / Mohammed Salem)

The EU ambassador to Israel, Lars Faaborg-Andersen, will meet with Israel’s Foreign Minister, Nissim Ben-Sheetrit, on Wednesday to discuss the matter, Israeli daily Haaretz reports. Faaborg-Andersen is expected to reiterate that the EU’s position on Hamas remains unchanged, and that a future decision to reclassify Hamas as a terror organization is forthcoming.
During the January 2006 Palestinian parliamentary elections, Hamas defeated the PLO-affiliated Fatah party and has governed the Gaza Strip for the past seven years. Some countries have treated Hamas as a terrorist organization, while others have not. While Australia, Canada, Egypt, Israel, Japan, Jordan, Qatar, the US and the UK all treat Hamas or its military wing as a terrorist organization, other states, including China, Iran, Russia and Turkey, do not.
Hamas leaders have made several diplomatic trips to Russia to discuss a range of issues, from Palestinian reconciliation to economic relations.
source » 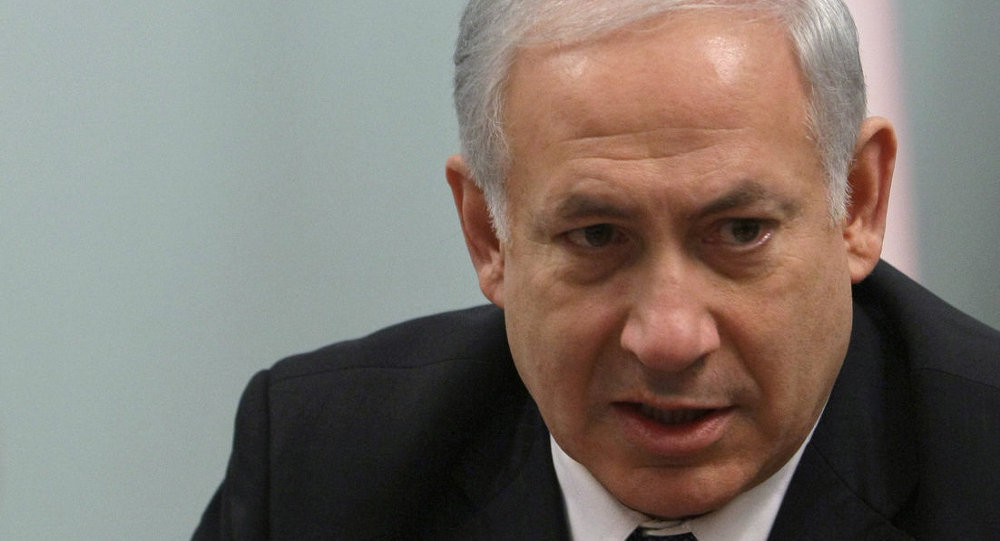 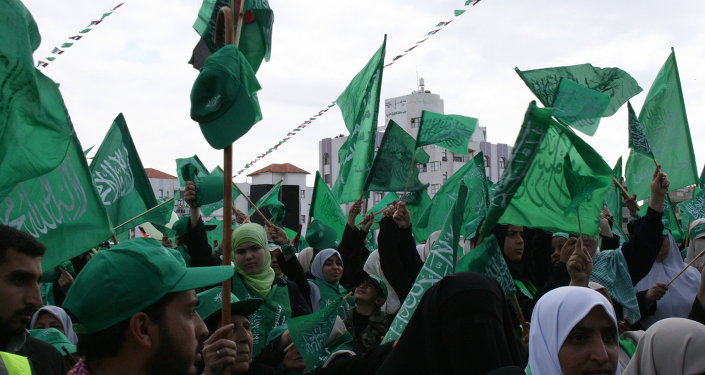 The European Union has maintained Hamas on its list of terrorist groups since December 2001. The organization brought a court order against the European Council in 2010 seeking the annulment of the decision.
Earlier on Wednesday, the EGC removed Hamas from its list of terrorist organizations, ruling that it made the list due to “factual imputations” taken from media and internet reports, as opposed to “acts examined and confirmed in decisions of competent authorities.” However, the Luxembourg-based court upheld temporary measures freezing Hamas’ assets for the next three months and left the possibility of an appeal to the European Court of Justice within two months of today’s ruling.
The Hamas movement has governed the Gaza Strip since 2007 and its reputation varies depending upon who is consulted. The European Union, Israel, Canada, the United States and Japan consider Hamas a terrorist organization, while Australia and Great Britain only condemn its military wing. Hamas is banned in Jordan.
Hamas leaders have made offical visits to Russia to discuss the status of the Gaza strip on numerous occasions.
source »