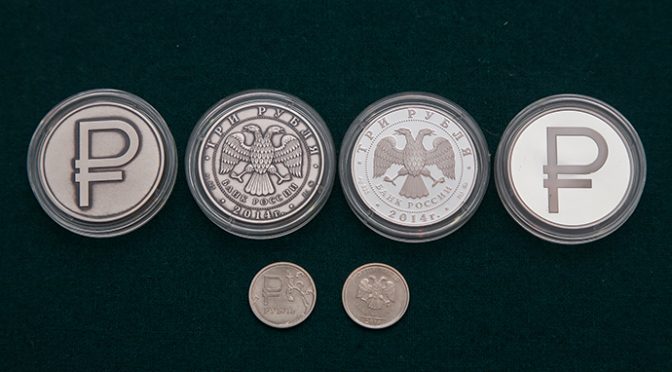 This is just one of those factors that we mean when we said that Russia’s falling ruble is still serving Russia’s interest in the long term.
Russian financial crisis is not really Russia’s…

Russia crisis leaves banks around the world exposed by the billions

Major banks across Europe, as well as the UK, US, and Japan, are at major risk should the Russian economy default, according to a new study by Capital Economics.

The ING Group in the Netherlands, Raiffeisen Bank in Austria, Societe General in France, UniCredit in Italy, and Commerzbank in Germany, have all faced significant losses in the wake of the ruble crisis. On Tuesday, the currency had its biggest fall in a decade and a half, losing 20 percent, nearing the 27 percent drop it experienced in 1998 that led to a default.
Ruble crisis LIVE UPDATES
Overall Societe General, known as Rosbank in the Russian market, has the most exposure at US$31 billion, or €25 billion, according to Citigroup Inc. analysts. This is equivalent to 62 percent of the Paris-based bank’s tangible equity, Bloomberg News reported.
Following the drop, Raiffeisen, which has €15 billion at risk in Russia, saw its stocks plummeted more than 10 percent. Raiffeisen also has significant exposure in Ukraine, which is facing a similar currency sell-off as Russia. Many Russian companies borrow money from European and American banks, but now the value of their domestic currency has decreased by more than 50 percent against the dollar, so the cost of the loans has doubled in ruble terms.
But the Russian Central Bank, flush with foreign cash reserves, can help these companies out.
“The current ruble crisis does not have any material impact on Russia’s ability to service foreign debt obligations,” Chris Weafer, partner at MacroAdivsory in Moscow, wrote in a note on Wednesday.
READ MORE: 1998 and 2014: Russian crisis in perspective
The Russian economy is nowhere near default. The Central Bank has more than $400 billion in foreign currency reserves, unlike the last time when they defaulted in 1998, when they only had $16 billion.
“There is no risk of default amongst the major banks or industrial companies. Reserves are adequate and the weak ruble boosts the outlook for trade and the current account surplus for 2015,” Weafer said.
source »

‘Politics blinded them?’ Putin says sanctions against Russia may backfire on Ukraine 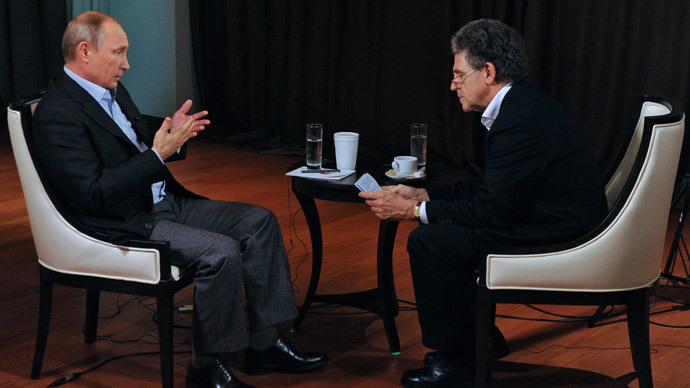 It’s astounding that the EU and US don’t realize that by limiting Russia’s access to international capital, they’re actually undermining the financial wellbeing of Ukraine, which is credited by Russian banks, Vladimir Putin told German TV channel ARD.
Read the transcript of the interview, part 1
The Russian President said that the country’s banks “have currently extended a $25-billion loan to the Ukrainian economy.”
“If our European and American partners want to help Ukraine, how can they undermine the financial base by limiting our financial institutions’ access to world capital markets?” said Putin in the ARD interview, as cited by Kremlin.ru.
“Do they want to bankrupt our banks? In that case they will bankrupt Ukraine. Have they thought about what they are doing at all or not? Or has politics blinded them? As we know eyes constitute a peripheral part of brain. Was something switched off in their brains?” the president wondered. The Russian state isn’t going to execute its formal right to demand an early payment of the $3 billion it loaned Kiev a year ago, Putin said.
“We have already decided that we will not do it because then Ukraine’s whole financial system would collapse,” he explained.

“We do not want to aggravate the situation. We want Ukraine to get back on its feet at last,” the president stressed.
As for the Russian banks, it’s their shareholders, including foreign ones, that should decide whether to demand early payment from their Ukrainian credit customers or not, he said. According to the president, the economies of different states are interconnected in the modern world and “any restrictions are counterproductive,” and in the long run cause damage to all international economic and financial players.
In recent months, the US and EU, which blame Russia for fanning the current Ukrainin unrest, have implemented several waves of sanctions against Russia.
The restrictive measures targeted not only individual politicians and businessmen, but also the country’s financial, energy and defense sectors.
The president said that it’s “rather difficult” to estimate the damage done by the sanctions to Russia’s economy, but he confirmed that “we have really sustained losses, it is true.” However, he stressed that the current situation may also have “some advantages,” which include boosting production within Russia.
The restrictions by the EU and US, “induced us to produce these goods ourselves” instead of relying on imports, Putin said.
“The comfortable life, when all we had to do was produce more oil and gas, and to buy everything else, is a thing of the past. Now we must think about producing goods ourselves, not just oil and gas,” he explained.
The president expressed confidence that Russia has the capabilities “to address any technology issues independently, including in the defense sphere.” Putin stressed that he expects the Russian economy to keep growing despite the setback caused by the current situation.
“With regard to growth, we should note that this year growth was modest but it was present nevertheless at about 0.5–0.6 percent. Next year we are planning to achieve 1.2 percent growth, the year after that 2.3 percent and 3 percent in three years,” he said.
“Generally, these are not the figures we would like to have but nevertheless it is growth and we are confident that we will achieve these figures,” Vladimir Putin added.
source »

2 thoughts on “How U.S. Sanctions Backfiring on Cabalists Banks Globally”