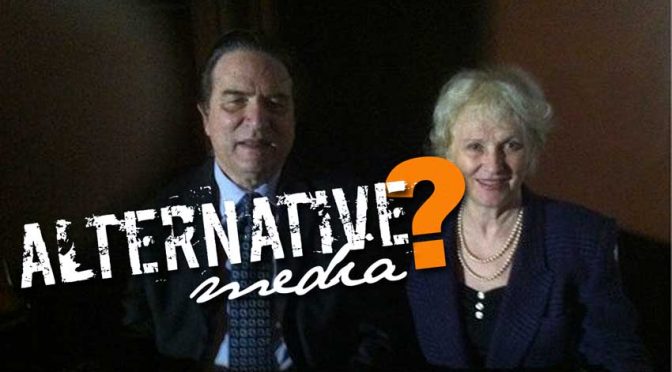 As we entered the last quarter of this year, big demolition jobs were launched against our sources of information regarding the ongoing move to dismantle the pyramid by striking the eye itself.

Neil Keenan was attacked using his friend Jean Haines. Those personal attacks were eventually thwarted when the Keenan Group successfully entered the Indonesian bunkers last month. Jean Haines had since gone offline.
Ben Fulford, on the other hand, was skeptical as to the authenticity of the gold bars being shown due to visible corrosion on its surface. Previous to that, Fulford was also skeptical about the existence of gold bullion in the Philippines.
Just to give everyone an idea if gold bars could oxidize in time, please refer to a documentary about our own experience with gold…
[youtube=https://www.youtube.com/watch?v=Rn7nqNAoVd4]

Video Summary
In 1981, Berto Morales, a farmer employed as a bulldozer operator in an irrigation project in Surigao struck gold. He discovered a treasure trove of gold ornaments while bringing down a hill to collect filling materials.

The discovery, hitherto unknown to the public, is among the largest collection of Philippine archaeological gold in the country as well as in the rest of the world…

What that video has shown is the inability of the other worker, i.e. helper, to recognize the helmet that’s made of gold and just thrown in at the wayside to prevent it from affecting the ongoing operation of the payloader. Morales, the driver, who had gathered some of the buried treasures much earlier recovered the helmet later on.
The best evidence we could offer at this point about the existence of our own gold bullion is the existence of our Central Bank itself and the legal documents linked midway from this article.
The Central Bank came into existence by virtue of our ownership of 617,000 metric tons of gold. This is not part of the Yamashita Golden Lily WW2 loot and the Dragon Family’s gold. This is our own property mined from our own gold mines scattered from Luzon down to Mindanao which still exist until today, and under the Jesuit-controlled corporate government.
Contrary to Western propaganda, we have a relatively advanced culture before the Spaniard came in 1521.
[youtube=https://www.youtube.com/watch?v=gKY7_ixDjvU]

We are discussing this now because within the Alternative Media there exist embedded moles that only the Jesuits could possibly do.
The Jesuits, through the assistance of local traitors, are responsible for the documented disappearance of the 617,000 metric tons of our gold. For those who have monitored the final days of the Marcos dictatorship, it was the Americans who brought the ailing dictator to Hawaii, with 20 huge crates of gold!
The Philippines had since then demanded that they be returned, but the United States failed to comply up to now. To Reagan’s credit, his government did promise to help us recover our hard assets. But just like those who failed to understand the American sense of humor, we got the same thing as Afghanistan’s Enduring Freedom.
As far as we are concern, we will continue to keep our independence from all these alternative and mainstream media personalities. Those names on the right sidebar of this page and many before them made our independence possible.
We may have quoted them, i.e. alternative media, in full or in part, but it doesn’t mean we are completely sold out with what they are saying. We are just giving all of them the benefit of the doubt they may deserve.
But in our book today, both Alfred Webre and Jean Haines are already compromised. From the manner he acted recently against Kevin Annett gives credence to Eric Jon Phelps claim that Webre is an undercover Jesuit operative. As expected, Phelps was attacked too.
Jean Haines, just like Webre, took a 180-degree turn much earlier, against Keenan, after passionately promoting the latter for years. She has gone offline for now, but her “ascension” laden articles sounded like religion.
Karen Hudes is another disruptor due to her incoherence.
Ben Fulford suffers from substantial inaccuracies from his sources, and is willing to compromise with the enemy just to reach a peaceful resolution. He is taking some level of precaution now, we are noticing.

Moving Past the Lies to our Real Purpose: Kevin Annett answers his Detractors

Issued against Alfred Webre, Alex Hunter and others
on 24 December, 2014
in the City of Vancouver, Canada

.
LET IT BE KNOWN that the contents of a public you tube broadcast issued on 22 December by Webre, Hunter and others constitutes a brutal and unprovoked act of deliberate criminal harassment and defamation, and incitement to hatred, against Kevin Daniel Annett by Webre, Hunter and others, who are accordingly liable for criminal prosecution under the law; and
LET IT BE FURTHER KNOWN that the You Tube corporation as well as any person who knowingly circulates the said broadcast is equally liable for prosecution under the law; and
LET IT BE FURTHER KNOWN that unless the offending broadcast is immediately removed from you tube and a public retraction and apology  for its contents is issued, these persons and corporation can and will be named in a common law court action as part of a Citizens’ Grand Jury to be convened in the City of Vancouver on January 15, 2015.
Issued by the International Tribunal into Crimes of Church and State (ITCCS) and Kevin Daniel Annett, acting under the authority of the common law.
A broadcast will be forthcoming.
www.itccs.org

Brussels:
As part of the enormous black ops campaign now being waged against the ITCCS and Kevin Annett, two opponents of the ITCCS are posing as former “jurors” in the court cases conducted against Pope Benedict and others, and are falsely claiming that no such trial ever occurred. They made their claim today in a you tube broadcast posted by Alfred Webre and other misinformation specialists.
For the record, neither of the two individuals making this claim, Alex Hunter and Watsek, have ever been jurors with either court case conducted by the International Common Law Court of Justice in Brussels. Their claims are false because they never had access to either the court process or the central ITCCS bodies.
Both men live in Vancouver, Canada and for about a year in 2011-2012 were active with our ITCCS branch there and Kevin Annett. Both Hunter and Watsek became suddenly hostile to ITCCS and Kevin Annett, without cause or explanation, and dropped away from ITCCS over a year ago.
The simple truth is that none of these supposed “insiders” have ever had access to the ITCCS courts or leaders, as they claim. In the same manner as Alfred Webre and other libelous critics, they are fabricating their story, relying on peoples’ ignorance to blacken our work and reputation.
Kevin Annett will be issuing a full statement about this latest misinformation in a you tube broadcast and interview tomorrow.
Please stay tuned to www.itccs.org for more information.
ITCCS Central Directorate, Brussels
24 December, 2014 (GMT)