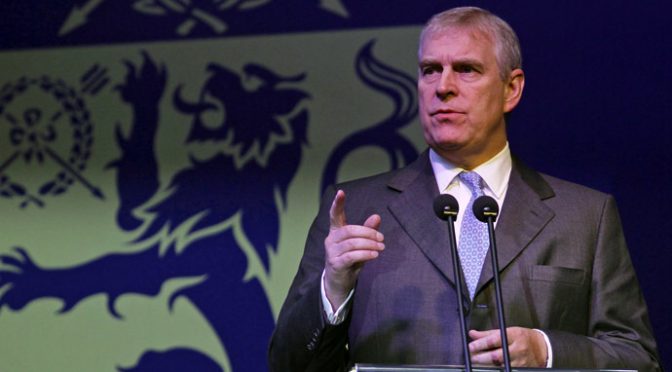 Prince Andrew, son of Britain’s Queen Elizabeth II, has been accused of having sexual relations with an underage girl in a case submitted to a US court on Friday.

The woman involved in the case, who has not been named, told a court in Florida she was forced to have sex with Prince Andrew multiple times by disgraced US multimillionaire Jeffrey Epstein.
The statement is part of a wider case against Epstein, who is accused of “loaning out” the then-teenager to his friends and associates.
READ MORE: ‘Reopen investigation into Westminster pedophile whistleblower deaths’ – MP
Epstein, 58, was jailed for 18 months in 2008 for seeking sexual relations with an underage girl.
However since his jailing, around 40 women, none of them identified, have accused Epstein of sexually abusing them.
Court documents seen by The Guardian say: “One such powerful individual Epstein forced [the woman] to have sexual relations with was a member of the British royal family, Prince Andrew (aka Duke of York).”
However, Buckingham Palace have hit back at the allegations, calling them “untrue.”