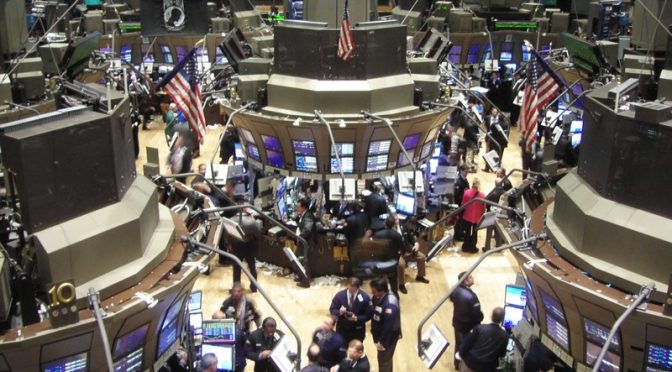 Jan. 5—The maelstrom in the trans-Atlantic financial markets is gathering strength, sucking in more and more financial institutions, and threatening a systemic collapse, starting with the crash of the euro. The Greek elections, which are a harbinger of that nation leaving the euro, are still three weeks away, and the oil price appears to have no bottom. 2015 has begun with a bang.

Among the most dramatic characterizations of the situation was the one by British intelligence-financial analyst Ambrose Evans-Pritchard, who, in his Jan. 2 column in the Daily Telegraph, said:

“Nothing like this has been seen in European history since the 14th century, after the depletion of silver mines set off a slow monetary contraction, followed by Edward III’s default on debts to Italian banks and the Black Death soon after, compounding a deflationary collapse.”

One major difference between now and the 14th Century, of course, is that the wars which the bankrupt bankers’ drive for survival will detonate, will not be local affairs, but will move inevitably to spark global warfare. And that global warfare, already launched by the City of London-Wall Street crowd against Russia and China, will inevitably lead toward thermonuclear extinction.
In the meantime, both Wall Street and the European Central Bank are scrambling to try to delay an unstoppable collapse-cycle of defaults and deleveraging, by whatever means necessary. In the U.S., Wall Street kingpin Jamie Dimon, and Wall Street stooges Barack Obama and John Boehner, joined forces in the last days of the 113th Congress, to force through a repeal of the provision prohibiting Federal bailouts of commodity and foreign exchange derivatives, which was contained in the otherwise worse-than-useless Dodd-Frank Act. Such action—which puts the American people, through their government, on the hook for tens of trillions of dollars worth of gambling debts called derivatives—is an outright violation of the intention of the U.S. Constitution, a de facto act of treason against the United States.
In Europe, the ECB is again threatening a new phase of bank bailouts called quantitative easing (QE), plus new austerity measures against the population—all of which are simply propelling a more rapid collapse of the doomed financial system.

In a number of statements over the past week, Lyndon LaRouche has insisted on one essential point: Since Wall Street is the source of both the economic crisis and the increasingly dangerous drive for war, the only way to protect the human race is to shut down Wall Street.
LaRouche has provided the pathway by which this can be accomplished. It begins with the enactment of Glass-Steagall banking separation, exactly as President Franklin D. Roosevelt implemented it in 1933. Indeed, the uproar caused by the derivatives-protection amendment put into the year-end Continuing Resolution by Congress, has sparked a new wave of calls for Glass-Steagall, since no one can now argue, as some did before, that Dodd-Frank is a bulwark against speculation.
But, it is a total reorientation in thinking about economics, in relation to the nature of man, which is required.
The next required steps after Glass-Steagall were outlined in the package of “Four Laws” which LaRouche outlined in June of 2014. We include that document as the next article in this section of EIR, followed by an elaboration on the American System of credit generation, as it appears in EIR‘s recently released “The New Silk Road Becomes the World Land-Bridge” report. What the U.S. and European populations need more than anything else in this current crisis, is to comprehend the economic principles that were embedded in the American Constitution, and its system of political economy, by first Treasury Secretary Alexander Hamilton. These principles will work today, to curb the power of the Wall Street sharks who are sparking global confrontation.
The recent fraudulent legislation to protect derivatives must be nullified, as the anti-Constitutional legislation it is. Indeed, LaRouche has demanded that that legislation be repealed, and that Members of Congress who voted for it face recall or impeachment.
But negative measures will not work, unless they proceed from an understanding of what must be done—specifically, the adoption of Hamiltonian principles of bankruptcy reorganization and productive credit.

The Trigger vs. the Bomb

In the Jan. 2 LaRouche PAC weekly webcast, this author elaborated on the current crisis as follows:

“It’s important, right off the bat, to distinguish between the trigger and the bomb. The bomb is the fact that the entire trans-Atlantic financial system is hopelessly and irreversibly bankrupt.
“There’s been all kinds of talk about a bail-in to deal with the imminent debt crisis, the debt explosion, which is merely a step towards yet another enormous bail-out. If you consider the magnitude of the trans-Atlantic derivatives bubble, just to take one aggregate figure that tells you just why this debt is unpayable in any form whatsoever, just consider the fact that BIS [Bank for International Settlements] estimates and other estimates are that the cumulative size of the current outstanding derivatives contracts of the major trans-Atlantic banks is well over a quadrillion dollars—that’s a thousand trillion dollars. The most optimistic view of the entire global combined GDP, which includes an enormous amount of fluff, is at best $55 trillion.
“In other words, you have an impossible leveraged bubble of debt that cannot, and will not ever be paid. So, that’s the situation. This is the situation that was created by the end of the Bretton Woods system in 1971, which created the climate for speculation to completely trump productive investment in the trans-Atlantic region. It was carried forward with the repeal of Glass-Steagall in 1999.
“In 2007, we had a blowout of parts of that financial bubble. There was a massive bailout—$23.7 trillion—wiped off taxpayers’ books to bail out Wall Street, AIG, the big banks. And now we’ve reached a point where, far from being immune to a new ‘too big to fail’ crisis, the banks in the United States and the banks in Europe are 40% to 80% bigger than they were, with even more extreme exposure.
“This was the consequence of having failed to take Lyndon LaRouche’s advice back in the 2007-2008 period, when he introduced the Homeowners and Bank Protection Act at the very beginning of the blowout of the mortgage bubble, and at that point, called immediately for the reinstating of Glass-Steagall. The failure to do that, the bailout instead, has meant that Wall Street has been even more extravagant and irrational in the bubble that they’ve built up.”

This Debt Can’t Be Paid

“So, right now we’re at a point where the entire system is set to blow, and it’s impossible to pay an illegal and criminal gambling debt that’s been accrued by the banks on the back of taxpayers. It never will be paid. And so we’re facing a critical moment, and there are many potential detonators out there, but it’s important to start by understanding that the bomb is a megaton bomb of unpayable debt. And that’s not something that occurred in the last few weeks or the last few months; it’s been a cumulative process over a long period of time.
“Wall Street intervened hysterically to make sure that the one small provision of Dodd-Frank that meant a damn thing was repealed just before Congress went into recess. And it caused a political backlash, but they were desperate enough that they were willing to pay that price. You had President Obama and Jamie Dimon working the phones. You had Democratic Members of Congress screaming that it was no longer appropriate to accept the blackmail and extortion coming from the White House.
“It was an act of desperation, precisely because one of the potential detonators, triggers for the blowout of this entire bankrupt system, is the fact that oil prices have been driven down by 50-60% over the last several months. About the only section of the U.S. economy that is ‘growing,’ is the shale oil and gas scam, in which hundreds of thousands of people have been drawn in, and now you have shale oil and gas being produced in places like North Dakota and Texas, where the cost of production is substantially higher than the price that they’re getting per barrel.
“Now, the people running the shale oil and gas scam have basically hedged against exactly this kind of price collapse. And so you’ve got Wall Street banks that are sitting on trillions of dollars of futures contracts, derivatives, complex contracts piled on top of them, and we’re estimating that the immediate bubble associated with the collapse of these oil prices is in the range of $20 trillion—in other words, something doubling even the fantasy figures about the size of the U.S. economy as a whole.
“So, it’s an impossible situation. Under these circumstances, Wall Street and their friends in London are contemplating the exact kind of measures that were taken repeatedly in the 20th Century, with two world wars, that were the policies that were adopted by the financial oligarchy of Europe at the time of the Black Death of the 14th Century. The way you resolve a debt bubble that is unpayable, is you start a war, and under the fog of war, you can restructure that debt while maintaining political control.”