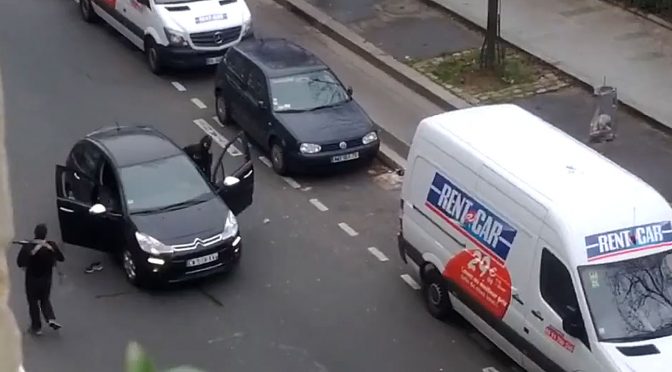 There are now videos surfacing about the shooting of one Paris Police officer that shows evidence of a Hollywood scripted production, complete with street markers, botched audio, but… no blood.


[youtube=https://www.youtube.com/watch?feature=player_embedded&v=-jAoxZ6vvbQ]
It also interesting to note that this company was printing anti-Islam cartoons that surely fuel negative sentiments across the Islam community. Why would they do that aside from upholding press freedom?
Is Charlie Hebdo under the control of the experts on “divide and conquer”, i.e. the Jesuits?
They failed starting a race war in Ferguson shooting. Will they succeed now with the Paris hostage and policemen shooting.?
–
Jan 8 2015

UPDATE: The final SLAM on Paris terror attack added below these top 10 problems with the story 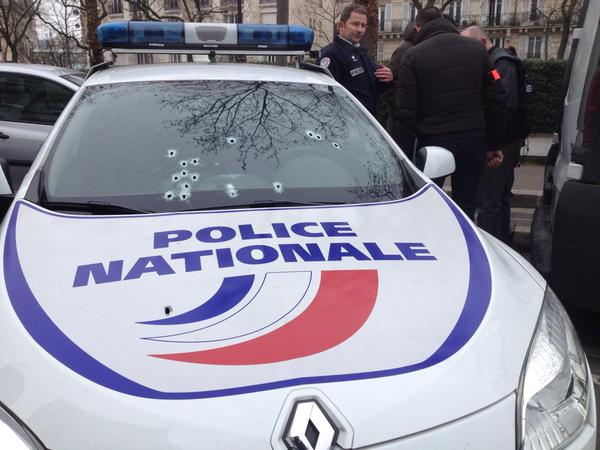 4 (a good one) – If the perpetrators got away and have not been captured, HOW did the French police identify them within hours when they did not turn up elsewhere? Sort of like the passport on 911 or all those pristine passports from flight MH17. That works. Gotta have a positive ID on them to “prove” they are “Muslim” and not just the Mossad out on a field trip. Gotta do it when the shock factor is at max. And no one dropped a passport this time, HOW did the police figure it out? TIMES THREE?