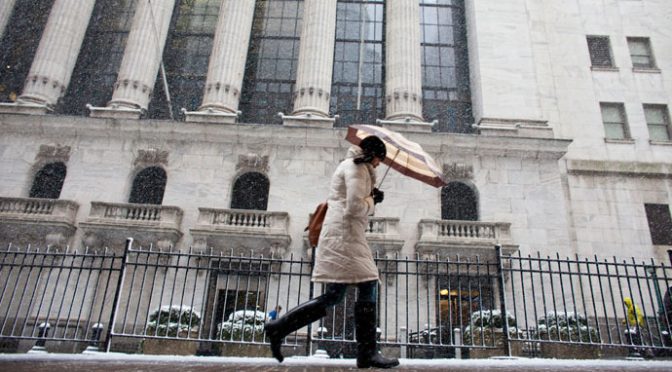 by Charles Hugh Smith
When the citizenry cease to believe the lies, the nation suffers a nervous breakdown.
Last week I used the phrase National Nervous Breakdown without clarifying its meaning. (The War on Our Intuition That Something Is Fundamentally Amiss)

By National Nervous Breakdown I do not mean the breakdown of civil order or the economy; I mean the breakdown of the officially sanctioned narratives that underpin the Status Quo. These Master Narratives legitimize the current arrangement; once they erode or break down, the legitimacy of the Status Quo is lost.
The shell remains in place, but nobody believes the system is a fair, just meritocracy.
Let’s consider the erosion or breakdown of these master narratives.

Now that police departments are essentially stealing from private citizens without due process via civil forfeiture, it’s clear there is no accountability for abuses of power.
This is simply one example of many in which blatant abuse of power is sanctioned by the Status Quo, and there is little recourse for citizens who have been abused unless they are wealthy enough to fund a high-powered legal team.
In effect, our legal system is broken. This mirrors the erosion and breakdown of accountability in the late 1960s and early 1970s, when abuse of power was rampant and there was little recourse for the citizenry.

Meanwhile, the income and wealth of the vast majority of citizens stagnates.

In the corporate world, loyalty has been reduced to a facade of rah-rah PR that masks a culture of insecurity.

Welcome to the United States of Orwell, Part 2: Law-Abiding Taxpayers Are Treated as Criminals While the Real Criminals Go Free (March 27, 2012)
When the master narratives have broken down, legitimacy is lost. What’s left is authority without accountability or recourse and abuse of power without limits.
When the citizenry cease to believe the lies, the nation suffers a nervous breakdown.
source »