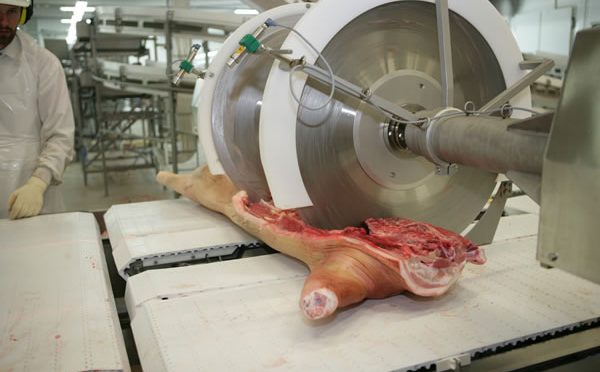 China’s soft power continues to gain ground…
Although China can surely produce and supply its own need for pork, she opted to buy them from far-off Finland, a country which complied with the Cabal’s economic sanction against Russia, and subsequently suffered from the latter’s retaliatory ban against European products.

After Finland’s pork industry was dealt a major blow by a Russian ban on pork imports, another BRICS member China has authorized the Finnish meat industry to export pork to China.
China’s Agriculture Ministry confirmed on Friday that Atria and HKScan, two Finnish companies, have gained permits to export pork to China.
Finnish Agriculture Minister Petteri Orpo said the meat exports to China may, in the long term, offset the losses caused by import restrictions levied by Russia. Finland’s Customs statistics show that the country exported about 5,000 tonnes of pork to Russia in 2013.
Russia has banned imports of pork as well as other meat and dairy products, from Western countries, Australia and Japan. It is retaliation for the West’s sanctions on Russia over the Ukraine crisis.
“The volumes of pork exported from Finland to Russia have been so large that several new export countries must be found to replace it,” says Senior Inspector Joni Haapanen from Finnish firm Evira.
Finnish exports to China will be viable despite the costs of the long transportation chain, local media reports said quoting experts.
Markku Hirvijarvi, a director from Atria, said the decision was “a very positive message”, Finnish national broadcaster Yle reported.
Last summer, Chinese officials toured Finland and inspected slaughterhouses and meat processing facilities. China is the world’s largest pork producer and consumer.
Meanwhile, China had barred pork imports from six US processing plants and six cold storage facilities last year to enforce its ban on the use of a feed additive that promotes lean muscle growth.
China currently requires third party verification that US pork shipped to the country is free of the additive ractopamine, which is sold for hog farm use under the name Paylean.
Besides pork, the Finnish food industries are also seeking possibilities of exporting other food products. However, any fast relief to the dairy sector is not expected from the Chinese market, Yle reported.
Finland is among the western countries that have joined the United States and the European Union in imposing sanctions on Russia to protest its actions in Ukraine.
Meanwhile, European food imports in Russia have been replaced by supplies from Brazil, Argentina, Turkey or Egypt.
source »

China’s outbound investment soared to $102.9 billion in 2014, crossing the $100-billion mark for the first time, Vice Commerce Minister Zhong Shan revealed on Friday in Beijing.
This is a 14.1 per cent rise from the previous year and much better than the 1.7 per cent gain recorded in foreign direct investment in China, which was $119.6 billion.
The data revealed on Friday did not cover investment in the financial sector.
China’s investment in the European Union in 2014 was 1.7 times that of 2013 and investment in the United States rose 23.9 per cent last year, Zhong said.
“Judging from the current speed, China will soon become a net outbound investor, which will be a historic turning point,” Zhong said at a news briefing. Beijing’s new thrust on encouraging Chinese firms to shift investment and operations in foreign countries has gained ground.
“Based on the current trend, China’s outbound investment will keep growing faster than inbound investment, leaving China to soon become a net outbound investment country,” Zhong added.
The Chinese government will increase financial support for Chinese companies investing and operating overseas, or “going global”, an official statement by China’s Cabinet said last month.
Overseas investment is predicted to grow by an annual rate of 17 per cent during the 2011-2015 period, according to earlier projections from the ministry.
China’s total investment in overseas non-financial sectors came in at $90.17 billion in 2013, while total inbound investment reached $117.59 billion.
China has announced a $40 billion fund for investing in infrastructure, resources and industrial and financial cooperation to resurrect the old Silk Road trading route that once connected China and Europe.
Zhong said on Friday the ministry will focus on integrating the Silk Road Economic Belt and the 21st Century Maritime Silk Road, to actively expand investment in related regions.
TBP and Agencies

One thought on “China to Bail Out Finland Pork Industry”