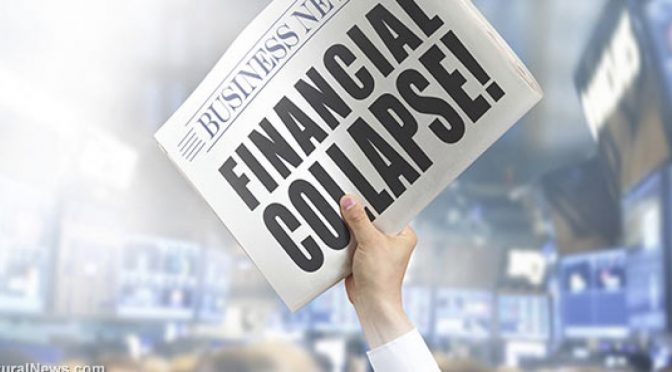 Just as 2014 was ending, we were made aware of an imminent Black Swan event. That event is already happening starting from the final decision to stop supplying natural gas to NATO by the withdrawal of South Stream project in favor of Turkish Stream.

Today Dr. Paul Craig Roberts warned King World News that the Russians are going to unleash what he called the “ultimate black swan” against the West.  Dr. Roberts also discussed how a terrifying series of events would then bring the Western financial system to it knees as the banking system completely collapses.
Dr. Roberts:  “I was listening to the news today and there were all these self-righteous people just happy as all get out that they had finally stomped Russia into the ground and ‘Russia is now finished,’ and Russia was broken and ‘would soon be an American vassal state where it belongs.’  And I was listening to this rot and got to thinking, ‘How can people be so utterly stupid?’  But they are, and they are just as stupid in Washington.
And in the meantime, as part of this process, Eric, we may see Russia unleash black swans that bring down the Western house of cards….
Continue reading the Paul Craig Roberts interview below…
“Suppose the Russian government says, ‘Well, since the attack on the ruble is political and you guys are attacking the ruble and causing us so much trouble, we are just not going to pay off the next traunch of our debt that comes due early in 2015.’
Well, the European banking system would collapse because those banks are terribly undercapitalized.  Some of them have loans to Russia that almost absorb the entire capital base.  So the Russians don’t even have to default.  They can just say, ‘We’re not going to pay this year.  We will do it later.  We’ll do it when the ruble stabilizes.’ (Laughter).
You can understand the impact of such a decision by the Russians on the West.   And given all the linkages and the interconnections — when Lehman Brothers went down it had just about as much adverse affect on Europe as it did the United States.
What would come from that?  Who knows?  There are all kinds of derivatives and credit default swaps everywhere.  We know these derivatives now are some multiple of the world’s Gross Domestic Product.  And nobody really knows who all the counterparties are.  If the European banks start going down, who knows what the impact on this pile of derivatives would be?  But the whole Western system is a house of cards.  It’s not based on anything other than market manipulation.  So it doesn’t take much of a push to knock it down.
The biggest black swan of all, Eric, if the Russians get thoroughly angry, all they have to do is call up the European governments and say, ‘We no longer sell natural gas or any other form of energy to members of NATO.’  The consequence would be the utter and total collapse of NATO.  Not even a puppet state like Germany is going to let the people freeze to death, let the factories be closed down, and let the unemployment rate hit 40 percent.  It’s just not going to happen — it would be the end of NATO.
So whenever the Russians want to destroy NATO, that’s all they have to do.  Just call up the puppet Merkel, call up the puppet Hollande, the puppet Cameron, and say, ‘You guys really enjoy being in NATO, well let me tell you what, we no longer sell energy to NATO members.’  That’s the end of NATO and that’s the end of the cover for American power.
That would set off so many black swans.  Every banking system would probably collapse because if the German banks are faced with German industry closing down, what the hell is going to happen to the banks?  So all the cards are in Putin’s hands.  None of them are in Washington’s hands.  Putin is going to reorient Russia to the East.  Then you are going to see Russia, India, and China, take over the leadership of the world.  That will start in 2015.” KWN has now released the incredible Dr. Paul Craig Roberts audio interview where he discussed his stunning 2015 predictions, the ‘Gold black swan’ as well as other black swans Russia may unleash which would cause Western collapse and much more. This is one of Dr. Roberts’ most important audio interviews ever and you can listen to it by CLICKING HERE OR ON THE IMAGE BELOW.
[soundcloud url=”https://api.soundcloud.com/tracks/182352104?secret_token=s-tjwBF”]
source »