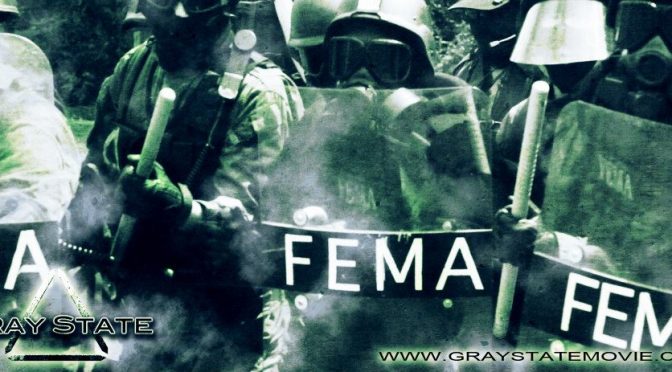 A film about the New World Order and martial law is about to be shown to the public but unfortunately its filmmaker, David Crowley, may not be able to attend its premiere showing as he was assassinated together with his family. 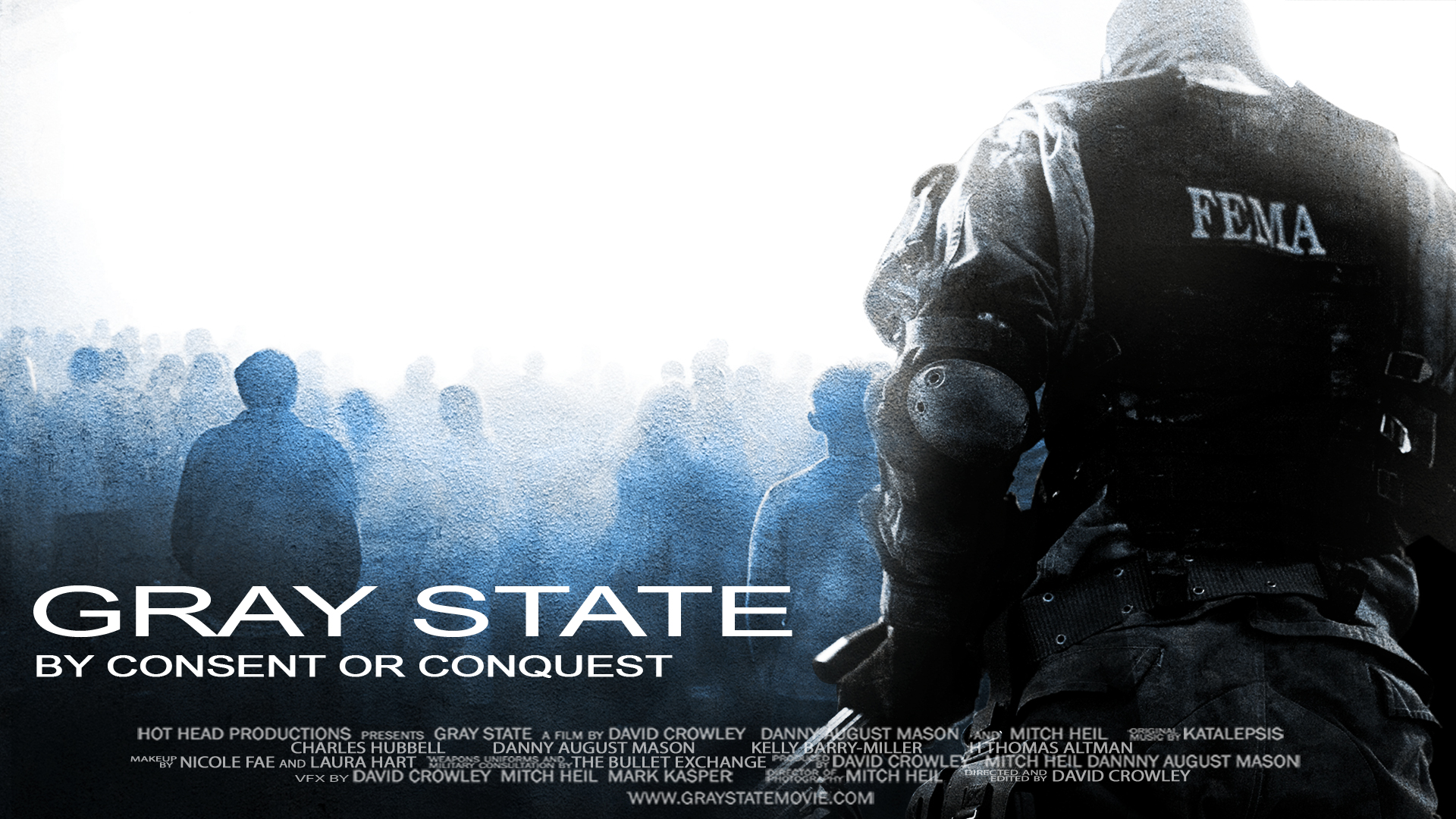 Upon hearing the news that filmmaker David Crowley of the Gray State project was found dead in an apparent murder/suicide along with his wife and 5-year old daughter, I immediately recalled our private conversation of October 3, 2012. It was about three hours before airtime when we first spoke, candidly and without the restrictions imposed by a program clock.

We talked about his vision for the film Gray State, a depiction of future events in a post-collapse America he recently launched. Mr. Crowley was very articulate and outlined his vision well. It was obvious that he had big plans for his project, and even bigger plans for his future. I recalled him being very detail oriented, and knew that creating this movie was not going to be a small or short project.

In addition to the film project, we discussed other matters – personal matters. He spoke of his wife and daughter with the pride of a loving husband and father. He spoke of past events that brought him to this point in his life. He spoke of what he saw as a country in dire trouble from a ruling elite who were bent on destruction of our country and our way of life. He was not, however, fanatical about what he saw taking place. He was reserved, measured and practical.

It was during our conversation that I chided him a bit about the dangers of his undertaking, that it might not be a popular move to appear on our radio show in the run-up to the 2012 elections. He chuckled and said that he was glad to have any opportunity, no matter how big or small, to expose the machinations of the corrupt and the complicit who were destroying the country in which his daughter would grow up.

It was during the latter part of our conversation that he made the statement that is most unsettling and troubling to me. It was six months after the death of Andrew Breitbart and five months before the “accident” that claimed the life of Michael Hastings. He ominously confided that he had no intentions of committing suicide or otherwise becoming a statistic as he had so much to live for. “I’m not prone to suicide,” he told me.

Although I lost touch of late, the narrative being constructed in the public about David Crowley is the complete opposite of the man I spoke with, joked with, and subsequently interviewed. I understand that people change, things happen, and people will surprise you. I’ve seen it many times. I get it.

What I don’t understand is the public’s acquiescence or resignation to the official narrative without question, especially considering the people whom we’ve lost to questionable, if not outright strange circumstances. There is something very wrong here.

The death of David Crowley, his wife and daughter is more than a tragedy. It seems to fit a disturbing pattern.We need the complete truth about what happened, and not accept anything less. Although his death and the murder of his five year-old daughter and 28 year-old wife could have been by his hand, I’m not buying it. Others aren’t either.

A “Justice for David Crowley of Gray State” page has just been launched on Facebook. They want answers. So do I.

In the days leading up to his death, David Crowley still had hope that his independent film would pan out.

But Crowley, an Apple Valley filmmaker and screenwriter, also showed concern over the project — “Gray State,” a movie that the Army veteran scripted but had yet to film.

In an email to a prospective producer, Crowley wrote that the project was “now almost completely abandoned” by its original backers and that he was “exhausted from carrying and managing this burden for so many years.”

“Maybe the work load got too crazy; I don’t know the personal reasons, but at the end of it all here I am at the end of the tunnel all alone,” he wrote to a Los Angeles first assistant director in an email obtained by the Pioneer Press. “The fans continue to gather, but they’re frustrated and despondent. No one believes anymore.”

Crowley reached out to Jason Allen in the Dec. 17 email, asking if he wanted to be an executive producer and help out with the logistics of the film project, which he started about four years ago and revolves around a plot of government conspiracy.

“Jason, you know exactly what to do with this,” Crowley wrote.
Allen didn’t get the opportunity to take Crowley up on his offer.

On Saturday, Apple Valley police found Crowley, 29; his wife, Komel, a 28-year-old dietitian; and their 5-year-old daughter, Rani, dead of gunshot wounds in what investigators are saying was a murder-suicide at the family’s home in the 1000 block of Ramsdell Drive.

The deaths left their families, neighbors and friends wondering what went wrong.

Mason Hendricks, a friend of the couple, said he was unaware of even the slightest hint of trouble — financial or otherwise — between David and Komel and that he “can’t comprehend how one of them would hurt each other.”

“I honestly believe — and this is all speculative — that this may have been a joint decision,” Hendricks said of the murder-suicide. “He and Komel had a great relationship.

The bodies of David Crowley his wife, Komel Crowley; and their 5-year-old daughter, Rani, were discovered in their Apple Valley home Saturday in an apparent murder-suicide. (Pioneer Press: Scott Takushi)

They were like that couple that finish each other’s sentences … and you’re like, ‘Shut up, please. You’re too cute.’ ”

Apple Valley Police Chief Jon Rechtzigel said Tuesday there had not been prior police calls to the family’s home, a white and brown rambler in one of the city’s older neighborhoods.

On Wednesday, the Hennepin County medical examiner’s office confirmed the identities of the bodies. A manner of death for the three has not been released.

It isn’t known exactly when the three died, but neighbors have said they stopped seeing signs of life in the house around Christmas.

David Crowley, an Owatonna, Minn., native, left behind a short note, Hendricks said. As far as its contents, Hendricks would say only that “it goes into some stuff that needs to be looked into later.”

Allen said he had been in touch with Crowley about his project over the past four years, mostly through emails. In September, Crowley flew to Los Angeles “to meet with possible financiers and producer-types,” Allen said, and that he seemed upbeat and positive about the project after the trip.
In his Dec. 17 email, Crowley wrote that in a few weeks he was going to release a 2 1/2-hour documentary, “a manifesto on the Gray State model (called The Rise), completely in tandem with a few new trailers for a Gray State series that has an integrated storyline.”

“When you see The Rise, and the new trailers for the #GRAYSTATE series, you’ll know what I mean when I say I have followed my heart at every step,” he wrote.

Crowley goes on to write that his wife was helping him build a database of professionals, actors and other industry contacts interested in the project, which he described as generating a “time bomb of public interest!”

For Allen, that energy and enthusiasm do not show a man who was about to give up on life.

“He was very much excited about releasing this documentary about his movie,” he said.

But the reality, Allen said, was that Crowley had severed ties with some of his original partners and was exploring other possibilities.

“That’s where I think David was coming to me, particularly in light of having these investors and financiers that ended up falling through,” Allen said.