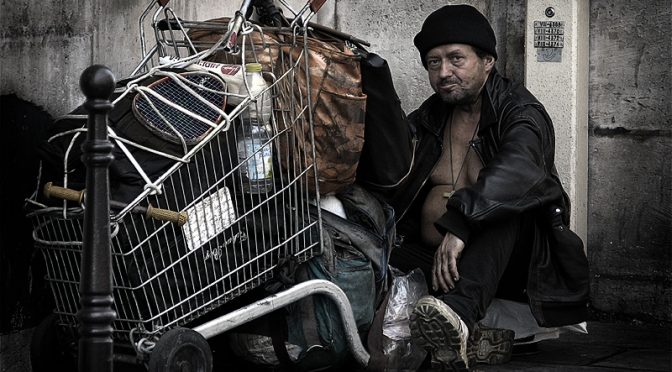 Of all countries hit by the ongoing financial crisis, it’s Croatia that is doing a first, i.e. write off its citizens’ debt, in cooperation with their creditors and its revenue department.
So if this solution is available all along then why would other countries not bailing out their citizens instead of the banks?
Why kill the real markets, i.e. the customers or the people, instead of sacrificing the corporations?
The only explanation is Agenda21, or the deliberate reduction of the global population through massive hunger.

‘Chance for a new start’: Croatia writes off debts of 60,000 poorest citizens

Croatian government have gotten creditors on board a plan to erase the debts of some 60,000 poorest citizens. The “fresh start” scheme targets less than 1 percent of the entire debt, but is hoped to boost the economy in the long-term.
The unorthodox measure was voted for by the government on January 15 and comes into force on Monday. To be eligible to participate debtors must have no savings or property, have a debt no greater than about $5,100 and live on welfare or an income of no higher than $138 per month.
“We assess that this measure will be applicable to some 60,000 citizens,” Deputy Prime Minister Milanka Opacic said as he was introducing the bailout. “Thus they will be given a chance for a new start without a burden of debt.”
Croatian Prime Minister Zoran Milanovic (Reuters / Charles Platiau)
Some $31 million worth of bad debts are expected to be written off by creditors who have signed up to the government’s scheme. Those include several banks, telecommunication companies, major utilities, several major cities and municipalities as well as the government’s own tax agency. None will be refunded for their losses.
The program would return access to bank accounts to about 20 percent of the 317,000 Croatians, whose accounts were frozen in July last year due to debts. The entire population of the small Mediterranean nation is 4.4 million.
“This is the first time that any (Croatian) government is trying to solve this difficult problem and we are proud of it,” Prime Minister Zoran Milanovic told a cabinet session.
In addition to debt erasing Milanovic’s government is considering other measures to help its debt-stricken citizens amid the economic recession, which has been plaguing the country for six years in a row. Zagreb wants to follow the example of Bulgaria and fix a favorable exchange rate for mortgage loans taken in Swiss francs.
The Swiss currency was popular among lenders due to its long-running stability, and mortgage loans denominated in francs were popular in many Eastern European nations. But the economic turmoil in the Eurozone put pressure on the Swiss franc, which was pegged against the euro since 2011, when market volatility made investors rush to the Swiss safe-haven currency.
Prime Minister of the Republic of Hungary Viktor Orban (RIA Novosti / Aleksey Nikolskyi)
The pegging ended in mid-January, sending the franc’s value up 20 percent against other currencies. This led to franc-denominated debts costing much more for foreign borrowers.
Hungary was lucky to dodge the damage due to a program launched by the government of Prime Minister Viktor Orban in 2011, which forced a conversion of franc-denominated mortgages into the Hungarian national currency at a fixed rate. Banks operating in the country took the hit, but now the Hungarian government is celebrating saving its citizens from a hard fall.
Poland and Romania are considering a similar move, while Croatia has amendments to its Credit Institutions Act already floating in the legislature.