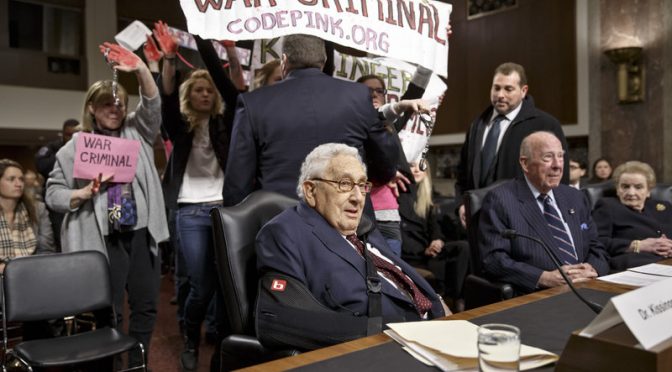 It’s unfortunate when the so-called servants of the people are calling us “useless eaters”. That was yesterday. Today, they are using a more down to earth…. “low-life scums”.

January 29, 2015 1:49 PM ET
Sen. John McCain, R-Ariz., lashed out at anti-war demonstrators protesting the presence of former Secretary of State Henry Kissinger at a Senate hearing, calling them “low-life scum.”
Kissinger, 91, and other former secretaries of state in both Republican and Democratic administrations, were at the Senate Armed Services Committee, which McCain chairs, for a hearing on global security challenges.
A small group of protesters held banners calling Kissinger a “war criminal” and urged his arrest for U.S. actions when he served in the Nixon administration as National Security Advisor and Secretary of State.
“Arrest Henry Kissinger for war crimes,” they chanted.
Critics have accused Kissinger of war crimes for covert actions the U.S. government conducted in Chile, Vietnam, East Timor, Cambodia and Laos.
McCain ordered Capitol police to remove the protesters.
“Get out of here, you low-life scum,” he said.
You can watch what happened here.
http://www.c-span.org/video/?c4525608/senate-armed-services-hearing-national-security 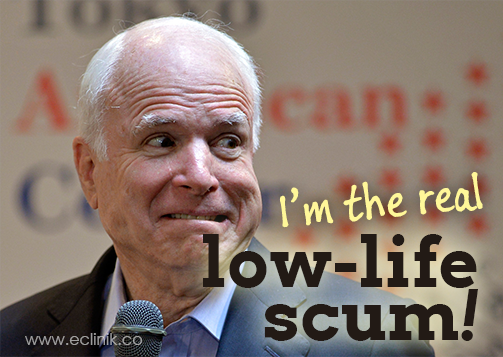 2 thoughts on “The Real Low-Life Scums”