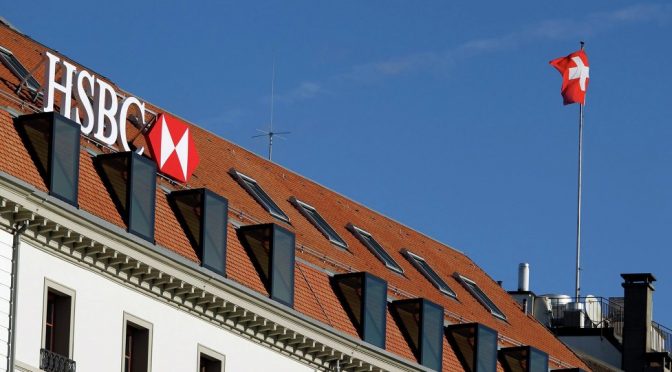 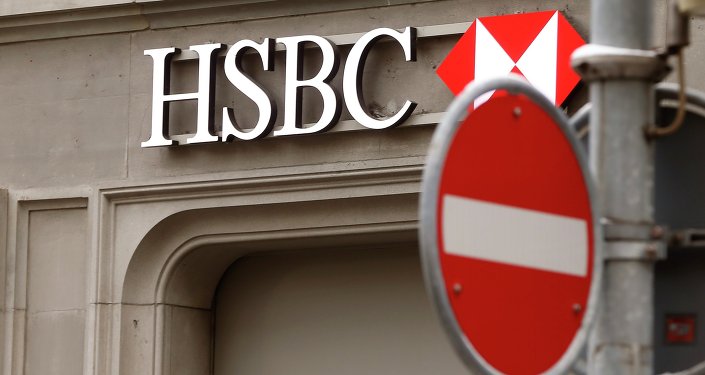 UK-based HSBC Bank Admits Swiss Subsidiary Helped Customers Dodge Taxes
Investigative news media received access to the leaked secret documents which reveal that the world’s second largest bank, according to Forbes, the UK’s HSBC, helped its wealthy clients to conceal their millions by keeping private accounts in Switzerland.HSBC’s Swiss banking arm had apparently helped its clients to cheat their country’s tax systems, handled huge sums of cash with minimal questions asked, colluded with some clients to conceal their undeclared “black” accounts, provided accounts to international criminals, corrupt businessmen and other high-risk individuals.
The documents appear to be those that were leaked to the French government in 2010 and shared with various governments around the world.
But it is only now that the files, which cover the period 2005-2007, have been obtained by journalists. In their entirety, they amount to the biggest banking leak in history and shed light on some 30,000 accounts holding almost $120 billion.
The documents have been made available to the Guardian, the French daily Le Monde, BBC’s Panorama and the Washington-based International Consortium of Investigative Journalists.

The files contain information on Hollywood stars, shopkeepers, royalty and clothing merchants along with the heirs to some of Europe’s biggest fortunes.One of the memos, available to the journalists, reveals that an HSBC manager discussed how a London-based financier whom the bank codenamed “Painter” and his partner could avoid Italian tax.
“The risk for the couple is, of course, that when they return to Italy the UK tax authorities will pass on information on them to the Italian tax authorities. My own view on this was that … there clearly was a risk.”
Another document shows that HSBC’s Swiss bankers were prepared to help illegal trader Emmanuel Shallop, convicted of dealing in “blood diamonds.”
One memo records: “We have opened a company account for him based in Dubai … The client is currently being very careful because he is under pressure from the Belgian tax authorities who are investigating his activities in the field of diamond tax evasion.”

Another file provided details on how a British tycoon and owner of London’s Ivy restaurant Richard Caring, in a single day in 2005, withdrew five million Swiss francs (£2.25m) in cash.The documents are also said to contain evidence on HSBC’s Swiss subsidiary providing banking services to relatives of dictators, people implicated in African corruption scandals, arms industry figures amongst others.
The documents are purported to prove how HSBC in Switzerland used targeted marketing to offer tax avoidance strategies to its wealthy clients. The bank contacted clients in 2005 to suggest ways to avoid a new tax levied on the Swiss savings accounts of EU citizens, a measure brought in through a treaty between Switzerland and the EU to tackle secret offshore accounts.
HSBC is said to be facing criminal investigations and charges in France, Belgium, the US and Argentina as a result of the leak, but no legal action has been taken against it in Britain as yet.
Hervé Falciani, an IT expert at HSBC’s Swiss bank, got access to customer files in late 2007 and copied the documents. He then fled to France where he was detained by French authorities.
France refused to extradite him when the authorities realized the data could identify thousands of French tax evaders. Falciani now lives in France under protection, however, the information he leaked was shared with many other countries around the world.
Read more: http://sputniknews.com/business/20150209/1017995326.html#ixzz3RFyyhifo