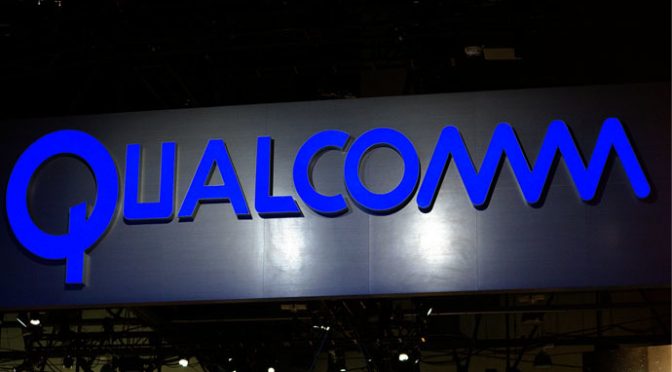 Today’s China is very serious in eradicating graft and corruption in all its forms, foreign and domestic.

This is the biggest fine against a foreign company so far…

Published time: February 10, 2015 15:46
US chipmaker Qualcomm has received the largest fine in Chinese corporate history from anti-monopoly regulators who claim the company needed to lower its patent fees as they were “stifling innovation.”
China is the world’s biggest mobile phone manufacturer and has fined Qualcomm $975 million (6.088 billion yuan) over unfair market dominance. Qualcomm has now agreed to lower its royalty fees on licenses in China, which will help domestic smartphone companies.
“The behavior of Qualcomm restricted competition in the market, curbed technology innovation and harmed the interests of consumers,” the Chinese Cabinet’s National Development and Reform Commission (NDRC) said in a statement Tuesday.
Qualcomm will offer licenses to existing 3G and 4G Chinese patents, and will now receive royalties based on 65 percent of the phones selling price, instead of its full price. China introduced a comprehensive anti-monopoly law in August 2008.
Qualcomm said it will not challenge the ruling.
“We fully respect their authority, but we don’t believe it’s likely that other agencies will necessarily meet similar conclusions,” Qualcomm President Derek Aberle said, as quoted by Reuters.
NDRC head Xu Kunlin told reporters that the purpose was to restore “orderly, free-market competition,” and that Qualcomm’s practices had “stifled innovation.”
The settlement immediately boosted the San Diego-based company’s stock, as it cleared up any future surprises for investors. Shares rose over 3 percent.
“It removes a significant source of uncertainly from our business and positions our licensing group to really participate in the full growth of the wireless market in China,” CEO Steve Mollenkopf told Bloomberg News.
“It’s something we’re happy is over,” Mollenkopf said.
source »

by Xinhua Writer Sun Ding
BEIJING, Feb. 10 (Xinhua) — China’s record fine on Qualcomm shows its firm resolve to root out business malpractice and create an environment for fair competition both at home and abroad.
The U.S. mobile chip-maker agreed to pay a 975-million-U.S. dollar fine after it was found to have abused its market dominance in violation of China’s Anti-Monopoly Law.
Starting last year, the high-profile investigations into Qualcomm and other multinationals including Microsoft stirred unease in the Western business circles and in Western media, which accused China of targeting foreign firms.
However, their concerns were easily proved to be misplaced as state-owned giants China Telecom and China Unicom have been subject to anti-trust probes since 2011 while best-known alcohol makers Kweichow Moutai and Wuliangye were each fined more than 200 million yuan in 2013 for monopoly.
As no company is granted impunity in China, being a Chinese or foreign firm makes no difference.
In the case of Qualcomm, the company’s practices “hampered innovation and technology development, harmed consumers’ rights and interests, and violated China’s relevant anti-monopoly rules,” according to an statement issued by the National Development and Reform Commission.
The hefty fines indicate China’s strong determination to maintain market order and create a better investment climate.
Speaking at the World Economic Forum at Davos last month, Chinese Premier Li Keqiang stressed the need to create a better market environment for fair competition as part of the efforts to comprehensively deepen reforms.
China is committed to creating a favorable “soft environment” that features better market regulation and a world-class business environment established on market principles and the rule of law, Li said.
It is obvious that a clean, orderly and robust Chinese market with increasingly smaller room for malpractice is favorable for both domestic and international companies.
Viewed as signs that the world’s second-largest economy is working harder to make companies comply with regulations and build a level playing field, China’s anti-monopoly and anti-corruption efforts undoubtedly deserve applause.
source »

One thought on “China Fines Qualcomm $975M for Anti-Trust Breach”