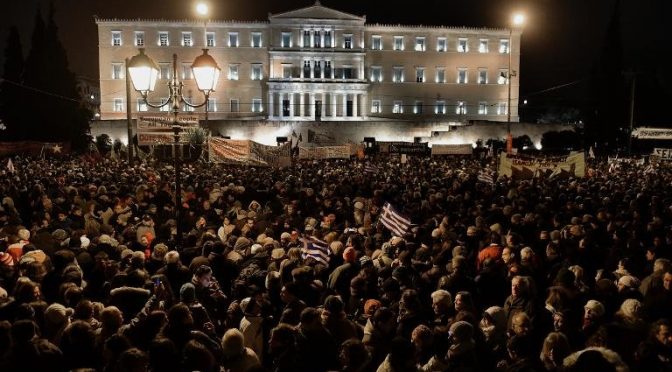 Greece’s new government continues to defy Eurogroup pressure, and its people is celebrating their new found freedom.
The Oligarchs are restless…

Greece To ECB: “Get To Work, Mr. Draghi”

Submitted by Tyler Durden on 02/12/2015 08:18 -0500
With talk that Greek banks have hit their emergency lending limit with the ECB (which has prompted a teleconference this morning among ECB polcy-makers), it seems the newly-found position of negotiating strength for Greece (perhaps encouraged by China or Russia behind the scenes) has prompted more demands:

Gold Picks Up As Greek Debt Negotiations Heat Up

Gold is edging up amid the lack of a breakthrough on Greece’s 317 billion euro debt to the ‘troika’ of its international lenders. 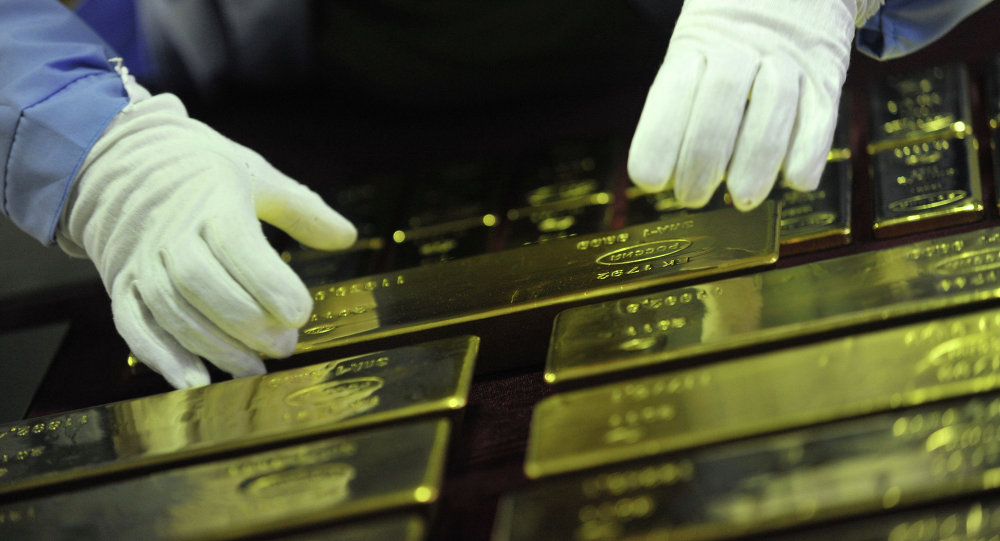 Eurogroup Fails to Reach Bailout Deal With Greece
Gold futures for April delivery were up $0.4 in Thursday trading in New York to hit $1,220 per ounce as an emergency meeting of the Eurogroup failed to decide on ways to deal with the lingering Geek debt issue.
Silver futures for next month dipped 0.75% to close at $16.64 per ounce.
During Thursday’s emergency session of the Eurozone’s finance ministers the Greek Finance Minister Yanis Varoufakis proposed signing a bridge agreement to finance the country’s everyday needs pending a final decision on restructuring its foreign debt.
continue reading »

Published time: February 11, 2015 21:54
Edited time: February 11, 2015 23:48
As EU politicians failed to reach a Greek debt deal in Brussels, thousands of people poured onto the streets of Athens and other large cities to protest austerity and voice support for the recently elected Syriza party.
Eurozone finance ministers have made progress in discussions with Greece following hours of talks on Wednesday. The talks on whether to extend an international bailout to Athens will continue during the next scheduled meeting on Monday, as the sides could not agree on another meeting before then.
“We explored a number of issues, one of which was the current program,” Eurogroup chairman Jeroen Dijsselbloem said. “We discussed the possibility of an extension. For some that is clear that is preferred option but we haven’t come to that conclusion as yet.”

Greece has confirmed there was no agreement, adding that “negotiations will continue with the goal of a mutually beneficial agreement.”
“An extension of the memorandum cannot be accepted,” a statement from Athens reads. Greece’s new finance minister, Yanis Varoufakis, is negotiating to adjust conditions of the $284 billion bailout memorandum, agreed by a previous government in 2012.

According to his recent statements, Varoufakis is looking to scrap about 30 percent of the conditions, which came attached with the previous loans. He is also seeking to secure an extension for further talks, funded by a loan that will allow the government to fulfill its obligations.

After seven hours of talks, Varoufakis said it was a “good discussion” that will continue on Monday, adding he believes a “healing deal” on Greece’s finances could be reached next week.
‘Bankrupt but Free’
Standing in front of the parliament building in central Athens – the traditional place for public demonstrations – a peaceful crowd held placards with the slogans “Bankrupt but Free” and “Stop Austerity, Support Greece, Change Europe.”
“In the cities of Greece and Europe the people are fighting the negotiation battle, They are our strength,” leftist Prime Minister Alexis Tsipras tweeted along with a picture of the rally in Athens, which attracted at least 15,000.
Other large rallies took place in Kalamata, Thessaloniki, and Crete, with smaller solidarity demonstrations occurring in major European capitals.

A recent poll said that 75 percent of all Greeks support the actions of Syriza since it assumed power as the dominant part of the coalition, following early elections on January 25.
Most EU officials were skeptical about agreeing to any deal on Wednesday, with German Finance Minister Wolfgang Schaeuble saying the talks would give a chance to demarcate “red lines.”

Anti-austerity parties rising: from Athens to Dublin! @conormurphymp speaks at rally in London in support of #Syriza pic.twitter.com/z1ZesatgHz