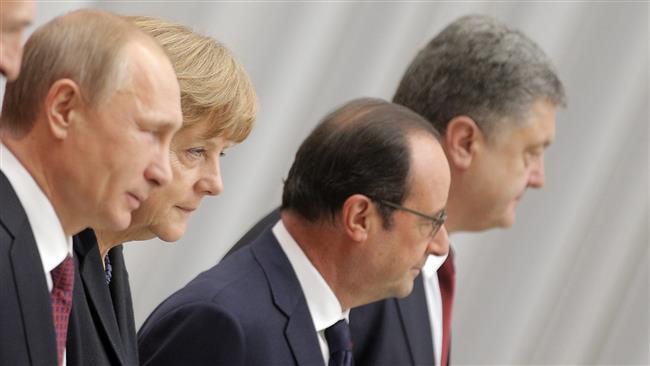 By DR PAUL CRAIG ROBERTS
Judging by the report on RT http://rt.com/news/231667-minsk-ceasefire-deal-breakup/ I conclude that the Ukraine peace deal worked out in Minsk by Putin, Merkel, Hollande, and Poroshenko has little chance of success.
As Washington is not a partner to the Minsk peace deal, how can there be peace when Washington has made policy decisions to escalate the conflict and to use the conflict as a proxy war between the US and Russia?