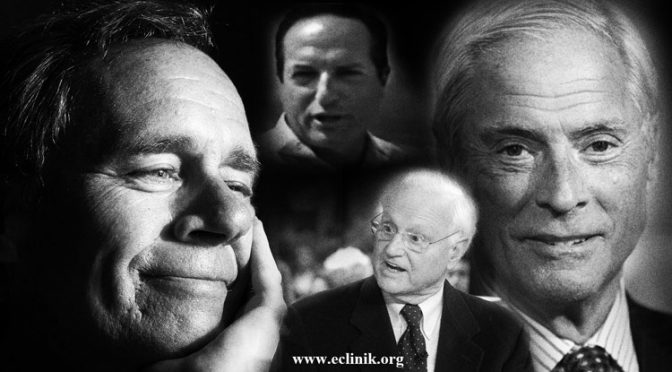 We all know how easy it is for the PTB/PTW agents to assassinate anyone without firing a gun. In just the past 24 hours alone, three American journalists were dead and one barely survived a head-on collision.

Are all these deaths and accident related in some way?
In fact, they are. They are all journalists and privy to all types of information having been in the industry for far too long.
In the case of David Carr, he died just after interviewing Ed Snowden, the NSA whistleblower.
Now, we have a developing CIA Langley HQ lockdown …

Ned Colt, who reported from Asia and around the world for NBC News before joining two humanitarian agencies, has died in Boston after suffering a massive stroke. He was 58.

NEW YORK — Bob Simon, the longtime “60 Minutes” correspondent and legendary CBS News foreign reporter died suddenly Wednesday night in a car accident in New York City.
The award-winning newsman was 73.
“Bob Simon was a giant of broadcast journalism, and a dear friend to everyone in the CBS News family. We are all shocked by this tragic, sudden loss. Our thoughts and prayers are with Bob’s extended family and especially with our colleague Tanya Simon,” said CBS News President David Rhodes.
Simon was riding in the backseat of a livery cab around 6:45 p.m. Wednesday on New York City’s West Side Highway when the car rear-ended another vehicle and crashed into barriers separating north- and southbound traffic, the New York Police Department said in a statement. Unconscious with head and torso injuries, Simon was transported to St. Luke’s Roosevelt Hospital where he died. The livery cab driver was taken to another hospital with injuries to his arms and legs. Police were investigating but made no arrests.
Simon was not wearing a seatbelt, police confirmed Thursday. Seat belts are not required in livery cabs and are often not used by passengers.
continue reading »

David Carr, Times Critic and Champion of Media, Dies at 58

David Carr, who wriggled away from the demon of drug addiction to become a journalistic celebrity, a name-brand media columnist at The New York Times and a best-selling author who reported on his own near demise and recovery, died on Thursday in Manhattan. He was 58.

Mr. Carr collapsed in the Times newsroom, where he was found shortly before 9 p.m. He was taken to St. Luke’s-Roosevelt Hospital, where he was pronounced dead. The cause had not been determined.

Longtime NBC News correspondent Bob Hager was involved in a head-on collision near his home in Vermont Thursday. Hager was uninjured; his wife, Honore, was hospitalized with back and neck injuries. According to a report by local station WCAX, Hager and his wife were traveling on Route 11 in Peru, Vermont, when another car crossed the center line and hit Hager’s car head-on.
Hager, best known for his coverage of aviation, retired from NBC in 2004 after 35 years and settled in his native Woodstock, Vermont.
source »