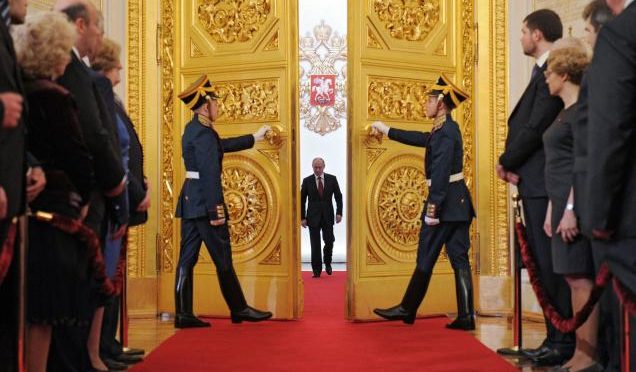 The ex-MI6 Chief has advised the West to learn to accept the reality of Putin. This advice may have some wisdom in it.
A sizable majority of Russians don’t view Putin as the cause of its current economic “downturn”. Instead, they are fully aware why the West is resorting to economic sanctions, i.e. to pin their country down and force a regime change. 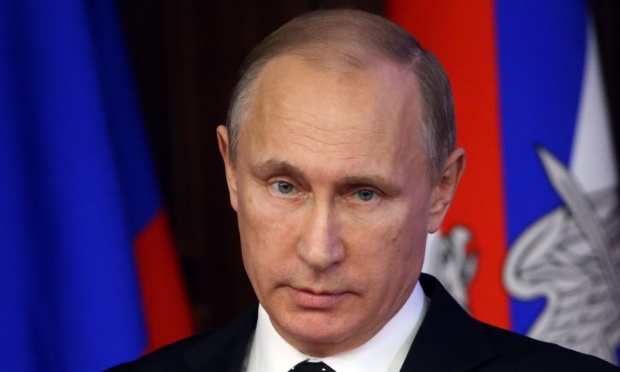 Sir John Sawers, the former head of MI6, has warned against stepping up pressure on Vladimir Putin, the Russian president, over Ukraine and said any change in power in the Kremlin “may well be for the worse”.
The west would have to learn to live with Putin, however unpalatable that may seem, Sawers told an audience of war studies students at King’s College, London. Provoking him could deepen the security crisis facing Europe, he suggested.
“The Ukraine crisis is no longer just about Ukraine,” he said. “It’s now a much bigger, more dangerous crisis, between Russia and western countries, about values and order in Europe.”
Britain’s recently retired chief spymaster said Russia had a formidable nuclear arsenal and Putin wanted these ultimate weapons in his armoury to project raw strength. Russia may have rejected European values but, Sawers said, “we deal with the Russia we have, not the Russia we’d like to have”.
The west “could take on Moscow stepping up our response. Provide weapons to Ukraine so it can defend itself. More stringent sanctions. But how would Mr Putin respond?” Sawers asked.
He added: “As long as Mr Putin sees the issue in terms of Russia’s own security he will be prepared to go further than us. So he would respond with further escalation on the ground. Perhaps cyber attacks against us. We have thousands of deaths in Ukraine. We could start to get tens of thousands. Then what?”
continue reading » 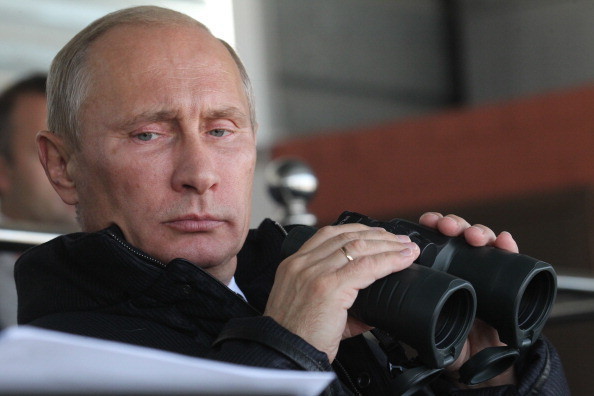 I parse the Russian media (corporate and social) on a daily basis and I am always amazed at the completely different way the issue of western sanctions is discussed.  I think that it is important and useful for me to share this with those of you who do not speak Russian.
First, nobody in Russia believes that the sanctions will be lifted.  Nobody.  Of course, all the Russian politicians say that sanctions are wrong and not conducive to progress, but these are statements for external consumption.  In interviews for the Russian media or on talk shows, there is a consensus that sanctions will never be lifted no matter what Russia does.
Second, nobody in Russia believes that sanctions are a reaction to Crimea or to the Russian involvement in the Donbass.  Nobody.  There is a consensus that the Russian policy towards Crimea and the Donbass are not a cause, but a pretext for the sanctions.  The real cause of the sanctions is unanimously identified as what the Russians called the “process of sovereignization”, i.e. the fact that Russia is back, powerful and rich, and that she dares openly defy and disobey the “Axis of Kindness”.
Third, there is a consensus in Russia that the correct response to the sanctions is double: a) an external realignment of the Russian economy away from the West and b) internal reforms which will make Russia less dependent on oil exports and on the imports of various goods and technologies.
Fourth, nobody blames Putin for the sanctions or for the resulting hardships.  Everybody fully understands that Putin is hated by the West not for doing something wrong, but for doing something right.  In fact, Putin’s popularity is still at an all-time high.
Fifth, there is a wide agreement that the current Russian vulnerability is the result of past structural mistakes which now must be corrected, but nobody suggests that the return of Crimea to Russia or the Russian support for Novorussia were wrong or wrongly executed.
Finally, I would note that while Russia is ready for war, there is no bellicose mood at all.  Most Russians believe that the US/NATO/EU don’t have what it takes to directly attack Russia, they believe that the junta in Kiev is doomed and they believe that sending the Russian tanks to Kiev (or even Novorussia) would have been a mistake.
The above is very important because if you consider all these factors you can come to an absolutely unavoidable conclusion: western sanctions have exactly zero chance of achieving any change at all in Russian foreign policy and exactly zero chance of weakening the current regime.  In fact, if anything, these sanctions strengthen the Eurasian Sovereignists by allowing them to blame all the pain of economic reforms on the sanctions and they weaken the Atlantic Integrationists by making any overt support for, or association with, the West a huge political liability.
But the Eurocretins in Brussels don’t care I suppose, as long as they feel relevant or important, even if it is only in their heads.
The Saker
We can help bring down the Cabal and defeat the Depopulation Agenda
Big Pharma is one of the sources of funds for the Cabal. It also serves as the weapon of mass destruction via vaccine tainted with live virus it is suppose to protect us from, and the deadly chemicals use to treat our diseases that they caused through our GMO / pesticide contaminated food supply.
We can avoid using drugs, defeat any viral attack and scaremongering easily by knowing how to build our own comprehensive antiviral system. Find more about it here.