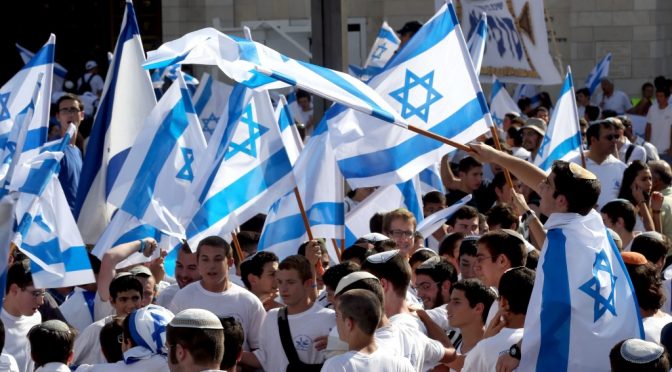 An American political commentator and activist says it is “unprecedented” that a US administration is “breaking ranks” with Israelis, telling them they are liars.  ​
Mark Glenn, writer and co-founder of the Crescent and Cross Solidarity Movement, an interfaith forum dedicated to uniting Muslims and Christians against Zionists, made the remarks in a phone interview with Press TV on Thursday.

On Wednesday, the Obama administration said Israel is issuing false information about America’s position in nuclear negotiations with Iran.

“There’s no question that some of the things that the Israelis have said in characterizing our negotiating position have not been accurate. There’s no question about that,” said White House spokesman Josh Earnest.
He accused Israel of “cherry-picking” intelligence information that distorts the US position.
Glenn said the development is “unprecedented” since “the United States and Israel basically are in bed together on so many intelligence issues.”
“What is more interesting about this is that it indicates really how serious the situation is. The Obama administration, and more importantly the pro-Zionist interests who are responsible for getting him elected to that office, are absolutely intent upon preventing Benjamin Netanyahu from getting an overt war against Iran, that he clearly is demanding, and has been demanding now for many years,” he said.
“The same pro-Zionist interests who are responsible for Obama becoming the president, they have something different in mind with regards to Iran,” he added.
“I think they understand that an overt war against Iran in the same fashion that has been waged against Iraq, this could be very damaging to American interests, and also to Israel’s interests as well,” he noted.
“What we see is taking place here is that we have this… war between two pro-Israel factions that has now entered this new stage where they are actually refusing to release information to Israel related to the Obama administration’s negotiations with Iran over the nuclear issue,” Glenn said.
“Also interesting is that they are basically calling Netanyahu a liar here. They are saying that we can’t trust him with this information because what he does is that he takes it and he twists it in such a way to as to create a picture that does not exist,” he stated.
“In my memory, I have never seen that an American administration has done this, where they actually called for the credibility of the Israeli government and basically in very diplomatic language said that they were liars,” he pointed out.

The already tense relations between the Obama administration and the regime in Tel Aviv began to unravel on January 21 when US House Speaker John Boehner invited Netanyahu to address a joint session of Congress about the alleged threat of Iran’s nuclear program.
The invitation was extended hours after Obama threatened to veto any sanctions legislation against Iran.
Netanyahu’s speech to Congress is scheduled for March 3. The White House has denounced the speech as a “breach of protocol” that could derail the nuclear talks with Iran.
Netanyahu has said he would go ahead with his planned address to Congress to “prevent dangerous agreement” with Iran.
GJH/GJH

Have we Israelis gone crazy, or what?

There is no problem in Israeli-American relations. The problem is Netanyahu’s arrogrant, foolhardy challenge to Obama.

By Yoel Marcus 04:30 20.02.15
The campaign leading up to the March 17 Knesset election will go down in history as what the language of the Talmud would call “bukei srikei” – empty bottles, but also meaning nonsense. I am not only referring to allegations that the prime minister’s wife, Sara Netanayhu, pocketed deposit bottle refunds and failed to repay them in full, or the revelation that everything from Prime…
continue reading »
We can help bring down the Cabal and defeat the Depopulation Agenda