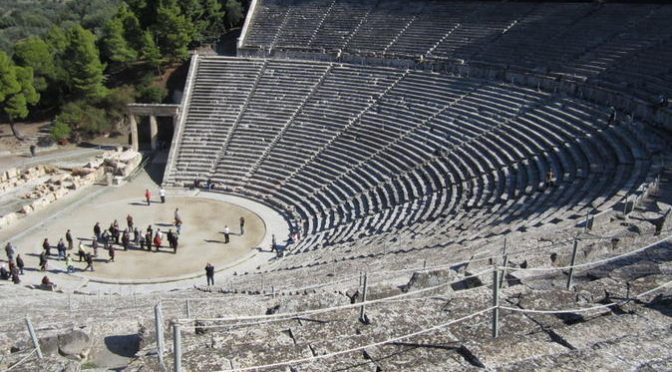 by Raúl Ilargi Meijer of The Automatic Earth
When it comes to the ongoing Greek question, I see a lot of people eagerly jump to conclusions, after the ‘debt deal’, that I don’t think are justified; certainly not yet. The overall conviction in the press seems to be that Syriza has given in on just about all fronts, and Germany and Dijsselbloem are the big winners.

But since that may well be the exact position Syriza wants ‘the other side’ to be in, where they think they have prevailed, one will have to try and think a few steps ahead before judging the situation. There’s far more grey area here than many pundits seem to assume, easily 50 shades of it.
If Greece wouldn’t have given Germany the idea that it was winning, Athens would have already come very close to an exit from the eurozone. The problem with that is that it is not part of the mandate Syriza has been given by Greek voters. Who have spoken out for an end to austerity, but within the existing euro framework.
Varoufakis et al. may long have concluded that such a set-up is simply not realistic, but they would still have to work up to a situation where, at some point, they can present this to the people. And that can only be done after they can convincingly show that Germany and Holland refuse to honor the democratically decided mandate Syriza brings to the table.
They would have to make absolutely sure that the other side gets the blame for the failed negotiations. They have to do that anyway, even if a Grexit is not their preferred outcome. They need to be able to prove that they bent over backwards and Germany still wouldn’t play ball.
The 4-month extension debt deal agreed on this week is still contingent on a set of measures Varoufakis is due to hand to his various European ‘partners’ on Monday. If the ‘partners’ throw out the package, or too much of it, then Tsipras can go to the Greek people and say:
“Look, they’re not acting in good faith, they refuse to honor your democratic vote, and the mandate you handed us with that vote. So what are we going to do now? Do you want to stay in the eurozone and the austerity programs it forces upon you, or are we going to try to find out what would happen if we leave the euro?”
Even if Tsipras et al had been relatively sure, before the recent elections that brought them to power, what the negotiations with the ‘partners’ would lead to, it couldn’t have those negotiations and show the results to the voters. Perhaps as early as this Monday, it may be able to. It was simply always going to be a necessary step in the process.
Over the past week, Syriza has shown its ample willingness to negotiate, to do concessions, so much so that it’s being accused of betraying its voters. Also a necessary step. But if Schäuble and Dijsselbloem overplay their hand the coming week in reacting to Varoufakis’ proposals for getting the 4-month extension, the trapdoor may fall shut, and Greece may start preparing to leave the euro. Either after getting the people’s mandate first, or after being thrown out by Brussels and Frankfurt.
Would that be such a bad thing for Greece? Nobody really knows, even if everyone is more than ready to opinionate about it. One must not forget that things are already very bad in Greece, so threats of armageddon could easily ring hollow.
An interesting perspective comes from a Bloomberg interview with Gordon Kerr, co-founder of Cobden Partners, a firm I know Varoufakis was urged to consider as financial advisors, before Syriza chose to go with Lazard (I can’t seem to embed the video, so please click the link and watch it on Bloomberg, it’s only 5 minutes and worth every second):
Euro Is One of the Worst Designed Currencies
Q: Why should they bail? Why should Greece go: you know what: we’re going it alone?
A: Because that’s probably the best alternative for them in the medium term, if not the very short term. I suspect the reason why Greece is clearly trying to do something with the European Central Bank in the next couple days is maybe they have no contingency plan ready to go.
Q: Is Europe ready for Greece to leave? Are the contingency plans in place?
A: I don’t think Europe has any contingency plans.
And a few more points from the conversation:

I find it hard to believe Syriza wouldn’t know at least a good chunk of what Kerr says. And that would give them a lot more room to move than is generally assumed. Thing is, they need to get that mandate from their voters.
The long and short of it is there are a lot of possibilities, lots of shades of grey area, both when it comes to what people involved are thinking and in what they are doing. It doesn’t seem very wise to draw conclusions before having thought through the possibilities, like a strategist, like an army general or a chess player would.
Perhaps Syriza is just playing for time, perhaps that is their no. 1 priority, just so they create the space to come up with a contingency plan in case they leave the euro. But also perhaps they already have such a plan, and what is happening now is simply part of that plan.
And then there’s the option they’ve already been defeated and they’ll have to get ready for more humiliation next week. It’s just that that would make them look very short sighted, and awfully bad strategists.
We can help bring down the Cabal and defeat the Depopulation Agenda