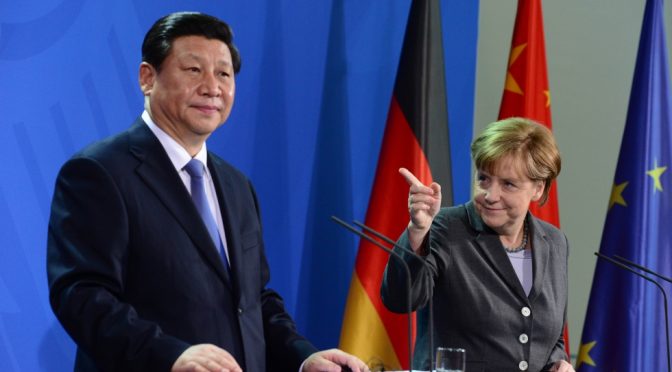 This article first appeared in Deep Resource.
The globe-trotting muckracking journalist, Pepe Escobar, is not a fan of the US global empire, to put it mildly.

In one of his latest articles he gives thought to the question if it is possible to push the US out of Eurasia. The short answer is: yes. Escobar is contemplating the possibility that Germany could join Moscow and Beijing:
specter haunts the fast-aging “New American Century”: the possibility of a future Beijing-Moscow-Berlin strategic trade and commercial alliance. Let’s call it the BMB. Its likelihood is being seriously discussed at the highest levels in Beijing and Moscow, and viewed with interest in Berlin, New Delhi and Tehran. But don’t mention it inside Washington’s Beltway or at NATO headquarters in Brussels… the tectonic plates of Eurasian geopolitics continue to shift, and they’re not going to stop just because American elites refuse to accept that their historically brief “unipolar moment” is on the wane.
The so-called “New Silk Road” 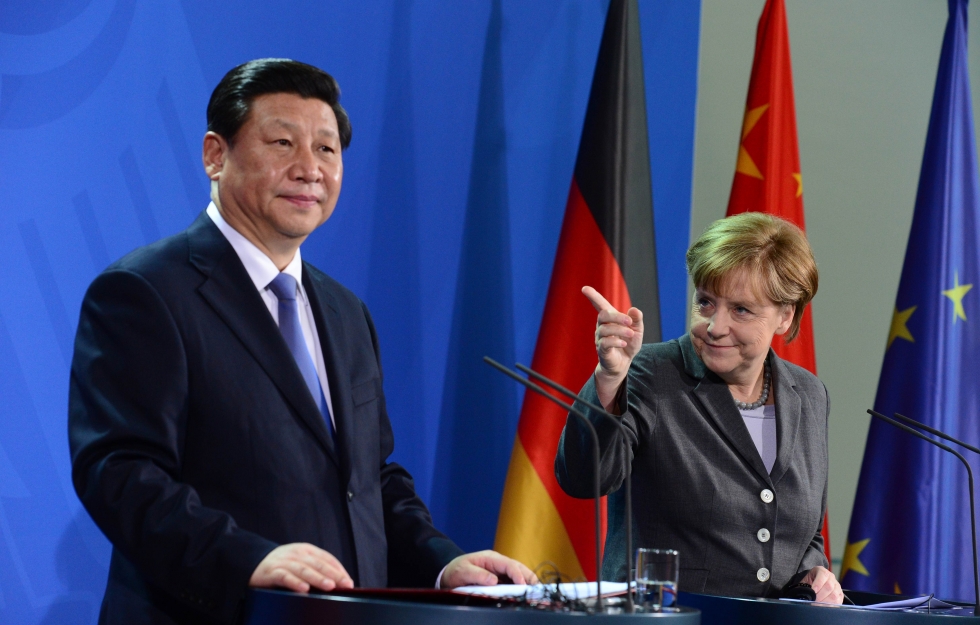 As we have discussed earlier, the US tries to ‘isolate’ Russia and China, through Ukraine and Japan. As far as it is possible to isolate giant land masses like China and Russia in the first place. Perhaps it makes more sense to say that the US keeps its proxies EU and Japan isolated, by setting them up against Russia and China respectively.
In 2013 the Chinese leadership launched their vision of the future, the Chinese Dream. In their own words:
The “Chinese dream,” put forth by Chinese President Xi Jinping, is to build a moderately prosperous society and realize national rejuvenation… The Chinese Dream integrates national and personal aspirations, with the twin goals of reclaiming national pride and achieving personal well-being. It requires sustained economic growth, expanded equality and an infusion of cultural values to balance materialism.
Additionally, President Xi Jinping proposed that part of that dream would be:
a future network of Chinese-organized new Silk Roads that would create the equivalent of a Trans-Asian Express for Eurasian commerce. So if Beijing, for instance, feels pressure from Washington and Tokyo on the naval front, part of its response is a two-pronged, trade-based advance across the Eurasian landmass, one prong via Siberia and the other through the Central Asian “stans.”
In other words: let the US own the oceans, so they can use their king size navy to regulate whale traffic there, while China does business with Russia and Europe… over land. Exit global controller and thalassocratic power USA.
Meanwhile, both Russia and China have lost interest in the West:
Once upon a time not so long ago, Beijing’s leadership was flirting with the idea of rewriting the geopolitical/economic game side by side with the United States, while Putin’s Moscow hinted at the possibility of someday joining NATO. No longer. Today, the part of the West that both countries are interested in is a possible future Germany no longer dominated by American power and Washington’s wishes.
Germany has more than half a century of intense economic cooperation with Russia, beginning with Willy Brandt’s Ostpolitik (1969), followed up with the Erdgasroehrengeschaeft (1970), continued under Helmut Schmidt. In the Global South, Germany is therefore seen as the ‘sixth BRICS member’. German industry resists the current trend to isolate Germany from Russia, dictated by the US. German politics however remains attached to the Atlanticist position. China focuses on domestic development and still no global agenda, or so it seems. There is a military buildup, but not to levels where it could provoke the US:
Instead China turns away from the ocean and concentrates on Eurasian development:
Meanwhile, with the US Navy controlling global sea lanes for the foreseeable future, planning for those new Silk Roads across Eurasia is proceeding apace. The end result should prove a triumph of integrated infrastructure—roads, high-speed rail, pipelines, ports—that will connect China to Western Europe and the Mediterranean Sea, the old Roman imperialMare Nostrum, in every imaginable way.
Other planned route: Xian, Central Asia, Iran, Iraq and Turkey’s Anatolia, ending in Venice. China plans roads, high-speed rail, pipelines and fiber optic networks to link the country with the rest of Eurasia. Umruqi (3m) in desert of north-west China is going to be a hub in the entire system.
In 2018, China could very well be Germany’s top trading partner. Currently Europa is torn apart over Ukraine. Italy and Hungary are pro-, UK, Sweden, Poland, Baltic States and Romania are anti-Russian, Germany holds the middle. Escobar thinks that by 2025 BMB could be a reality.
[thenation.com] – Can China and Russia Squeeze Washington Out of Eurasia? [mirror]
[thediplomat.com] – China’s ‘New Silk Road’ Vision Revealed
[china.org.cn] – China-Europe railway now operational (Sep 3, 2012)
The 11,179-kilometer Yuxinou (Chongqing-Xinjiang-Europe) International Railway, honored as the ‘modern Silk Road’, was officially put into operation on Aug.31. It starts in Chongqing, crosses the Alataw Pass on the border of China into Kazakhstan, and then travels through Russia, Belarus and Poland before arriving in Duisburg, Germany… Via the new railway, it only takes 16 days on average to transport goods from China to European backland, 20 days shorter than ocean shipping from China’s eastern areas.
We can help bring down the Cabal and defeat the Depopulation Agenda
Big Pharma is one of the sources of funds for the Cabal. It also serves as the weapon of mass destruction via vaccine tainted with live virus it is suppose to protect us from, and the deadly chemicals use to treat our diseases that they caused through our GMO / pesticide contaminated food supply.
We can avoid using drugs, defeat any viral attack and scaremongering easily by knowing how to build our own comprehensive antiviral system. Find more about it here.