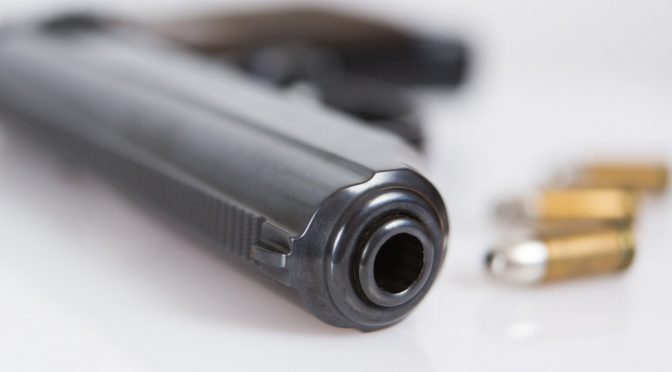 Two suspects to the Nemtsov murder were recently detained and according to an incarcerated professional hitman, the killers were amateurs and their action may not be political in nature.

Two more suspects, apart from Zaur Dadayev and Anzor Gubashev, were arrested on suspicion of involvement in the murder of Russian politician Boris Nemtsov, a spokesman for the Security Council of Russia’s Republic of Ingushetia told RIA Novosti Saturday. 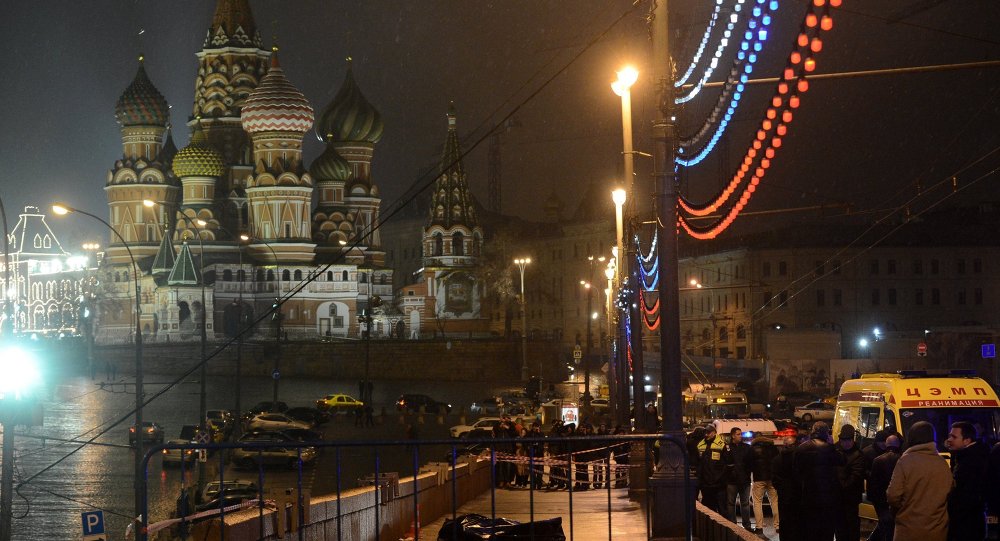 © AP Photo/ Dmitry Lovetsky
Nemtsov’s Lawyer Never Heard of Arrested Suspects
MOSCOW (Sputnik) — Earlier on Saturday, Russian Federal Security Service (FSB) Director Alexander Bortnikov announced that Zaur Dadayev and Anzor Gubashev were arrested on suspicion of the murder of Nemtsov. Both suspects are from the Caucasus region of southern Russia.
Among those detained were “Zaur Dadayev, who is the deputy commander of a unit of ‘Sever’ battalion of the Chechen Republic Ministry of Internal Affairs and another man who was with him in the car at the moment [of the arrest]. Anzor Gubashev who worked in a private security company in Moscow and his younger brother were also detained,” Albert Barakhoyev told RIA Novosti.
© Fotolia/ bilderstoeckchen
Russia’s Most Notorious Hitman Claims Nemtsov’s Killers Were Amateurs
Nemtsov, 55, was fatally shot in central Moscow late last Friday.
Shortly after the tragedy, Russian President Vladimir Putin ordered the Russian Investigative Committee, the Interior Ministry and the FSB to set up a joint investigative team to investigate the murder.
source: http://sputniknews.com/russia/20150307/1019208200.html#ixzz3Tl0LCKaz

Key Witness in Nemtsov Murder Threatened in Ukraine
Two men were arrested on suspicion of the murder of Russian politician Boris Nemtsov, Russian Federal Security Service (FSB) Director Alexander Bortnikov said Saturday.
According to Bortnikov, as cited by Rossiya-24 television channel, the suspects’ names are Zaur Dadayev and Anzor Gubashev.
“According to investigators, the detainees were involved in organizing and committing the murder,” the FSB chief said.
The FSB head added that Russian President Vladimir Putin has been informed of the suspects’ detention.
“Two suspects have been arrested as a result of work carried out today in connection with this crime. These suspects are Anzor Gubashev and Zaur Dadaev and the head of state has been informed,” Bortnikov said.
© Sputnik/ Kirill Kallinikov
Nemtsov Murder Used by US and Allies to Try to Destabilize Russia –Analyst
Boris Nemtsov was fatally shot at 11:40 p.m. Moscow time on February 27 (20:40 GMT), while crossing a bridge next to the Kremlin with Anna Duritskaya, a Ukrainian model who has returned to Ukraine after questioning.
Duritskaya’s lawyer, Vadim Prokhorov, told RIA Novosti that the 23-year-old woman has not been requested to return to Russia for further questioning following Saturday’s detention of suspects.
Shortly after the assassination, Putin ordered the Russian Investigative Committee, the Interior Ministry and the FSB to set up a joint investigative team to solve the murder.
Read more: http://sputniknews.com/russia/20150307/1019187471.html#ixzz3ThhPX4Jr

Boris Nemtsov’s killing last week was probably not a political assassination, as it was carried out by amateurs, said former professional assassin Alexei Sherstobitov.

Gunmen who killed Russian politician Boris Nemtsov last week in central Moscow were amateurs and the pattern of the murder indicates that it was carried out unprofessionally, former hitman Alexei Sherstobitov, currently serving a prison term for 12 assassinations, told Russian news site Gazeta.
Two Suspects Arrested in Nemtsov’s Murder Investigation
Every hitman, first and foremost, is concerned about one thing – how to carry out an assassination with the least amount of risk of being exposed. The most logical choice for a killer would have been to shoot the victim from as far as possible. In Nemtsov’s case, given where the killing took place, the simplest way to execute the assassination would have been to drive along the street, on which the victim was walking, park the car and wait until he approached. Once he was at a shooting distance, the shooter should have slightly opened the car’s window, shot the victim and escaped without putting himself at the risk of exposure. Even an average shooter should be able to hit a person’s head at the distance between 15 and 25 meters. The fact that Nemtsov’s killers made six shots, while only hitting him four times, at a close distance shows their unprofessionalism, Sherstobitov told Gazeta.
“A confident shooter, who often uses his weapon, is unlikely to fire this many shots,” said the former assassin.
…
The former hitman concluded that Nemtsov’s killing was likely a non-political assassination.
Who Mr. Nemtsov Was and Why He Was Killed
“In my opinion, this [Nemtsov] is not a politician who could really influence something. Many people had already forgotten about him,” Sherstobitov said, adding that there are more important and influential politicians out there to assassinate, if one really wanted to cause a real political chaos in the country.
The killing of Nemtsov was not even carried out professionally, the former hitman said, ruling out the political version of the last week assassination.
Read more: http://sputniknews.com/russia/20150307/1019193646.html#ixzz3Thhg72jp
We can help bring down the Cabal and defeat the Depopulation Agenda
Big Pharma is one of the sources of funds for the Cabal. It also serves as the weapon of mass destruction via vaccine tainted with live virus it is suppose to protect us from, and the deadly chemicals use to treat our diseases that they caused through our GMO / pesticide contaminated food supply.
We can avoid using drugs, defeat any viral attack and scaremongering easily by knowing how to build our own comprehensive antiviral system. Find more about it here.