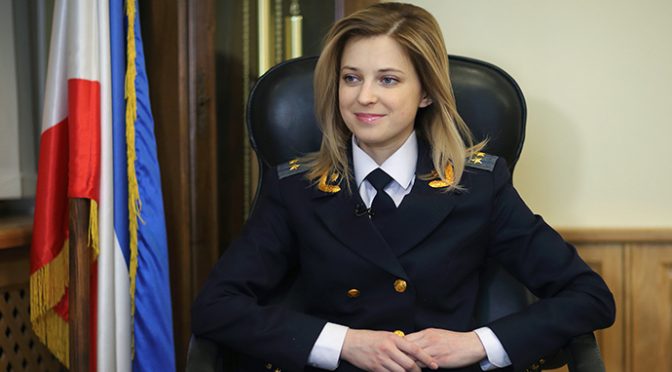 The chief prosecutor of Russia’s Crimean Republic says Ukrainian law enforcers threatened her with prison and death for accepting the post, but failed to make her fear them.

“Agents from the Ukrainian Prosecutor General’s Office called me and threatened me, said that they would throw me in prison, that they would kill me, tear me into pieces,” Natalya Poklonskaya told TASS in an interview just before the completion of her first year in office. The Supreme Legislature of the Crimean Republic appointed Poklonskaya to the post of chief prosecutor on March 11, 2014.
“They said openly and directly that if I quit the Crimean Prosecutor’s Office that very moment they would take it as a voluntary decision to stop criminal activities. They added that a van with a crack squad was already on its way to arrest me and they would throw me into a prison cell,” she told reporters.
“I replied that I would rather be in a prison cell than work for fascists.”
Poklonskaya also revealed previously undisclosed details of her appointment to the position, saying she had received a proposal from then-Crimean Prime Minister Sergey Aksyonov, who had known her for only a few days. At first the Crimean legislature had approved another candidate for this post, but that man turned down the offer at the very last moment. 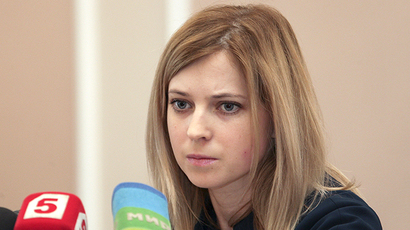 Read more: ‘She annexes your heart’: Reasons why Crimea prosecutor Poklonskaya not to be messed with
She added that when Aksyonov told her it was necessary to assume the position of the top prosecutor in Crimea she said she would do anything that the people of the republic required of her, be it heading the Prosecutor’s Office or simply preparing voting ballots.
“I had no fear, I was about to assume great responsibility and I decided to shrug off any fear – I could succumb to it later. I wanted to complete the work and fear only afterwards. We needed to do a lot to mobilize the people and show them that we were supporting the right cause,” Poklonskaya said.
The 33-year-old career law enforcer was appointed the acting head of the Crimean Prosecutor’s Office at the same time the agency was formed by the order of Russian Prosecutor General Yury Chaika. On May 7, 2014 she was sworn in to the post.
The video from the Poklonskaya’s very first news conference in office went viral on the internet, largely due to her stunning good looks, collecting millions of views. Soon after that Poklonskaya became an internet idol, especially in Japan where her fans call her ‘Prosecutie’, and launched a cult of devotees who called themselves ‘Nataliaites’.
However, she declared was unhappy with that attention.
“I am a lawyer, not a Pokemon or something,” she said in comments about her popularity on the internet.
In December last year, Russian press reported that the Crimean militia had thwarted a plot targeting Poklonskaya and members of her office.
“Several months ago, our guys found a bag with explosives at… the Crimean Prosecutor’s Office and in November it was an envelope with a blasting agent, sent via mail and addressed to the prosecutor,” Sergey Turchanenko, the commander of the People’s Militia told Rossiyskaya Gazeta at the time. 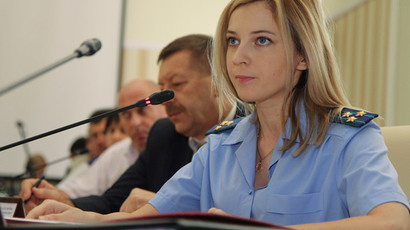 Read more: Bomb attacks foiled at Crimea ‘prosecutie’ office
source »
We can help bring down the Cabal and defeat the Depopulation Agenda
One of the sources of funds for the Cabal is Big Pharma. It also serves as the weapon of mass destruction via vaccine tainted with live virus it is suppose to protect us from, and the deadly chemicals use to treat our diseases that they caused through our GMO / pesticide contaminated food supply.
We can avoid using drugs, defeat any viral attack and scaremongering easily by knowing how to build our own comprehensive antiviral system. Find more about it here. 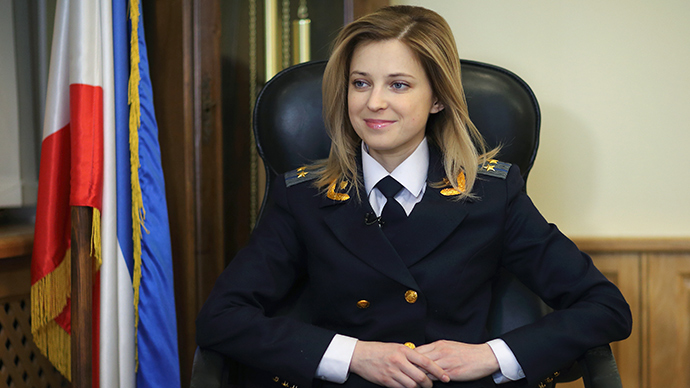