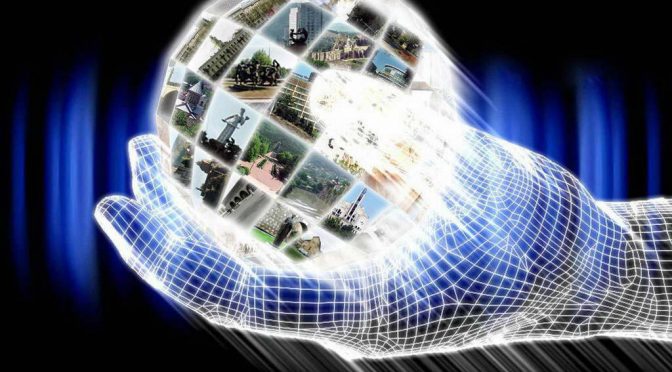 Another question from our guests that we are going to address here is about the schedule for the Global Currency Reset.

As far as the Dong and Dinar are concern, we don’t have the specifics on the subject yet. All currencies will revalue once East and West have completely consolidated their systems.
But events are accelerating from Asia’s point of view and the critical infrastructures are already in place.
As far as we are concern the Global Reset, in general, is already happening. The shift away from fiat currency has been announced and running already.
The completion of the ongoing financial integration of the new asset-based system will be announced once the remaining rouge Cabalists are effectively neutralized. The American and European public need to take some visible actions at this point in time to keep the pressure up.
The shift in consciousness is happening at varying speed worldwide. In my country, it’s very slow but it is starting. In Europe, they are mobilizing and taking some positive actions.
Even tiny nations can do something.
But don’t be surprise if portion of the Oligarchy are with the Reformists. After all, most of us are really not doing anything to make our sentiments even considered.
China for its part has begun manufacturing free energy devices on an industrial scale. Japan is doing the same, too. When this reset is announced the changes would be swift and unstoppable.
So, while the Western Oligarchy is just trying to ride the storm, the East is very serious about it.
So, let’s keep the pressure up and tone the excitement down. We still have a lot of work to do.
–
There are two articles below from ZeroHedge and NESARA. Use your own discernment.

The global currency reset is now 100% confirmed, activated and performing.

Friday, December 12, 2014 21:54
The global currency reset is now 100% confirmed, activated and performing.
Bank of China monies have been received into master paymaster accounts globally, yet still are unreleased to private groups or the public as of Monday evening EST.
The United States Treasury was sequestered to solve government shut down threat this coming Thursday. But remaining cabal leadership, led by David Cohen of UST, is still fighting public disclosure of TRN tooth and nail. However, his delay attempts are futile as the Believe it or not cabal has been rendered incapable of starting yet another war/mass destruction event (a la 9/11 or 3/11).
http://www.inquisitr.com/1661566/u-s-could-face-another-government-shut-down-this-week/#XJ5OdBpfps5JExbz.99
Obama administration wants to make it look like Republicans are blocking 2015 government funding, so the Democrats can step in and create a gold backed currency solution.
This, he hopes, will ensure his presidential legacy before he is either impeached or removed from office by other measures.
Barack Obama is a common citizen again, no longer President of the United States. The Asian Elders are mercifully allowing him to play out his hand and perform his last and final tasks.
The 1871 USA Corporation he was running has been declared insolvent by an international world court that quietly governs the affairs of sovereign nations.  Meaning, all debts and assets of the USA Corporation have fallen back to its initial collateral issuer, which are ancient Asian Royal Families. They were the ones who financed the British Rebellion and put gold up to start the USA back in 1776–and as a tribute, we shoot off fireworks every July 4th.  True story.
Wall Street also wants a quick public solution to their very public derivatives problems, which will becovered by the new gold back currency announcement.  They want to start making big money again under the new banking system.
Meanwhile, 7 global trustees—all with different sign off tiers–have a release agreement in place with Sovereign Families, Governments, Banks, BRICS for the GCR/RV to monetarily begin. It’s final execution date is unknown, but monies are flowing out to holding entities and paymasters right now.
When all 7 trustees have signed off, the public announcement of the RV will occur.  We have confirmationthat 3 trustees have signed off and will be receiving funds.
England’s Prince William is one such trustee, and was in NYC/DC to sign off this week.
http://www.msn.com/en-us/news/us/prince-william-hits-dc-kate-joins-nyc-first-lady/ar-BBgu3A1?ocid=UP97DHP
Chinese Trustees Madame Wu and General Li have signed off and are to receive funds.
New Republic President Carter Ham is another trustee.  This means that the General 64 Group & The Admiral’s Group should get their start after President Ham has signed off, expected this week, as groups have been cleared to receive and disburse payouts.
Historical Bonds began paying outlast Friday worldwide.  Sovereigns families will be hydrated first, followed by governments, tier 1 – 3 banks, private groups, and lastly the general public.
TRN currency and the scheduled public announcement are to be live no later than 12/15, whereby anyone can ask for new currency … and actually get it.
Currently, all on-screen digital accounts, in all banks worldwide, are now gold backed.  That switch was made back in early November without public announcement.  Thus, the public TRN announcement has more to do with the fulfillment of international law rather than being a procedural administrative necessity.
The US Republic government announcement can only come as soon as old corporate government has publicly been denounced; however, the announcement of TRN by former President Barack Obama satisfies this international requirement and is expected at any moment.
No one knows how New Republic information will be made available moving forward, as it is sure to upset the general population that its USA has been bankrupted by its own elected leadership and is now in receivership of foreign Asian Elders.
But at least the TRN announcement is the cabal’s official public acknowledgment of surrender, as it ends their worldwide financially reign via the UD Federal Reserve Bank & Global Central Banking System.
Know the objective of these Asian Elders is to re-establish USA sovereignty, not occupy its boarders and control it’s population.  But to do this, they have to root out all the entrenched toxic power structures and replace it with new leadership. Hence the reality of a General Carter Ham–a loyal American General, working for the Asian Elders,yet serving US interests as a true patriot.
Forex rates for all revaluing currencies will adjust at a moments notice and without advanced warning. That event will occur with no public announcement.  Trading at the new RV rates has been occurring for several months now.
Banks have been training employees to handle redeeming RV currency clients very discreetly, and without extra attention.  Even setting up off site redemption centers to handle heavy volume and high volume clients.
Private, NDA confidential RV redemption have been on going for over a year now, and because Wells Fargo is the new clearing house bank for the new UST Republic government, it has now surpassed all other banks in the USA, and now accounts for 25% of all mortgage loans.
http://www.charlotteobserver.com/2014/12/09/5371997/wells-fargo-now-most-valuable.html#storylink=cpy
Wells Fargo, Chase, Citibank and Bank of America are all now owned in majority by the Chinese Elders. Expect some large banking acquisitions and name changes in the near future. With Wells Fargo originally founded by Chinese Royal Families for Chinese American gold prospectors.
IRS, Homeland Security and FEMA Agencies will be eliminated in the new 2015 USA Republic budget.  All 3agencies were illegal formed under the original USA Constitution, which will also be restored and amended by President Ham.  YES ! THANK GOD
Americans will still pay taxes,just not to the IRS and not as much.  Corporations and banks will have their loopholes closed as well.
All these massive changes, either in banking or basic structure of USA Republic government, has been or will be gradual, as not to upset the general population’s day-to-day routine.
The Asian Royal Elders prefer an anonymous and harmonious transition, as a healthy and financially sustainable USA provides long term growth opportunities for China and the world.
Source: http://nesaranews.blogspot.com/2014/12/the-global-currency-reset-is-now-100.html

The Global Monetary Reset Is Under Way