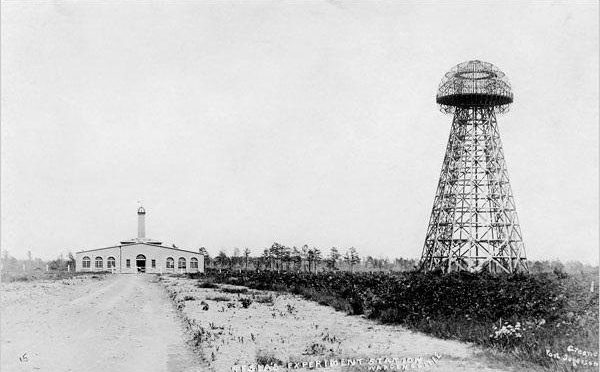 The method to transmit power wirelessly is just the same as the method to transmit data through WiFi or radio/TV broadcasts. You just need to raise transmission wattage to that same level they used for HAARP, 4 gigawatts.
Of course, we also need to install antennas in order to receive wireless power. It doesn’t matter how many people would connect their homes though the transmission, it won’t overload the system ever!

As we’ve mentioned a while back both China and Japan are already manufacturing free energy devices which we might be able to purchase when the reset is completed.
Some of these devices are purposely degraded to make it to the present market. A slight modification would make them 100% efficient.
For wireless power, when bad frequencies are transmitted they can control us, too. So, we need to have these awareness along the way.
This is controlled disclosure.

Japanese scientists have made a breakthrough step towards developing new energy source for humans in the future by for the first time transmitting electric power wirelessly to a pinpoint target using microwaves.
Japanese scientists from the Japan Aerospace Exploration Agency (JAXA) have succeeded using microwaves to deliver 1.8 kilowatts of power through the air to a pinpoint target 55 meters away, a spokesman for the agency said.
“This was the first time anyone has managed to send a high output of nearly two kilowatts of electric power via microwaves to a small target, using a delicate directivity control device,” he said as quoted by AFP on Thursday.
Though the energy was only enough to run an electric kettle and the distance was not huge, this appears to be a giant leap in developing new energy sources. The successful experiment could pave the way to collecting inexhaustible solar energy in space and transmitting it to Earth, the researchers said.
The International Space Station and other satellites have been able to collect solar energy and use it for maintaining work. The main benefit of solar power generation in space instead of Earth is the permanent availability of energy regardless the weather conditions or the time of the day.
JAXA has been working for years on the Space Solar Power Systems project (SSPS) which envisages a space-based solar power plant that generates energy by collecting sunlight in geostationary orbit.
“SSPS consists of a space-based power generation/transmission facility that gathers sunlight, converts it into microwaves or laser beams, and transmits those to the ground; and a power receiving facility on the ground,” said lead researcher Yasuyuki Fukumuro.
Read more‘Historic opportunity’: Renewables start competing with fossil fuels
However, science and technology have not yet reached the point where transmission of solar energy to Earth would be possible. Currently the researchers have moved from the study phase to the technology demonstration phase, Fukumuro said.
“There are many technological challenges to solve before SSPS can be implemented,” he said. “When transmitting power by microwaves, a significant technological challenge is how to control the direction, and transmit it with pinpoint accuracy from a geostationary orbit to a receiving site on the ground.”
The SSPS project sees transmitting microwaves from an altitude of 36,000 kilometers to a flat surface 3 km in diameter, which is “like threading a needle,” he added.
It could take decades before practical application of such technology, said the JAXA spokesman as cited by AFP. He predicted that the SSPS project could be launched by the 2040s.
The idea to supply power from space for use on the Earth was introduced by Dr. Peter Glaser in 1968 and he was granted a patent for it in 1973. The project was supported by NASA and the US Department of Energy, but it was judged too costly and was shut down in the 1980s.
source »
One of the sources of funds for the Cabal is Big Pharma. It also serves as the weapon of mass destruction via vaccine tainted with live virus it is suppose to protect us from, and the deadly chemicals use to treat our diseases that they caused through our GMO / pesticide contaminated food supply.
We can avoid using drugs, defeat any viral attack and scaremongering easily by knowing how to build our own comprehensive antiviral system. Find more about it here.