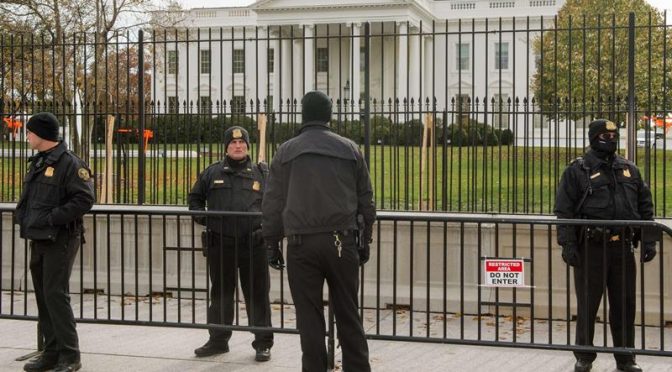 A good try but… 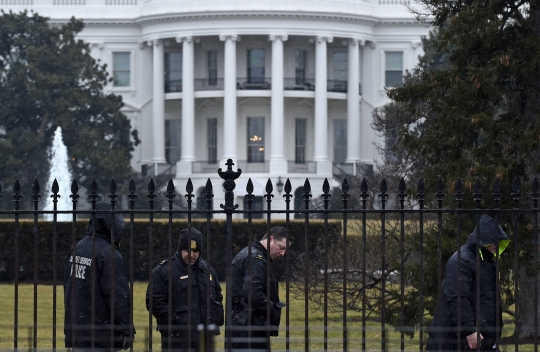 An envelope sent to the White House Mail Screening Facility on Monday tested positive for cyanide, according to an internal law enforcement document obtained by The Intercept.
The envelope listed a return address for a man who the alert says has a record with the Secret Service dating back to 1995, which includes sending a package covered in urine and feces.
That person has sent multiple packages over the years; the most recent package was received on June 12, 2012, which contained mini alcoholic beverages.
“An envelope containing an unknown milky substance, in a container wrapped in a plastic bag, received at the White House Mail Screening Facility, tested positive for Cyanide,” the alert states.
The mail was received at the screening facility on March 15. Initial biological testing done the following day was negative. On Tuesday, however, the chemical testing returned positive for cyanide.
The sample has been sent to another facility to confirm the results.
The Secret Service did not immediately return a request for comment.
Photo: AP
Update: Secret Service spokesman Robert Hoback would not provide additional information, citing an ongoing investigation. In response to questions about the suspect’s status, he told The Intercept he did not know if the suspect was in custody, if the agency knew of his whereabouts, or had any contact with the man.
source »
One of the sources of funds for the Cabal is Big Pharma. It also serves as the weapon of mass destruction via vaccine tainted with live virus it is supposed to protect us from, and the deadly chemicals used to treat our diseases that they caused through our GMO / pesticide contaminated food supply.
We can avoid using drugs, defeat any viral attack and scaremongering easily by knowing how to build our own comprehensive antiviral system. Find more about it here.