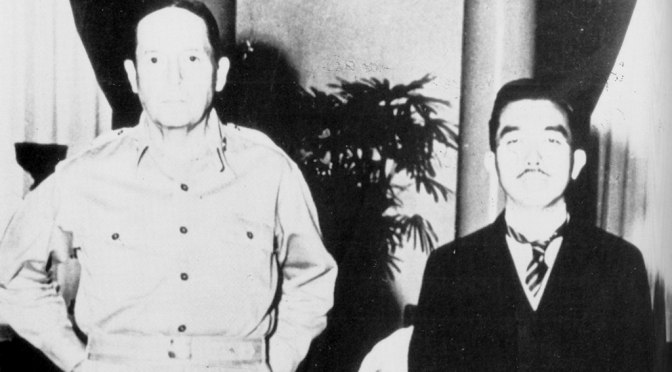 Mainstream accounts of our history are already distorted and we are only beginning to learn the real story. Presently, there are also flagrant attempts to discredit the almost unilateral contribution of the Russians to the downfall of the Nazi expansionist regime late in the 1930s and onward.

China, for its part, has always raised the issue of Japan’s willful denial of its past crimes against the Chinese especially during the Rape of Nanking, 1937-1938. At least 300,000 thousand lives were lost by the Chinese and 100,000 lives were lost in the Philippines.
Let it be understood that all the troubles in Asia were caused by skillful machinations of the Jesuits. These Vatican Assassins controlled both sides of the conflict as manifested by the deafening silence of the Vatican during the entire duration of the war and as can be seen by the photographs below:

Ahead of visits by Chinese President Xi Jinping and North Korean leader Kim Jong Un, Russian President Vladimir Putin on Tuesday spoke out against “attempts at distorting the events” of World War II.
“Their goal is obvious: to undermine Russia’s power and moral authority, to deprive it of its status of a victorious nation, with all the ensuing international legal consequences, to divide peoples and set them against each other and to use historical speculations in their geopolitical games,” said Putin at a meeting of the organizing committee of the Victory celebrations. The Russian President had earlier last year signed a law making the denial of Nazi crimes and distortion of the Soviet Union’s role in the World War II a criminal offence.
Chinese President Xi Jinping and North Korean leader Kim Jong Un will be attending the commemoration events in Moscow in May.
Putin and Xi have both, in recent months, warned against “distorting history”.
Chinese President Xi Jinping said at a war commemoration event in December that “forgetting history means betrayal and denying the crime means committing it once again.”
Putin, on Tuesday, ordered the organizing committee, established for the 70th anniversary celebration of the victory of the Anti-Fascist War on May 9 in Moscow, to effectively counter worrying attempts to “rewrite history”.
“This is a very important work to involve the young people in preserving historical memory about the events of the Great Patriotic War, about the key role of the Soviet Union in the victory over Nazism,” a Kremlin statement quoted Putin.
More than a dozen countries are sending their military units to take part in the victory parade at the Red Square in Moscow on May 9th, which marks the 70th anniversary of the end of the war.
26 countries, including China, Greece, Vietnam, Netherlands, Egypt, have confirmed their attendance at the celebrations in Russia.
Russian and Chinese Presidents will exchange state visits to mark the 70th anniversary of the end of World War II this year.
“As two of the main battlefields in Asia and Europe during World War Two, China and Russia will hold a series of celebrations, and state leaders will attend commemorations held in each other’s country,” said Chinese Foreign Ministry spokesperson Hua Chunying in January this year.
China’s War of Resistance Against Japanese Aggression, led to the death of some 20 million Chinese, according to Beijing’s estimates. It ended with Tokyo’s World War II defeat in 1945.
On May 9, Russia commemorates the sacrifice of the millions who fought and died to bring down the Third Reich and end Hitler’s expansionist whims.
Although most Western historians believe that 22 million Soviets died in the Great Patriotic War, Russian sources put the number higher – at 27 million people.
Russia’s Red Army lost 8.5 million troops – a figure comparable only with German losses. Another 18 million were civilians who died as a result of Hitler’s genocide.
TBP
Oliver Stone’s massive  documentary about the real WW2 story consciously omitted the Jesuits’ actions during the war which led many to suspect he’s another Jesuit stooge just like conspiracy theorist Jesse “Jesuit” Ventura.


Those Nazis who were subjected to the Nuremberg Trials were not the cream of the crop. Most of the high-ranking SS agents were scattered throughout the Americas through the Vatican Ratlines.
One family even made it to the White House twice. The same family is aiming for a third.

We can only scratch a thin surface of a story in one article. It is therefore prudent for any truth researcher to expand his awareness on the subject beyond what’s been discussed here.
One of the significant sources of funds for the Cabal is the healthcare industry which registered a whopping $2.7 trillion in 2011, and is projected to soar to $3.6 trillion in 2016, in the US alone. We believe that this is just a conservative figure.