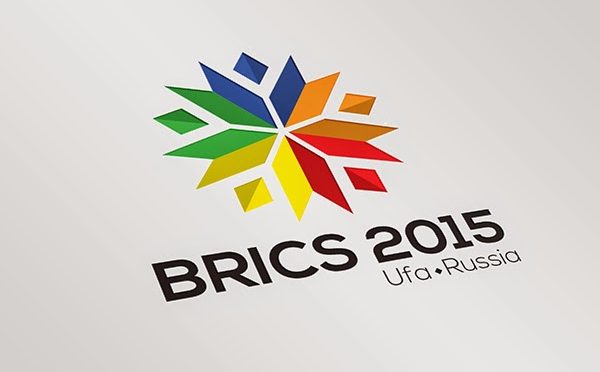 Japan is now entertaining the idea of joining the China-led World Bank 2.0, while Australia, with its well established economic cooperation with China, is already showing positive signs since its mother corporation, i,e, United Kingdom, has already decided to join in.

The United States will have no other choice in the near future, but to go with the flow.

By Tetsushi Kajimoto and Ian Chua
TOKYO/SYDNEY Fri Mar 20, 2015 8:37am EDT
(Reuters) – Australia said on Friday there was a lot of merit in the China-led Asian Infrastructure Investment Bank (AIIB) while Japan’s finance minister signaled cautious approval of the institution that the United States has warned against.
However, other top officials in Tokyo were more sceptical, reflecting a split in the government of Prime Minister Shinzo Abe over whether joining an institution launched by Japan’s main rival would help or hinder its interests.
The Sydney Morning Herald newspaper reported that Canberra could formally decide to sign up to the AIIB when the full cabinet meets on Monday.
Japan, Australia and the South Korea, all major U.S. allies, are the notable regional absentees from the AIIB. The United States, worried about China’s growing diplomatic clout, has questioned whether the AIIB will have sufficient standards of governance and environmental and social safeguards.
But the opposition to the AIIB began crumbling after Britain said earlier this month that it would join the institution, maintaining it was in its national interest. France, Germany and Italy swiftly followed suit.
Australia now appears close to joining, although no formal decision has been made, and Beijing said Japan and South Korea were also considering the possibility.
China’s Finance Minister Lou Jiwei said the bank would be set up by the end of the year and would complement rather than compete with other institutions, including the World Bank and the Asian Development Bank (ADB), the Manila-based multilateral institution dominated by Japan and the United States.
“All parties will by the middle of this year complete talks and sign the charter for the AIIB, and by year-end will make the charter effective and officially establish the AIIB,” Lou said in an interview with state media, adding that Beijing was “maintaining communication” with the United States and Japan.
Asked about Australia, South Korea and Japan joining the bank, China’s Foreign Ministry said it was “open” to it.
“They have all already expressed that they are contemplating the issue at hand,” ministry spokesman Hong Lei told a daily briefing. “We are open to them making the relevant decision.”
Japanese Finance Minister Taro Aso said Tokyo could consider joining the China-led bank if it could guarantee a credible mechanism for providing loans.
“We have been asking to ensure debt sustainability taking into account its impact on environment and society,” he told reporters after a cabinet meeting.
“We could (consider to participate) if these issues are guaranteed. There could be a chance that we would go inside and discuss. But so far we have not heard any responses.”
Other officials were more leery, reflecting Tokyo’s concern over China-led lending practices, its relations with major ally Washington and the AIIB’s potential rivalry with the ADB.
“We have a cautious position about participation,” said top government spokesman Yoshihide Suga.
But a source familiar with Japan’s policy-making said Tokyo should get involved to help ensure best practices and to avoid being left out. “Now it has become awkward as Europe joins but the U.S. and Japan stay out,” the source said.
According to one senior official in the ruling coalition, the result of the differences is that Japan’s participation “is not going to happen under the Abe administration”.
OUR NEIGHBOURHOOD
Australian Treasurer Joe Hockey said no final decision had been made on Australia’s involvement but the matter had been under careful consideration.
“More than 30 countries have already signed up. This is going to operate in our region, in our neighbourhood,” he told a radio station in Brisbane.
“There is a lot of merit in it, but we want to make sure there are proper governance procedures. That there’s transparency, that no one country is able to control the entity.”
The Sydney Morning Herald said Canberra could invest as much as A$3 billion ($2.3 billion) in the bank and that the National Security Committee has cleared the way for the investment.
South Korean government officials denied a newspaper report that Seoul had decided to join in exchange for a five percent stake in the AIIB and the position of deputy chief.
The finance ministry said in a statement South Korea will make a decision on whether to join the bank “through close consultation with major countries and after considering various factors such as economic advantages and disadvantages”.
Hockey said joining the AIIB would not affect Australia’s close relationship with the United States and also referred to the gains that Australian companies could reap.
“The United States understands that this is a bank that’s going to be operating in our region. It’s going to be using contractors in our region. We want Australian contractors involved, we want work for Australians out of this bank,” he said.
“And because it’s operating in our region, in our neighbourhood, it is important that Australia fully understand and look at participating in this Bank.”
($1 = 1.3067 Australian dollars)
(Additional reporting by Leika Kihara, Yuko Yoshikawa and Kaori Kaneko in TOKYO and Megha Rajagopalan and Michael Martina in BEIJING, Editing by Raju Gopalakrishnan)