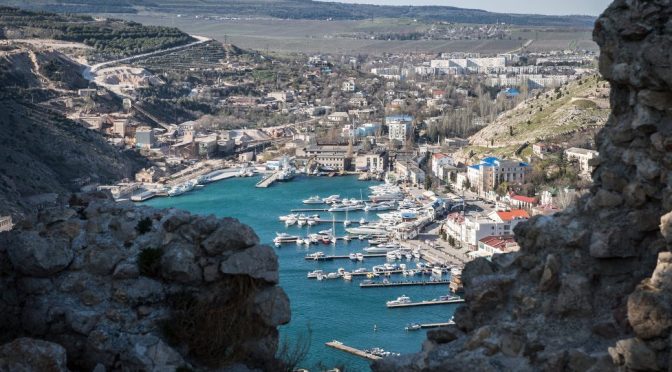 More undeniable proofs of the cruelty of “Russian aggression” in Crimea and the “proper standards” exercised by the US installed democratic government in Kiev.

Already, hundreds of companies have shut down their operations in Eastern Ukraine and thousands of miners in the Western part of the country are on strike for unpaid wages and worsening conditions. These are the effects of the US led invasion of the country.
In striking contrast, the annexation of Crimea is gaining foreign investments from China, Turkey and even Israel? 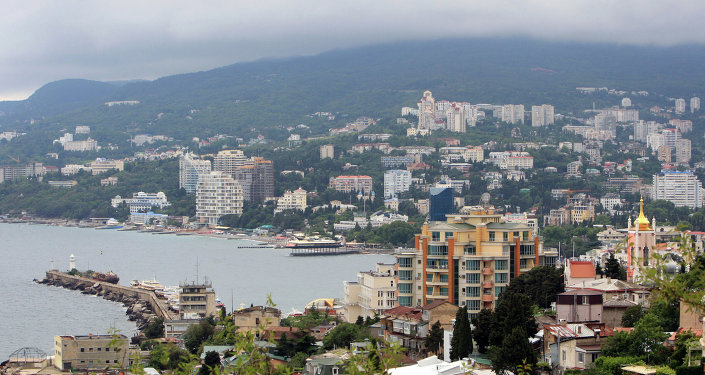 © Sputnik/ Taras Litvinenko
Western Companies Interested in Investment in Crimea – Minister
Muradov added that many foreign companies have already invested in the region’s development, including Turkish, Israeli, Chinese, and even western European firms, despite the EU sanctions prohibiting them from doing business in Crimea due to Russia’s alleged involvement in the Ukrainian affairs.
“We have many investors – especially from Turkey, from China, from Israel, from even West European countries – which are coming to us, independently from the sanctions. They invest through other companies and have big profits working in Crimea,” Muradov said.
The official highlighted that Crimea, as part of Russia, participates in various international projects.
“There will be a big exhibition in Saudi Arabia in March. We shall take part in it. It will be a so-called ‘road show’… We also plan […] contacts with different business structures and corporations of China,” Muradov said.
After Crimea rejoined Russia following a March 2014 referendum, President Vladimir Putin signed a law on the establishment of a free economic zone in Crimea and the federal port city of Sevastopol.
Large investors will receive additional tax incentives, including duty-free import of goods and equipment.
Read more: http://sputniknews.com/russia/20150324/1019922355.html#ixzz3VNur4Omv

Some 10,000 miners go on strike in western Ukraine © Maxim Nikitin/TASS
About 1,000 miners protest by Ukrainian parliament against overdue wages
Earlier Tuesday, miners held a rally in the town of Dmitrov in the Lviv Region. On Monday, miners held a rally in front of the Lvov administration building. A few hundred miners demanded that wage arrears for January-February be paid to them.
Earlier, miners organizations held a number of protest rallies in front of the presidential administration, the cabinet of ministers and the Verkhovna Rada, Ukraine’s unicameral parliament, in Kiev.
Miners demanded that wage arrears be repaid to them and amendments be introduced into the law “on Ukraine’s state budget for 2015,” to stipulate expenditures for stable work and development of the coal industry, labor protection and wages for miners. US lethal weapons supplies to Ukraine may kill Minsk accords — Russian OSCE envoy Kelin
East Ukraine militia leader urges Obama not to supply lethal arms to Kiev
US lethal arms to Ukraine will strengthen Kiev’s party of war — Russian lawmaker
US Congress passes resolution urging Obama to start arming Ukraine with lethal weaponry
Media: armed volunteer battalions heading for Kiev
Zakharchenko said that Ukraine was bringing back heavy weapons to the line of disengagement.
“Ukraine has not pulled back weapons. It is bringing them back. The pullout was a fake,” he said.
The militias are expecting more provocations by Ukraine’s volunteer battalions, “which have already said they are not obeying orders from Kiev,” he said.
In case the situation gets worse, Zakharchenko said, the Ukrainian forces may mount attacks in three directions – south, north-western and in the area of Debaltsevo to cut the Donetsk Republic away from the Luhansk Republic.
“The way I see the situation, I believe there will be three attacks,” Zakharchenko said. “The main group of the Ukrainian forces is concentrated in the areas of Volnovakha, Krasnogolovka, Artyomovsk, Kurakhovo and other communities. US plans to begin training of Ukraine’s national guardsmen in April
source »
One of the significant sources of funds for the Cabal is the healthcare industry which registered a whopping $2.7 trillion in 2011, and is projected to soar to $3.6 trillion in 2016, in the US alone. We believe that this is just a conservative figure.
We can avoid using drugs, defeat any viral attack and scaremongering easily by knowing how to build our own comprehensive antiviral system. Find more about it here.

One thought on “Crimea Attracts Investment; 10,000 Kiev Miners on Strike for Unpaid Wages”