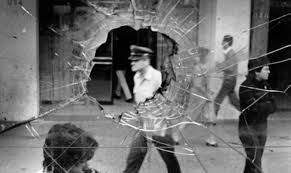 When Obama declared Venezuela a threat to the United States, it was at best a mere speculation or a sign of insecurity. Incidentally, it backfires towards the United States own unpublished crimes in South America, and there were many.

Some of them are: 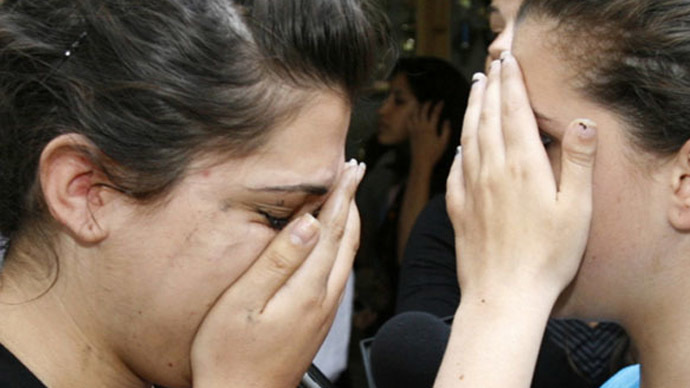 Fifty-four Colombian girls were sexually abused by US troops and military contractors between 2003 and 2007, claims a new report by the country’s reconciliation commission. None of the perpetrators were ever prosecuted because US forces had immunity.
The claims are part of an 800-page report by an independent commission established by the Colombian government and the Revolutionary Armed Forces of Colombia (FARC) rebel group. The commission’s goal is to determine the causes and document the consequences of the civil war that has ravaged the country for 50 years and claimed over seven million lives.
“There exists abundant information about the sexual violence, in absolute impunity thanks to the bilateral agreements and the diplomatic immunity of United States officials,” Renan Vega, of the National University of Colombia in Bogota, told Colombia Reports.

Vega authored the portion of the report documenting the allegations of sexual abuse by US military personnel and contractors, deployed in the country under ‘Plan Colombia’ to back the government against FARC and cocaine cartels.
Most of the abuses allegedly took place in Melgar, a town in the province of Tolima, located 61 miles (98 km) southwest of Bogota. In one instance, contractors based at Tolemaida Air Base were abusing more than 50 underage girls and making pornographic videos.
READ MORE: Immunity for US troops in Afghanistan reveals colonial nature of Security Pact
In another instance, in 2007, one US sergeant and a security contractor were accused of sexually assaulting a 12-year-old girl. An investigation by Colombian prosecutors established that the girl had been drugged and assaulted inside the military base by Sergeant Michael J. Coen and contractor Cesar Ruiz. Both were flown out of the country, as terms of the US-Colombian Status of Forces Agreement (SOFA) gave US personnel immunity from local laws.
The girl and her family left Melgar and moved to Medellin, claiming harassment and threats from the US-allied government forces.
The Colombian daily El Tiempo reported that Melgar was dealing with a ”a growing societal problem” of sexually exploited minors, “augmented by the presence of foreigners, especially those from the United States tied to oil and military endeavors.” The newspaper reported that there had been 23 formal complaints in 2006 and 13 in 2007. Left-leaning news site El Turbion corroborated the numbers.
According to the government, 7,234 Colombian women were registered as victims of sex crimes during the conflict.
source »

Nicaragua UN Rep: US Threat to Latin America, Not Venezuela

The Nicaraguan representative said that today the U.S. threatens Venezuela, but tomorrow it could be anywhere else in Latin America. Nicaragua’s representative to the United Nations ​has called on all countries in Latin America and the Caribbean to reject the “unacceptable” United States aggression against Venezuela.
“In the region we cannot permit attacks against a sister republic, wherever they are from. Because today it’s Venezuela, and tomorrow it could be anywhere else, as history has demonstrated,”
Maria Rubiales said during the 59th Session of the Commission of the Status of Women.
RELATED: 7 Reasons Why Obama’s Executive Order Is Ridiculous
According to Rubiales, all international organizations and regional integration mechanisms should denounce the threats U.S. President Barack Obama made in handing out fresh sanctions and declaring Venezuela a threat to “national security.”
“It is absurd and unreal what Obama put forward, how Venezuela could constitute an unusual and extraordinary threat for the United States,” said Rubiales. “The planet knows that the only and true danger for the sovereignty of the people is imperialism, represented by the North American government. We will continue fighting, we cannot accept this new aggression against Latin America and the Caribbean.”
This content was originally published by teleSUR at the following address:
http://www.telesurtv.net/english/news/Nicaragua-UN-Rep-US-Threat-to-Latin-America-Not-Venezuela—20150316-0028.html.

One of the significant sources of funds for the Cabal is the healthcare industry which registered a whopping $2.7 trillion in 2011, and is projected to soar to $3.6 trillion in 2016, in the US alone. We believe that this is just a conservative figure.
We can avoid using drugs, defeat any viral attack and scaremongering easily by knowing how to build our own comprehensive antiviral system. Find more about it here.